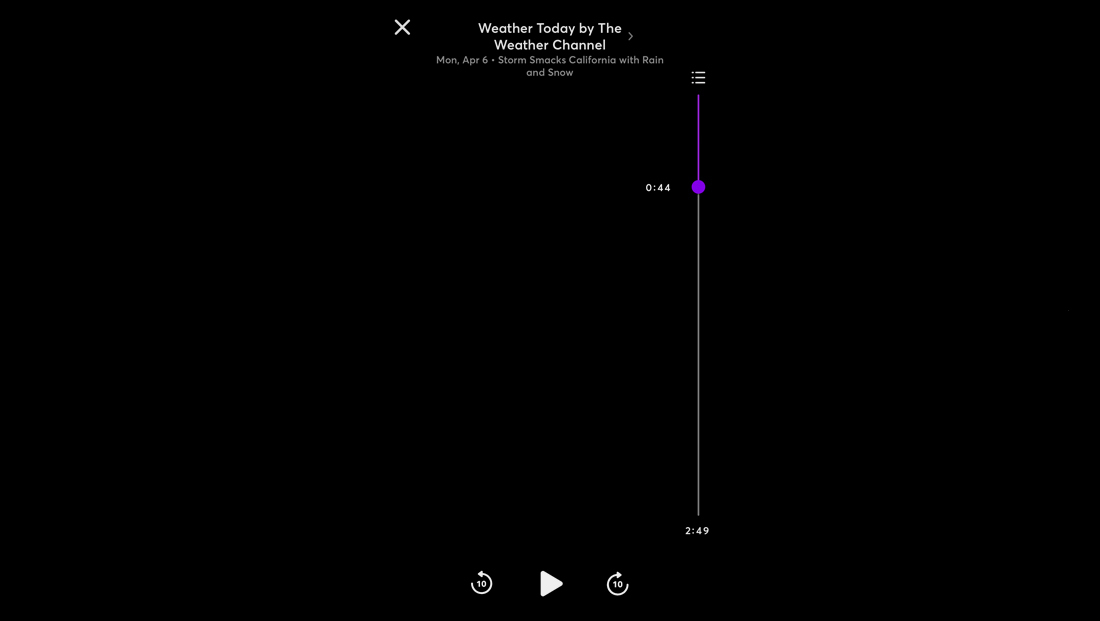 Quibi, the new mobile video startup that mixes short entertainment clips and “Daily Essentials” news and weather programming, launched today — but it’s not exactly easy to show you what it looks like in the rich multimedia experience you’re used to from NewscastStudio.

It you want to see what it looks like — you’ll actually have to download it yourself and sign up for the 90 day free trial (that’s what Quibi told at least some members of the media asking for access to review the app and its offerings).

To avoid being charged for the service later (or having to keep track of the date you’ll start getting charged), here’s a way to avoid that.

NewscastStudio created a free account as suggested by the Quibi PR team but then quickly discovered Quibi’s app takes advantage of an iOS feature that lets developers block users from taking both still and video screenshots from inside the app — so short of taking photos of one iPhone’ screen using another iPhone, there isn’t a great way to really showcase the news and weather graphics, music and other elements the content, produced by NBC News, BBC and The Weather Channel, looks like.

NewscastStudio tried using a variety of higher tech screen capture tools — none of which work.

So, we give you the image above.

NewscastStudio reached out to Quibi repeatedly over the past few weeks for access to visuals, preview access and other requests and was only told to sign up for a free trial.

So, here’s a stab at trying to describe what’s going on in Quibi — without actually being able to show you.

Both NBC and BBC are providing news content — and NBC acknowledges producing content from home. The segments are, as the platform bills itself, short and sweet.

They feature well done animations that — in a unique move — adapt to either landscape or portrait mode.

For Quibi’s part, it doesn’t appear it’s simply using content produced using “safe areas” — but on screen elements dynamically change positions and sized based on which orientation the user is holding his or her device.

Somewhat oddly, however, the user interface that lets users browse what content is available doesn’t adapt to landscape mode in NewscastStudio’s tests.

For The Weather Channel’s first outing, the segment focused on three major worldwide stories — including Australian dust storms — complete with an animation show the science behind what causes this. Not shockingly, it’s combination of wind and dust — so this was a pretty weak debut of explainer video.

The tail end of “Weather Today” featured a regional weather forecast that jumped around the country.

NewscastStudio has reached out to Quibi, NBC, BBC and The Weather Channel PR teams requesting visuals to accompany this article, but did not hear back from any of them.