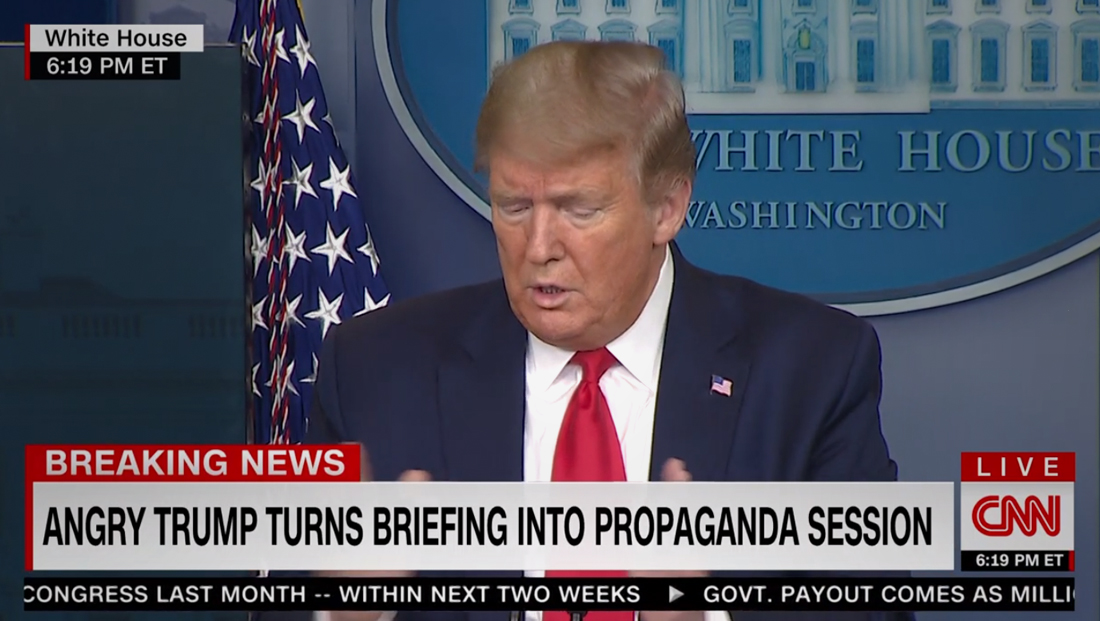 As the debate over the value of carrying the daily coronavirus task force briefings live — especially parts featuring Donald Trump — wages on, CNN filled Monday, April 14, 2020’s, event with a series of bold banners that run while key speakers were at the lectern.

Commonly referred to as “chryons” after the trademarked graphics system of the same name that some stations and networks use to insert these types of graphics, they are more accurately described generically as “banners” or “lower third inserts.”

Inside CNN, these graphics are often referred to as “fonts.”

Many of the banners below rotated throughout the entire briefing, while others, more specific ones, only showed up during select times.

Below are the highlights of CNN’s banner-palooza, presented in unedited form. 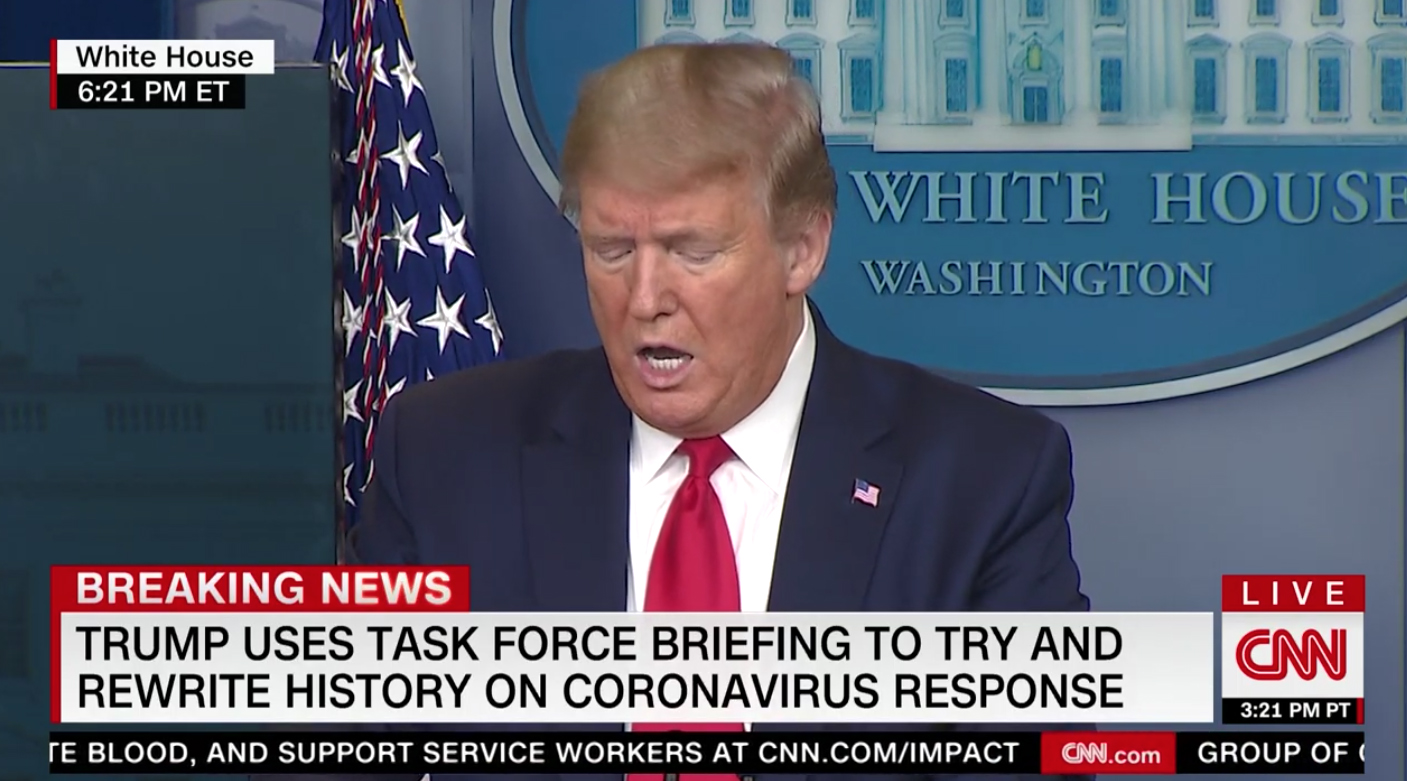 CNN did carry the even live, something that some network staffers (see here and here) have called to cease, but interrupted the feed in progress multiple times to add context and fact checking to what was happening on screen. 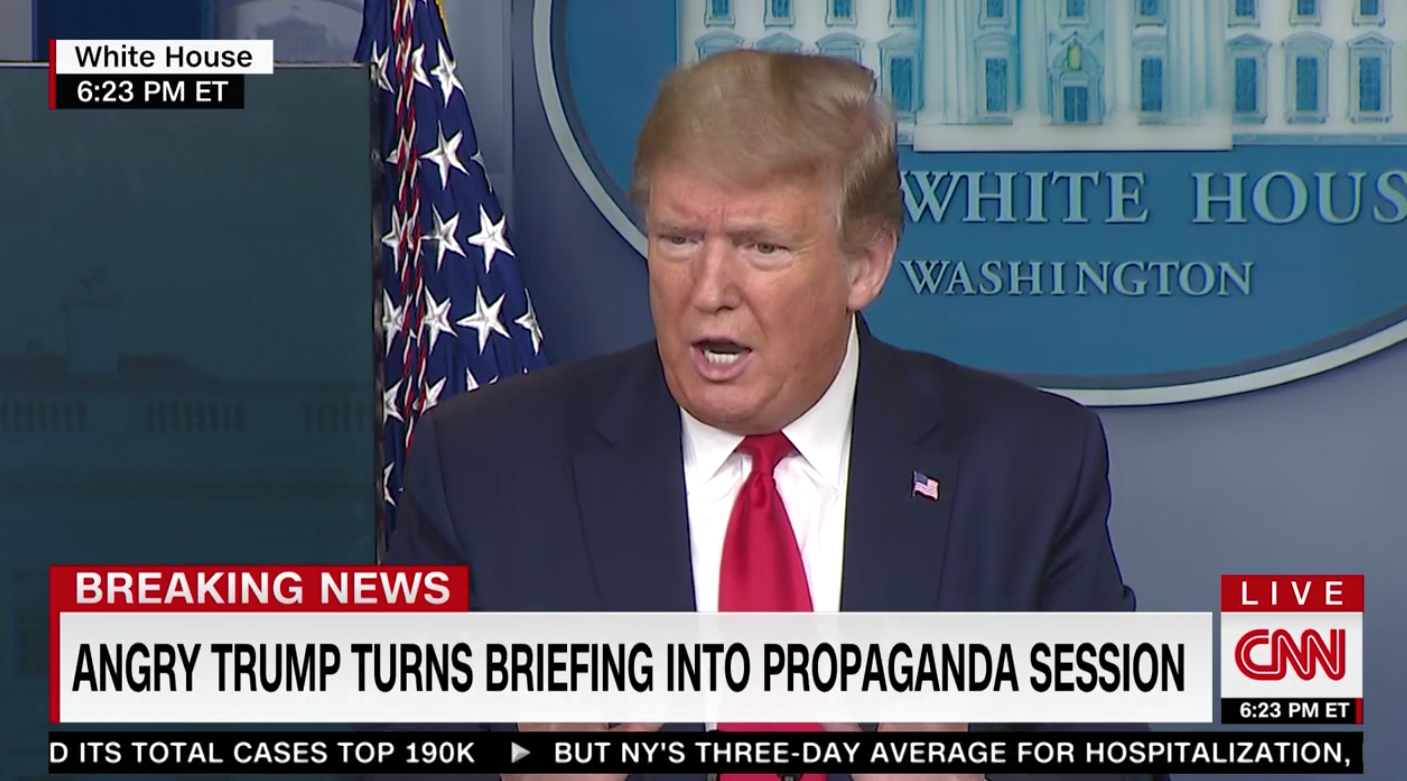 MSNBC and Fox carried the briefing as well. 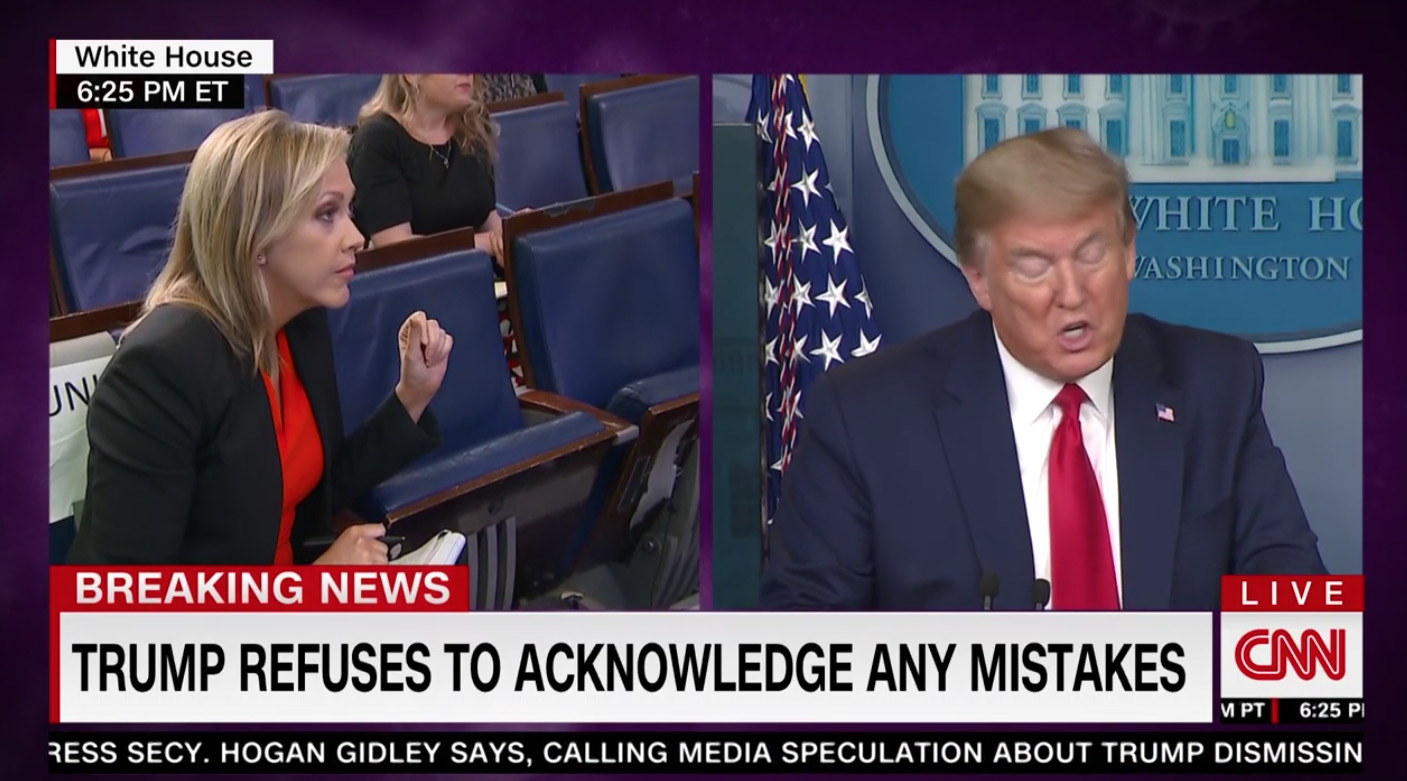 In the early days of the pandemic, most networks would break in to carry the events live as well, but that has mostly been dropped. 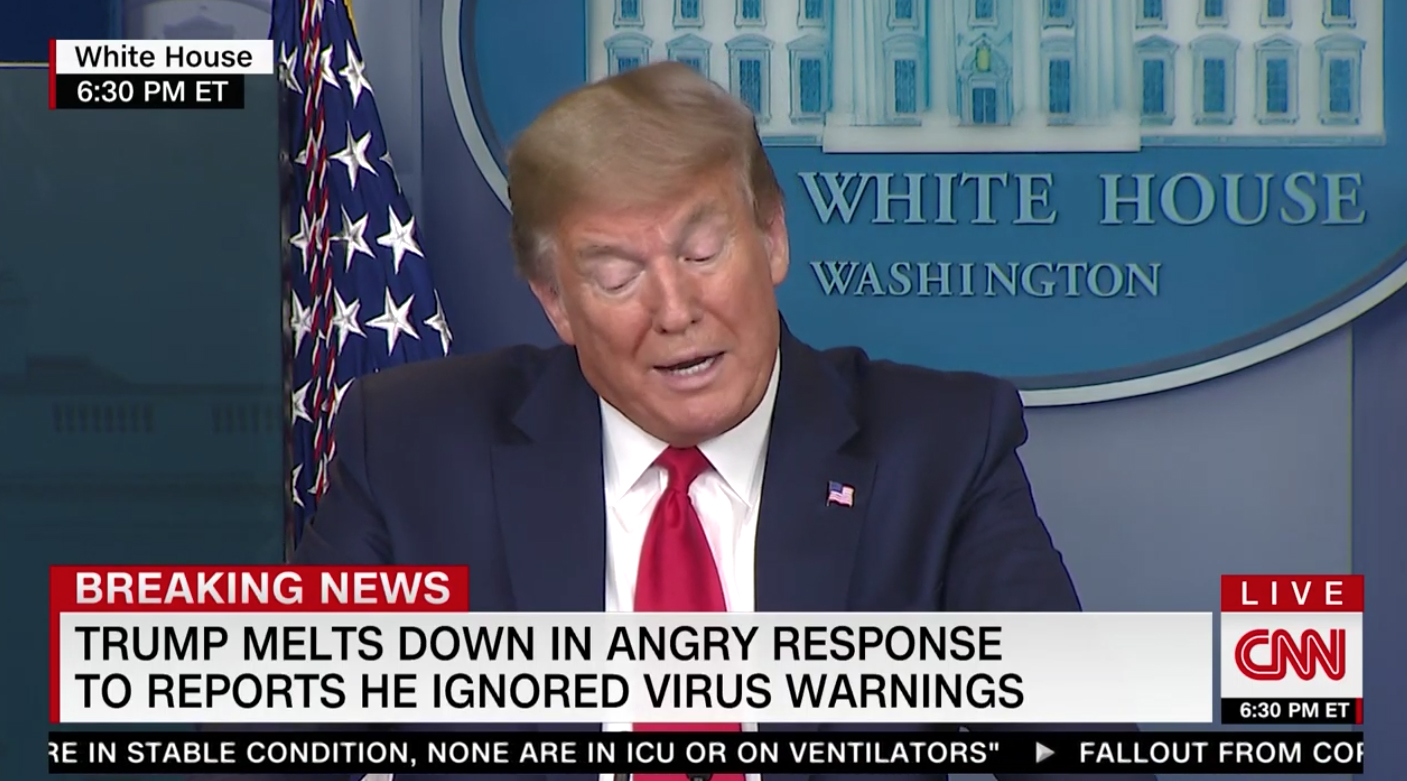 During Monday’s briefing, Trump showed a video that some are labeling as “biased” and “propaganda” trumpeting his own “accomplishments” but also omitting significant facts and events — and all but avoiding mention of other key points. 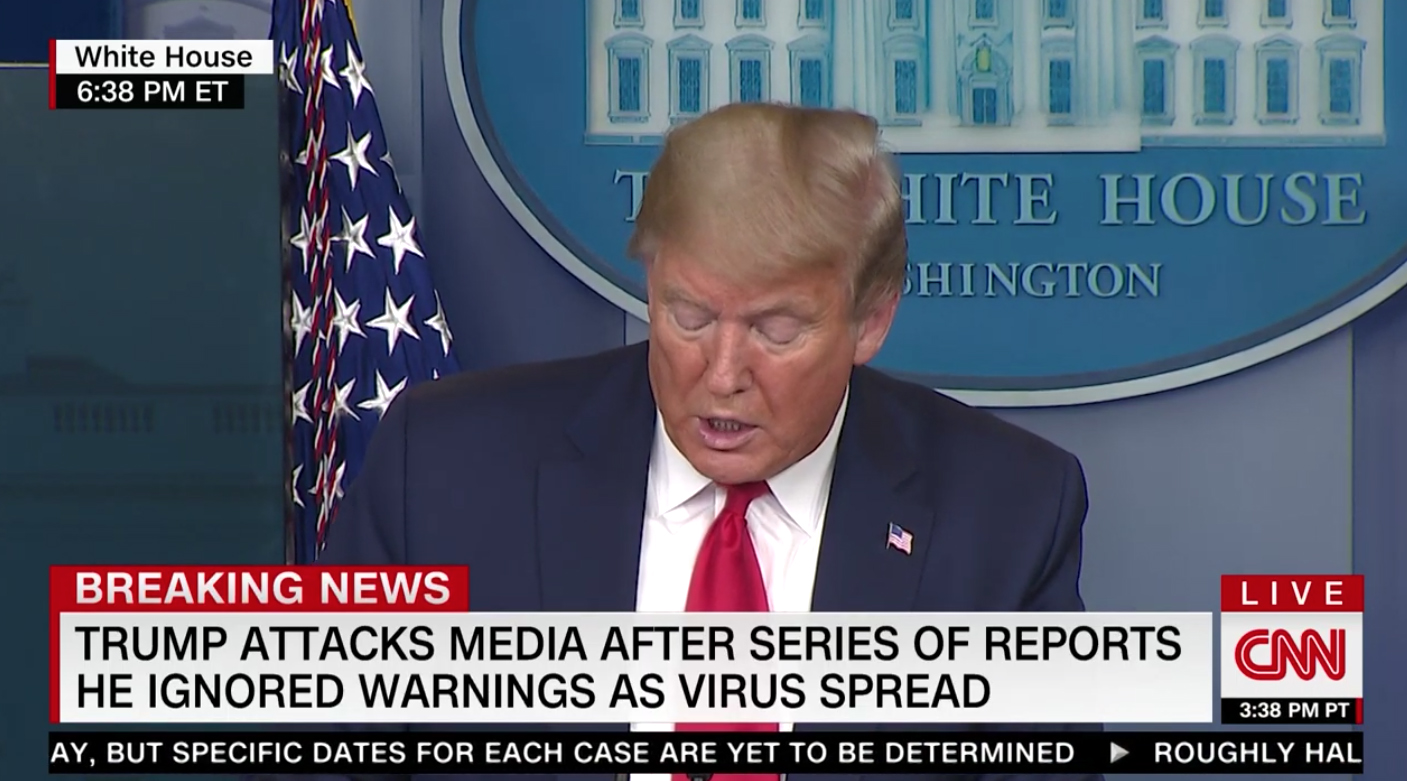 The clip also included a montage of clips from ABC’s “Good Morning America,” “NBC Nightly News,” Fox’s “Hannity” and “CBS This Morning” of correspondents and panel members saying the coronavirus wouldn’t prove to be a major issue — but those clips were used as they were aired on Fox’s conservative commentary channel. 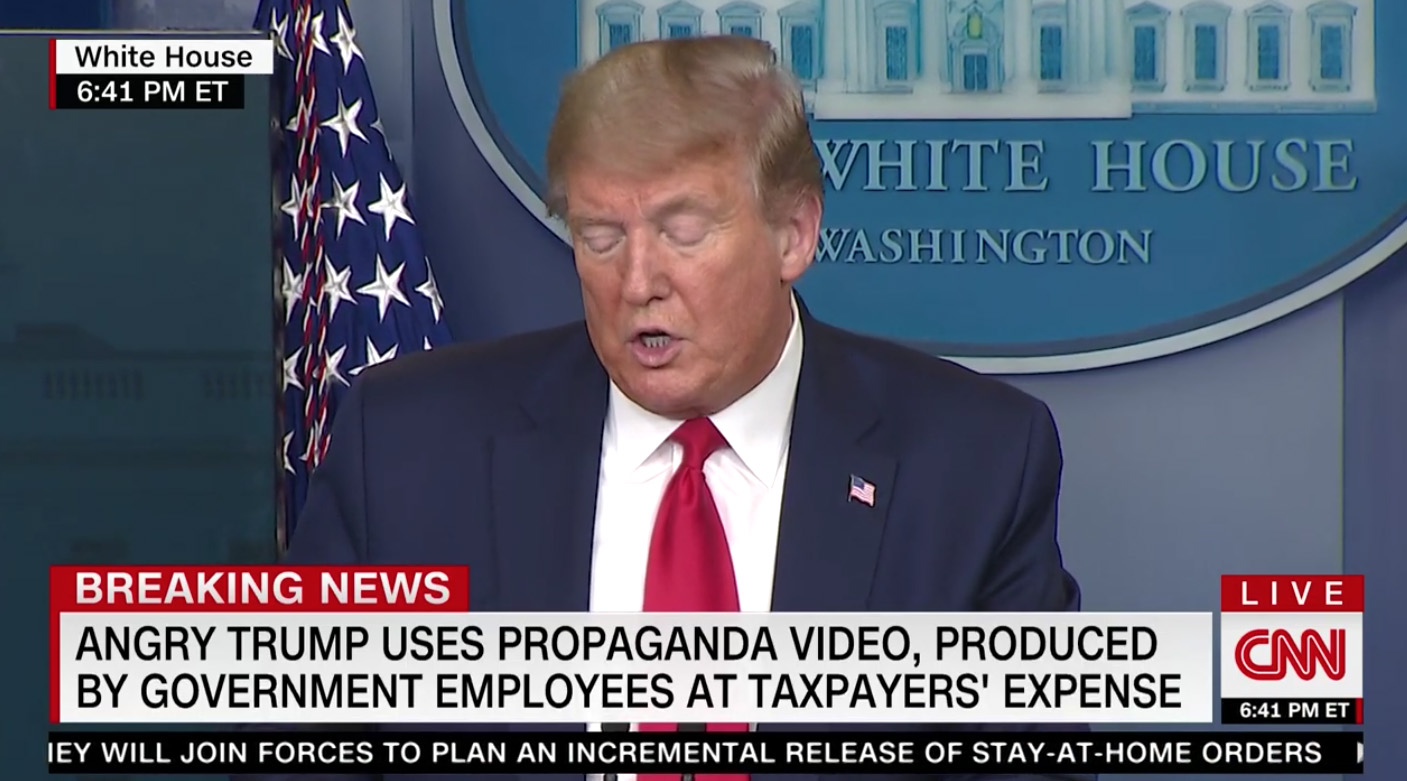