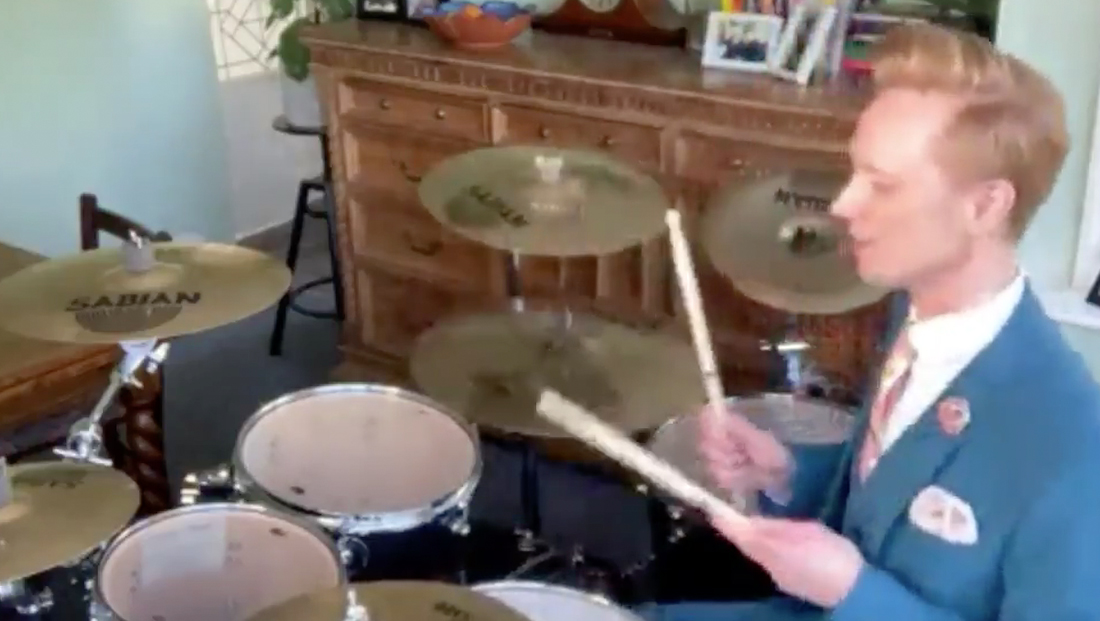 A BBC forecaster used his “work from home” setup as an opportunity to show off his drumming skills — to the BBC News theme, of course.

Hopefully the fun performance helped pull some out of their isolation doldrums.

Owain Wyn Evans has been the subject of several video clips posted online that show him drumming along with the famous pulsating theme song.

At times he appears to be sticking with the theme’s beat while at others he adds his own flourishes.

When they said try working from home I didn’t realise they’d expect me to do the music too @BBCNews @BBCNWT #BBCNewsTheme 🥁 #workingfromhome pic.twitter.com/DVXjDw0l8F

Evans also performed on the network live from his Leeds home.

OH MY GOD THEY DID THE BBC NEWS DRUMS TO THE BBC NEWS THEME ON BBC NEWS (bravo: @OwainWynEvans) pic.twitter.com/FnHKhQ6IIU

Earlier in the outbreak, a social media influencer released another unique performance of the BBC News theme on TikTok.