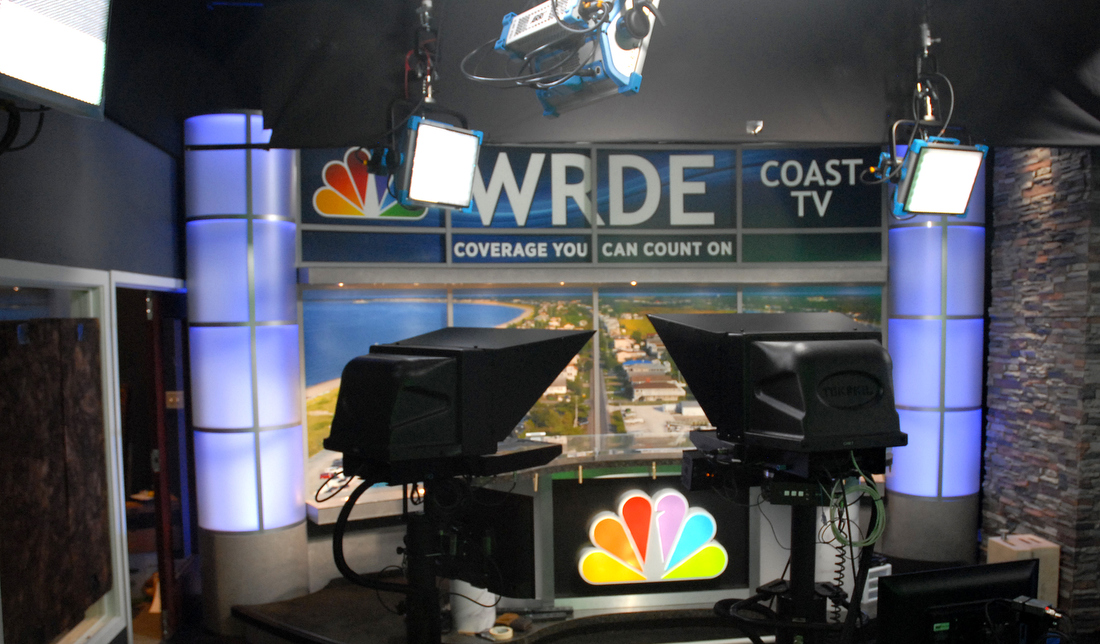 When WRDE launched its new studio in Milton, Delaware, they turned to ARRI to provide fixtures along with a turn-key integration and lighting design package.

Serving the Salisbury, Maryland, and Dover, Delaware, DMA, WRDE is the sister-station of WBOC.

For the new newscast, a former conference room with a high ceiling was transformed into a studio with an anchor area and weather center. Randy Reed, the lighting designer on the project and ARRI Systems Group Manager, recently spoke with us about the update.

What kind of fixtures did you choose for this project?

What were the project’s challenges and priorities?

The priorities were what they always are – the camera angles. The priorities are pretty standard across the board no matter what you’re doing – to make people look good on camera, and that’s what lighting is for. 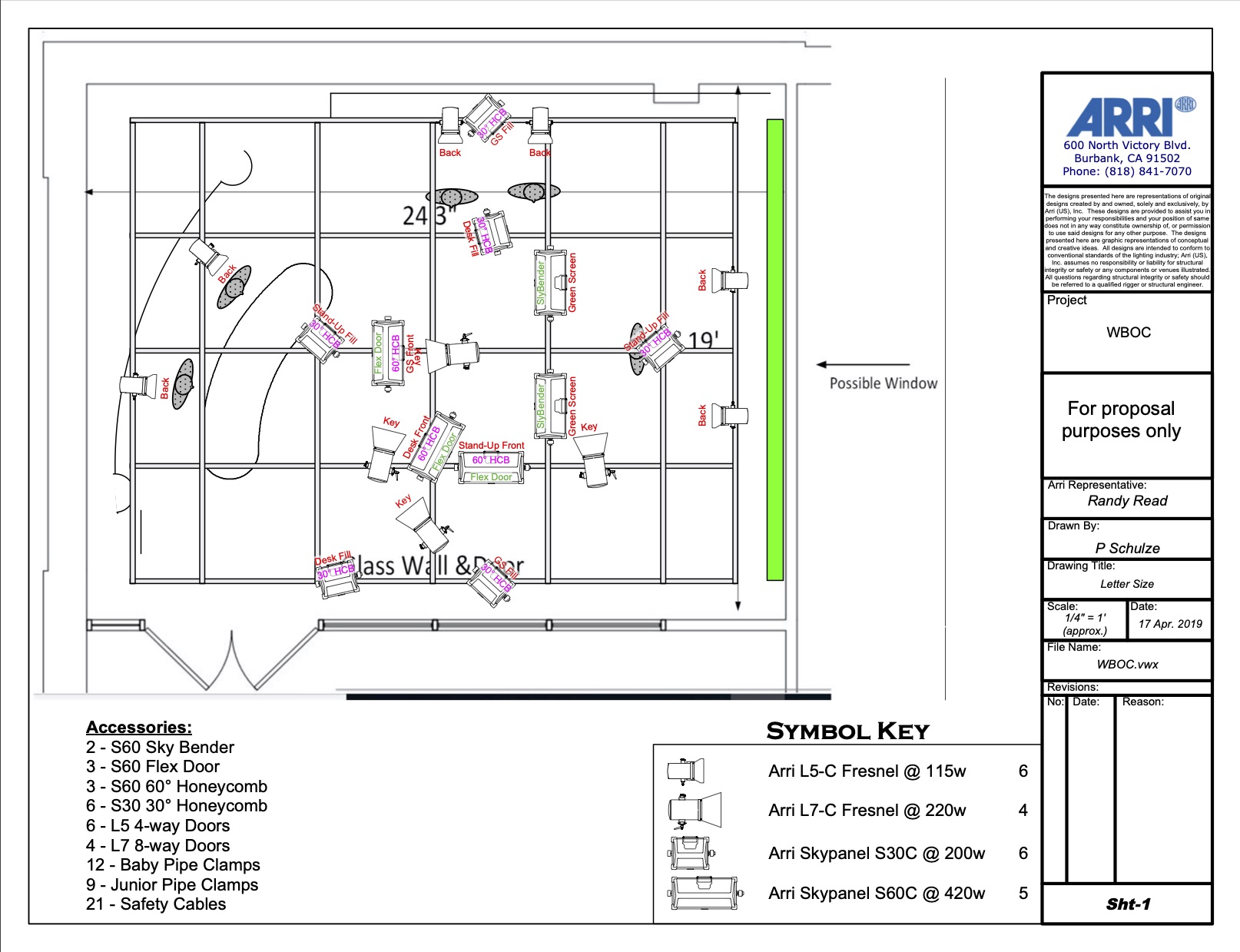 Every lighting fixture has a specific job. We typically use L5’s for backlight because we don’t need as much horsepower, and they’re less expensive than other models. We used L7’s as key lights because they’ve got enough horsepower to get the f stop we need so that there’s not a lot of focus pulling when people move in and out. And then we use the S60’s and the S30’s for fill light and cross lighting, what we call cross lighting. Typically, S30’s are for cross lighting and S60’s for fill lighting. It goes back to the basics: key light, fill light, backlight—three-point lighting.

Imagine three, four people on set with four cameras. With so many cameras, there should be three-point lighting set for every camera because they’re all shooting different angles. This one might be a single, but it might pull back out to a three-shot, the same thing looking at another direction, and then you got the middle camera for the wide shot, and then you got your overhead camera showing the whole set. But it’s just a process that you go through when you’re lighting for multiple cameras.

Why did you decide to go with LED fixtures?

There are so many new technologies that it only makes sense to go with LEDs. The LED system pays for itself in approximately three years period, thanks to the low energy consumption. The life of an LED fixture is 60,000 hours. You start breaking that down to eight and nine hours a day, five days a week. It gets into 20 years on. It just makes sense that you use LEDs in today’s world. And if you want to use the best LEDs, you use ARRI. We hope to help more TV stations all over the world transition to LEDs from their 30 years old lighting systems. The cost of maintenance is too expensive. 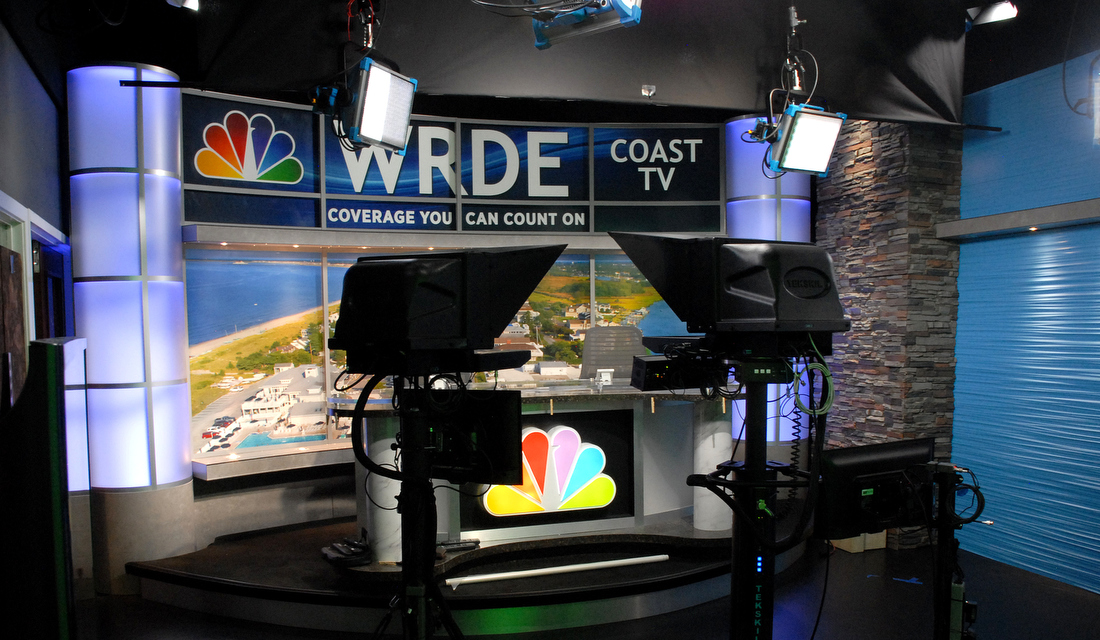 Why did the client decide to go with ARRI System Group services?

They came to NAB because they knew they needed a lighting system for the studio. It was a total ARRI Systems Group solution. They came to us; we designed it, our group did all the drawings for them, gave them a list of lighting and accessories to order. And then once they got it all ordered, they flew me into the studio to put the lights up and focus it. 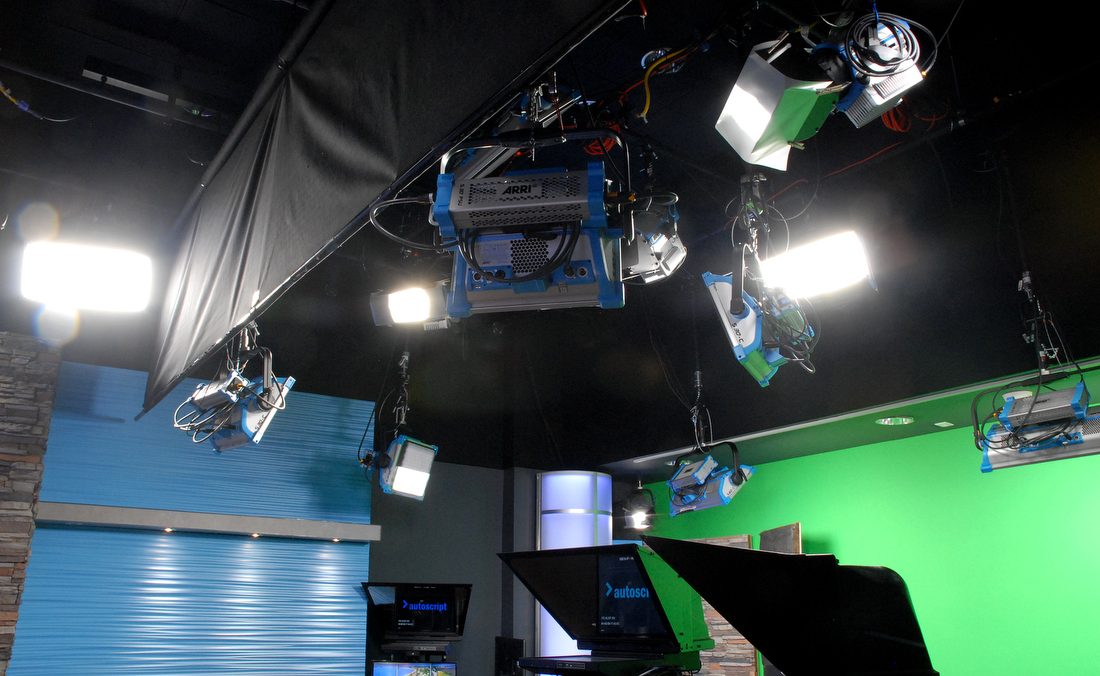 How did you set up the lighting control system?

Once it was all focused and they’re looking good, then we connected all the lights to a breaker box. They just wanted the lights on or off. Therefore, we transferred over everything to manual control. And so that meant when they turned the lights off and then came back the next day and turned them back on that same look would come up every time. But at the end of the day, we were able to set up a couple of looks for different shows and the green screen.

I was pleased with the results, but more importantly, the client was delighted with it. They liked working with us, and our equipment because they’re just really in love with the performance and simplicity of the system.

The way we approach it with a client is that we’ll design the lighting system for you, we’ll do the drawings, and there’s no charge for that service as long as you buy ARRI fixtures through one of our many dealers and resellers. Many of our dealers can help with control and integration as well.