Column: Adapting the control room to the software age 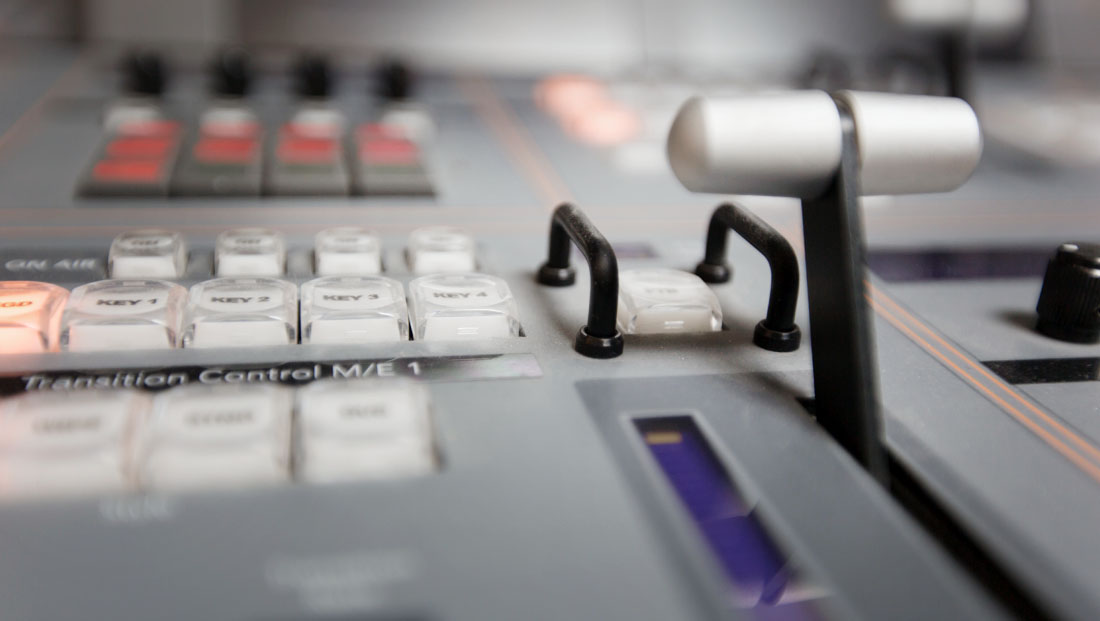 Even before the current global circumstances hit home, IP-based video production was the top-ranked trend in broadcast worldwide.

The latest BBS Media Technology Global Trend Index from market intelligence firm Devoncroft concluded that IP-based infrastructure has now moved off the drawing board, out of standards-issuing bodies, and beyond one-off marquee projects to become more widely understood and adopted.

Many users view the transition to IP-based infrastructure as the most fundamental change in the industry. Shifting from the fixed costs of private infrastructure to the pay-as-you-go flexibility of the cloud archiving, production and delivery model is just one of the benefits.

Cloud capabilities enable media organizations to customize or spin up an entirely new workflow at any time. Solutions offer scalability and allow computing capacity to expand to support growth or the agility to quickly respond to changing markets and increasingly personalized on-demand customer needs.

What is less often heard – but of game-changing importance to broadcasters – is the ability to not just boost output and cut cost but at the same time to improve production quality and innovate content creation.

In today’s world of fragmented viewership, software gives you the freedom to adapt, to flex as needed, and to scale as appropriate. Software can do things proprietary hardware could never do and lets you tell stories in new ways you couldn’t have imagined a few short years ago.

A software-based solution, deployable anywhere and controllable over the network by anyone, allows the broadcaster to build radically different ways of working, in turn offering efficiencies and improvements. This is software-defined visual storytelling.

Over the last three decades, the rise of the Internet has caused physical, hardware-based distribution forms to transform into flexible and software-defined ones. Over the same period, the shift from hardware-constrained to software-driven workflows in broadcasters has changed departments from operating in siloed environments to becoming more integrated and more efficient. Graphics creation, asset management, distribution and the majority of other departments have gone through software-driven workflow revolutions. However, we have yet to see this change truly take hold in the workflow of live production.

While the control room and live production in general have improved vastly over the previous decades, the major shift to software-driven workflows is nascent. Multiple specialized devices and very different operating interfaces are still used to create live content. As a concept, the control room looks much the same as it did twenty, thirty or even forty years ago with a comparable crew performing similar roles now as then.

However, things are changing as media organizations recognize that, if they are to survive, they have to work smarter. Introducing software-driven workflows to the control rooms of the media world is not only about changing from SDI to IP, or CRT to LED, or from FPGA to GPU.

It is about understanding and using the unique benefits of software to adapt the way television is created in order to empower and enable content producers to create more quality content in a shorter time, with fewer on-air errors.

Automation systems save broadcasters money by eliminating the need to buy expensive proprietary hardware every time they want to add a new process or playout stream; by allowing the work formerly done by this hardware to be performed by low-cost commodity servers.

Virtualization is the logical extension of this process by replacing physical computers with ‘virtual servers’ typically located in data centers and accessed via the Cloud. Major broadcaster groups are evolving to virtualized technology at varying rates of IP in their facilities, with many starting to adopt them in line with their equipment replacement cycles.

Moving to virtualized automation offers substantial benefits to broadcasters. Top of the CFO’s agenda is most likely to be the efficiencies and cost savings that an automated software-driven environment can deliver.

This ranges from decreasing the amount of physical rack space in machine rooms and reduced costs of power, cooling and rent to the ability to create temporary new services to meet short-term opportunities. Virtualization allows broadcasters to ‘spin up’ new automation systems, content channels and distribution platforms in a purely software environment; rather than having to purchase, install and service-specific hardware for each new project.

In the control room, virtualization means working with tools based on standard, easily replicable IT components and not locked into unique hardware wedded to a physical location.

Rather than having to set up a limited number of dedicated stations with hard to replace and maintain panels and devices, any computer on the network should be able to potentially interact with the control tool. This not only adds increased redundancy by removing a single point of failure, it enhances the advantages of working on the network.

Automation is also often promoted as a way of generating more accurate, consistent and higher production standards as machines will execute the same sequence in a programmed way. This removes the human element of any potential mistakes.

Certainly, the evolution of software-based production control means it is no longer necessary to dedicate a special room full of specialists in order to create world-class content. But approaching this through the lens of cutting multiple operational staff is a narrow-minded strategy.

If content is the most important driver of revenue for the broadcast community, it is only reasonable that the focus should be on developing content specialists, rather than technical specialists.

By putting intuitive and powerful control tools into the hands of the newsroom crew, or by moving the physical location of the producer from the control room to the middle of the newsroom, stories can be taken from idea to execution without delay.

This lets the producer or journalist interact with and execute a live show from anywhere on the same or connected networks – allowing production to come closer to the point of story creation.

Perhaps the best improvement automation offers for content production is that it takes away the need to decide how to accomplish a complex production result while emphasizing the ability to decide on what to do.

The traditional siloes between story creation and technical content production need to be torn down. Intuitive software-driven automation is the key to delivering more stories, better told.

Human beings are visual storytellers. From cave paintings to television production, the image and moving image have been arguably the most powerful tools when we seek to communicate meaning. It does not make sense then, that producers – storytellers – are forced to work with non-intuitive interfaces with a lack of visual overview.

Consolidation of functionality and an improved, uniform user experience and interface not only improve overall efficiencies and flexibility, but allow the production of live content to move closer to the storytellers – both physically and conceptually.

Software-defined visual storytelling enables producers to do more with less, including going on-air instantly, studio set-up and expanding output format as needed. Systems can be controlled by a single-operator with template-based controls, instant-recall settings and multi-platform delivery; all allowing the fastest route to air.

Live sources need to be available in the same interface both for reference and interaction. Enriching the view in this way puts the visual tools at the fingertips of the producer and removes the need for traditional monitor walls.

Software-defined automation platforms should strip complexity from the production workflow, reduces on-air programming errors, and allow operators to focus on what matters most: the story.

Broadcasters are currently facing a need to be able to scale up and down the production, which leads to a need for fast set up, quick initialization and lower resource threshold for starting a live production. This flexibility can only be supported by a consistent workflow and unified interfaces for the whole production chain.

Production must become software-based, and the traditional siloes between story creation and technical content production need to be torn down. It is simply not possible to work in a linear fashion and sequentially churn out enough content to fill all needed channels in a timely manner. While parts of the television production setup have adapted to this, the control room is arguably a laggard that offers scope for massive – and easily implemented – improvements.

Software-defined visual storytelling is the premise that the integrated power of computers, software, and networks can not only change the technical aspects of video production, but – by improving the way stories are spread, who can tell them, and how well they do so – alter the dynamics of content creation.

The software-defined visual storytelling revolution is here now. It heralds changes that will dwarf those that came before, changing the world in ways we cannot yet fully grasp.

Petter Ole Jakobsen, born in 1961, was co-founder of Peak Broadcast Systems, which merged with RT- SET to form Vizrt in 2000, when he became Chief Technology Officer. He is the key developer of Vizrt’s market leading software. Prior to Peak, Mr. Jakobsen was senior developer with the news department of Norway’s TV 2. In 2019 he took on the title of Founder & Chief Innovation Officer.