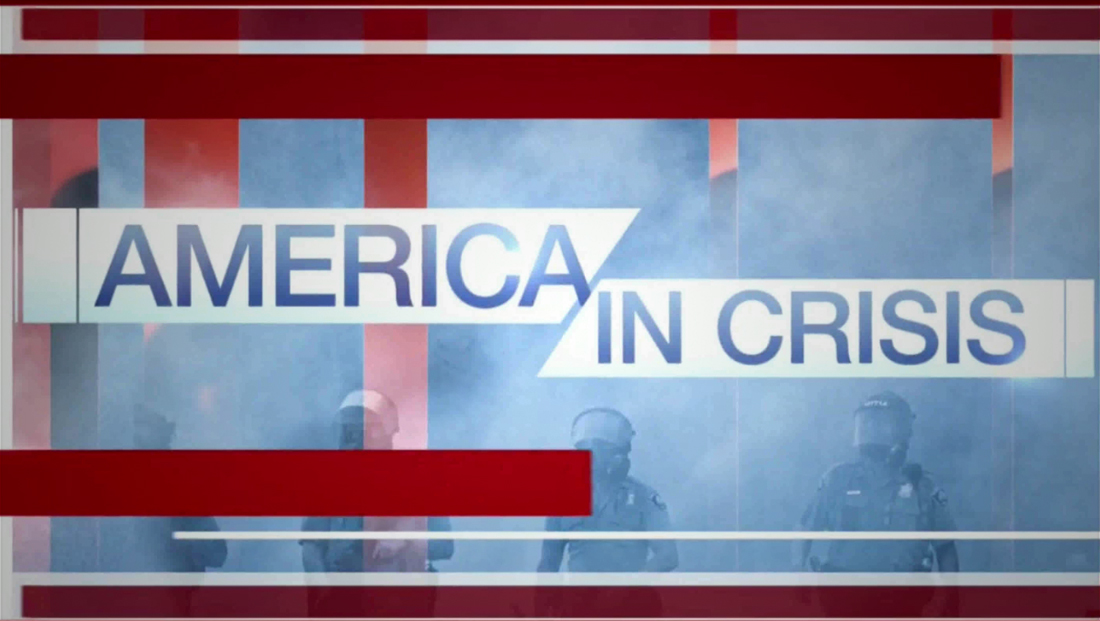 NBC News rolled out “America in Crisis” branding to encompass its coverage of the aftermath of the alleged murder of George Floyd.

As nationwide protests and unrest continued over the last weekend of May and into June 2020, the network introduced a red, white and blue look that used a literal “slash” down the middle to symbolize the division in the nation.

The look features the word “America” in one angled segment with “in Crisis” in another, with the two outlines meeting but then dividing in the center of the screen.

In some applications, the two parts are on the same horizontal baseline until animation divides them further — with “America” rising upward and “in Crisis” sliding down.

The notion of division and differing viewpoints is further driven home by a vertical “faceted” effect with strong imagery colorized red and blue.

“America in Crisis” branding was used heavily on “Today” June 1, 2020 and June 2, 2020, as well as MSNBC on June 1, where anchor Stephanie Ruhle drove home the point that there are really three crises in then country right now — coronavirus, economic instability and racial division.

“NBC Nightly News” hasn’t fully adopted the look or name yet, but it also took the broadcast a few days to phase in the network’s two iterations of coronavirus coverage branding.

“Crisis” is a popular word in broadcast branding — having been used for everything from White House scandals to the environment to potential foreign conflicts — and “America in Crisis” is also being used for ABC News’ coverage of Floyd’s death.