Column: Requirements of the media supply chain – how to create a good specification

What we are trying to achieve

When we look to specify an implementation or replacement of a system or component that we’re already familiar with, as humans, we tend to build lists of detailed items that we see as requirements, rather than think about what we’re trying to achieve overall with that system or component. Last year, my dad was looking to replace his car and spent hours looking at the dimensions of possible replacements, how many liters (or liters/cubic inches) of luggage capacity their boot (trunk) had, and whether the rear seats had a 50/50 or 30/70 split fold. In the end, whether the boot (trunk) capacity was 356 or 342 liters had little importance at all, as his main requirement was that he could still transport my mother, his spinet and a slightly manic chocolate Labrador. In the same way, when looking at specifying the media supply chain it’s important to keep focus on what we’re trying to achieve overall and what the business goal is.

One area where this frequently fails, is in the pillar “transformation”. The work of organizations such as AMWA and the DPP with application specifications has certainly simplified matters, but it’s still not uncommon to see requirements that feature a long list of “input” formats as separated media wrappers, video codecs, audio formats, and codecs and sidecar/metadata and the same for “output” with little or no information on wrappers, video, audio and sidecars might be combined or indeed how that combination will be received or consumed. In the best-case scenario this can result in complicated onboarding and complex acceptance tests but in the worst case it will result in a system being deployed that technically meets the specification, but doesn’t actually do what you need it to do.

Column: The whats, wheres and hows of the media supply chain

Especially with the incredible insights that can be provided by the latest AI-based tools, analysis tools are increasingly being used to add value in the media supply chain. However, when considering analysis tools, it important to consider not just the potential added value the insights product can bring, but how the tools can be implemented in your environment to actually add that value. For example, before file-based delivery of media assets was commonplace, the ingest of most assets was physically actioned and monitored by an ingest operator who had a duel function of also performing at least a cursory, if not full QC, on the media. When we moved to file-based delivery, the ingest operation became automated massively accelerating workflows and removing the need for an ingest operator – QC could easily be performed by automated software analysis tools too – automated QC. This worked brilliantly while there were no errors, but when there were, many facilities found themselves with no one who could read the error report and know how to resolve the issue. As a result, at the time many of the automated QC tools were simply turned off or taken out of the workflow. That specific issue has largely been resolved over time by improved standards and changed working methods, but there are still lessons to be learned. With access to many of these systems on demand, through individual SaaS offerings or through a PaaS (Platform as a Service) such as Vidispine’s Vidinet, the opportunity to test out a solution before implementing is far more accessible than in the past.

Is ‘Cloud’ even a question?

Only a year ago, one of the biggest decisions for anyone looking to implement, replace or upgrade part or all of their media supply chain solution was where to put it – on premise, in a private cloud, in the “public” cloud or some hybrid or two or all three of those. Today, for the majority of media organizations, it is almost taken for granted that at least some of the infrastructure and services will be cloud-based, and what or how much is on premise depends largely on legacy storage or systems that needs to remain operational. Hybrid infrastructure no longer requires convoluted and complex solutions – simple agents collocated with assets or systems keep everything securely connected. For some components, there is still a cost advantage to “on premise” but with the pace of change in the industry and consumer demand, the flexibility offered by a PaaS solution is often a better match to business requirements. Where your assets are stored may be an exception to this for a number of reasons, but good media supply chain solutions should have broad support for different storage systems and vendors as well as operationally agnostic.

In the next two installments of this series, we’re going to look at the different options for creating your media supply chain – whether to build it yourself, buy a turnkey system or something in between. 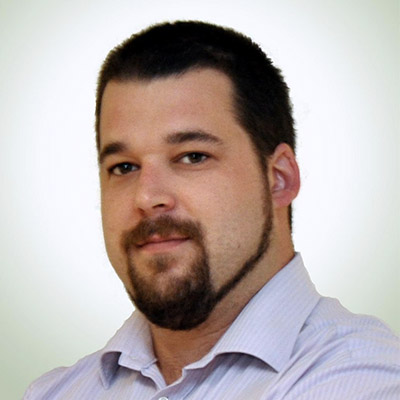