‘CBS This Morning’ returns to Studio 57 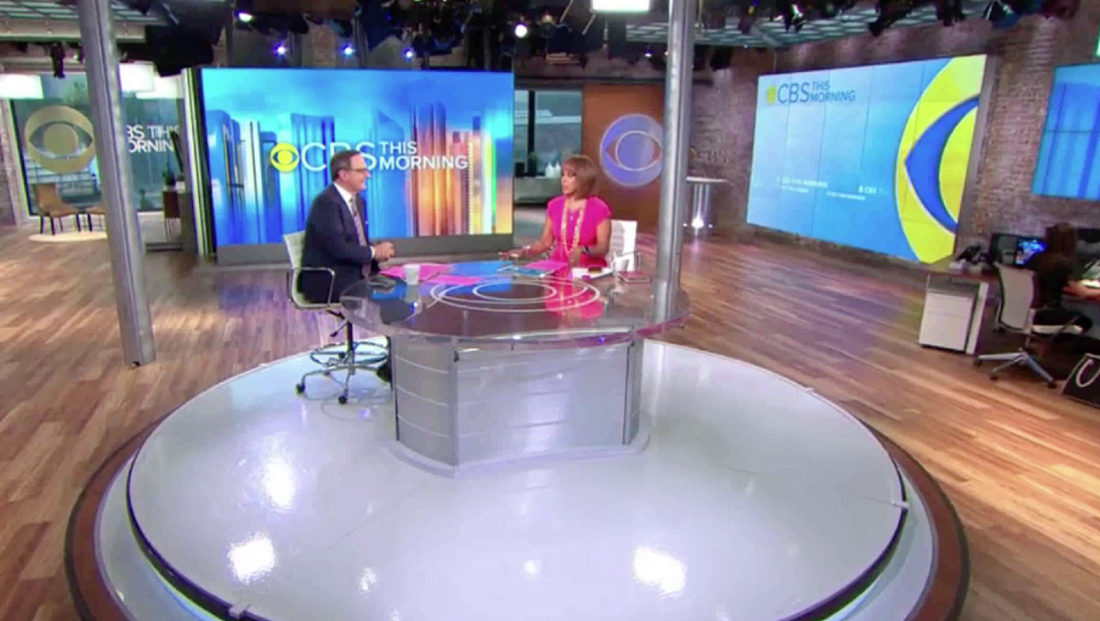 Co-anchors Gayle King and Anthony Mason were socially distanced around the show’s round table while Tony Dokoupil remained broadcasting from his home studio setup.

Dokoupil noted the trio will take turns rotating in and out of the studio each day, though later in the month King would shift to broadcasting from a property in California, meaning Dokoupil and Mason (or whoever was filling in for them) would be in studio more frequently.

Meanwhile, King noted that the CBS Broadcast Center in New York, which was one of the first major broadcast facilities to be mostly shuttered due to coronavirus, is still running with only essential staff.

Other measures include limiting occupants of elevators, staffers instructed to use separate entrances and wearing face masks when not on air.

“This Morning” regulars including Jericka Duncan and Vladimir Duthiers, who often appear in studio, continued to appear home on June 22’s show.

On March 19, 2020, “CBS This Morning” moved out of Studio 57 in favor of the Ed Sullivan Theater, normally home to “The Late Show with Stephen Colbert,” after a mini outbreak of coronavirus in broadcast center and other network office spaces was reported.

The show also originated from Washington, D.C., for a single day and its Saturday edition was back in Studio 57 one day in March before also moving to the Sullivan Theater.

On March 25, 2020, Mason began anchoring from home when a family member began exhibiting a symptom of COVID-19.

King and Dokoupil started anchoring from home March 30, 2020 — making it the first network morning show to have all of its primary anchors broadcasting from home.