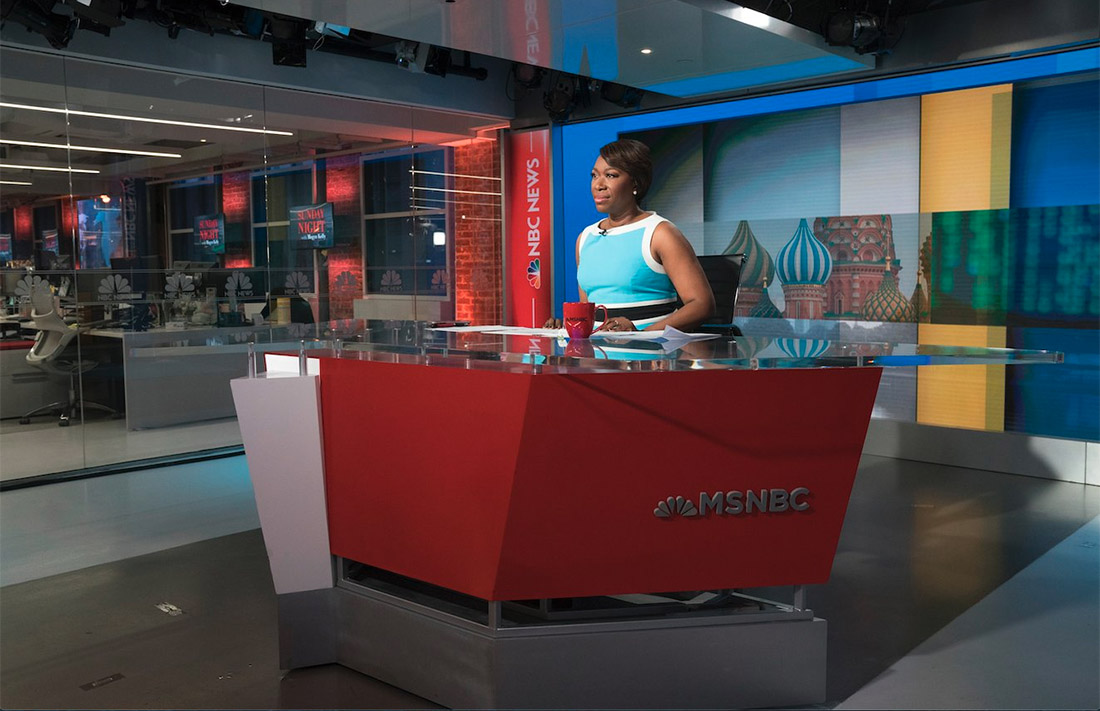 MSNBC has leveraged a pun and mixed capitalization on the name of its newest show — Joy Reid’s “The ReidOut.”

Meant to be pronounced as “the readout,” the name is obviously a play on the anchor’s last name, which marks a change how her current weekend morning show, “AM Joy,” is branded around her first name.

That said, Reid’s previous stint on MSNBC used her last name in the banner “The Reid Report” and, in some ways, sticking with a first name title could have seemed a bit too informal or casual.

MSNBC has used “camel case” — throwing in a capital “O” in the middle of the word so it is stylized “ReidOut” instead of “Reidout” (just like “NewscastStudio”).

Having that capital “O” does help out a bit with readability since the latter capitalization schema makes the word look a bit like some kind of foreign word (perhaps a French cooking term?).

In some ways, the use of odd capitalization often opens the door for confusion over how it should be typed when the shows get written about and invariably variations start cropping up.

NBC also has a penchant for insisting, at least internally, that brands such as “Today” and “NBC News Now” should always been written in all caps, but most news outlets don’t run them that way.

NBCUniversal also changed the spelling of its networks “SciFi” and “Clue” to “SyFy” and “Cloo,” respectively, to make the names trademarkable.

“Readout” is also one of those tricky instances that can be either one or two words.

In general, if you’re referring to a noun — such as an LED readout or the procedure which something is “read out,” the single word format is used.

Most other instances, such as “he read out the names of the new students” use two words.

In many ways, it’s sort of like “rundown” being one word when referring to how a newscast is stacked while if you’re tired from having to float and shuffle your rundown all evening, you’re “run down.”