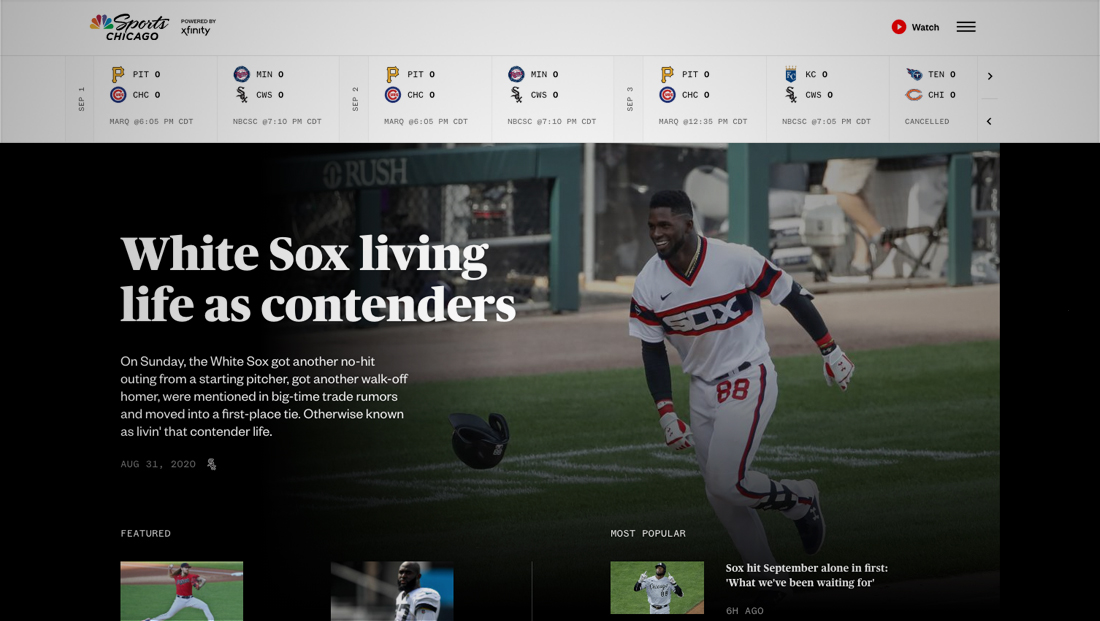 NBC Sports is rolling out redesigned websites for its regional sports networks.

The new look, which includes the now ubiquitous responsive design for handheld and mobile devices, also brings the sites more in line with the look and feel of other NBC digital properties, including NBCNews.com and NBC owned stations and NBCUniversal’s MyTeams app.

Although hosted on the NBCSports.com domain, the RSN sites are visually distinct and introduce the use of the fonts Founders Grotesk and Publico on these regional sites. Both fonts are also used extensively on NBCNews.com.

The use of faded city imagery (in this case from sports venues across each city) and bold blocks of colors echoes that seen on NBC owned station websites since 2019.

The redesign also puts much less emphasis on the gold color used as an accent on many NBC Sports properties, including the distinctive “Sports” script element in the logotype.

NBC worked with agency Code & Theory on the new look.

In addition to the redesign, the sites are also beefing up coverage with a portal for all local teams — not just the ones that have a deal in place with NBC to partner on the channel.

In the new look, a light header bar with scores and upcoming game information sits above a dark block highlighting top stories, while tabs farther down the page break coverage down by franchise — with the box able to change color to match the team’s upon click.

Headlines typically use Publico, which, thanks to the dark top story area on the homepage, creates a look similar to what CBSNews.com has been using since 2018, which happens to use the same font for its headlines.