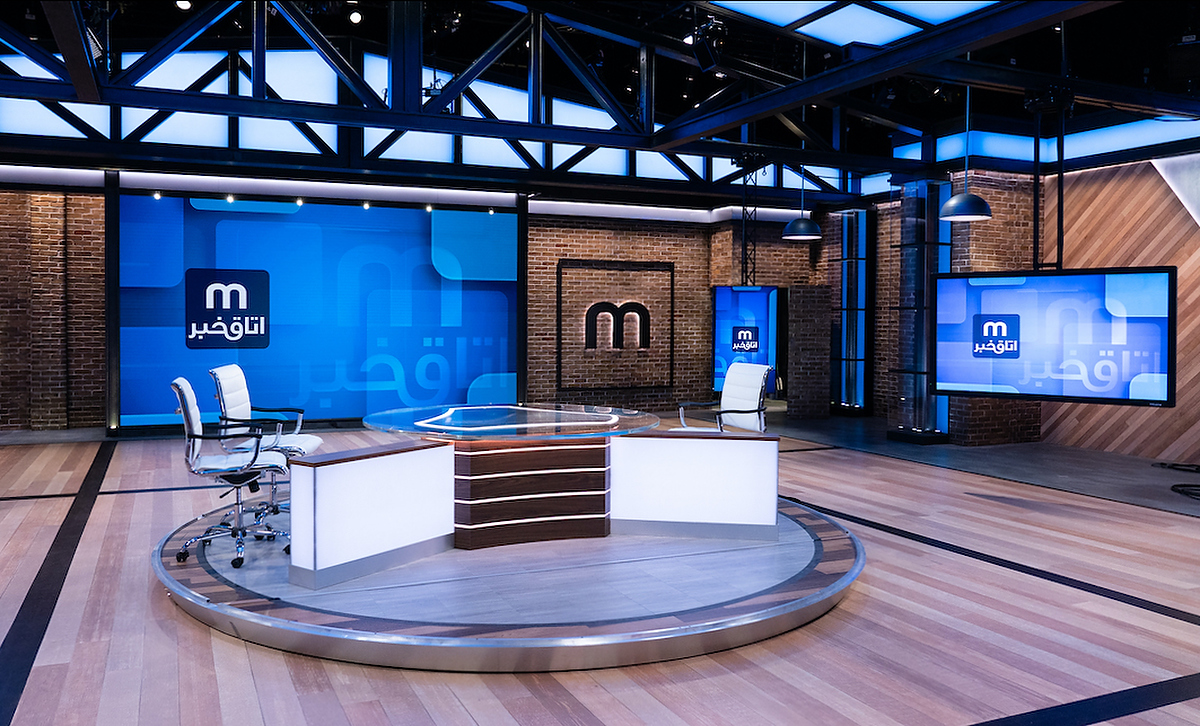 For years, Manoto has been considered the home of the best Farsi news programming, but the market is heating up. In a move to cement their popularity with Persian-language audiences and reassert their place as market leaders, in 2019 Manoto TV embarked on an ambitious overhaul of their news, discussion and factual programming. The rebrand included moving the shows into a 5000 square foot broadcast studio with a set design that puts digital displays front and center.

The channel heads’ creative brief was for the new broadcast studio design to emulate America’s informal approach to news, and it was up to operations director, Robert Le Merle to deliver their vision. “We wanted to get away from the traditional approach of a newsreader “looking down the barrel of a lens” before cutting away to editorial footage,” Le Merle explains. “Instead, we wanted to keep everything in one space and use on-camera digital displays to bring graphics, video clips and interviews into the studio – giving an informality and tangibility to the newsroom environment.”

With Jack Morton’s work on CNN serving as inspiration for the project, the New York-based agency was a natural choice to design Manoto’s new set. The design team had recently completed studio installations in the UK for Bloomberg and “Good Morning Britain” with Scott Fleary and Anna Valley providing fabrication and audio-visual products, respectively, and recommended both companies to Le Merle.

This project saw the number of digital screens in Manoto’s newsroom increase from four to 24, including four large LED video walls and moving displays. Because the production style calls for multiple screens to be in shot at any one time, the screens have to look good from almost any camera angle or distance. They also need to display graphic and video content from multiple sources, in various shapes and sizes, with minimal scaling, degradation or frame-rate issues.

The Anna Valley team recommended Unilumin 2.6mm LED for the main displays and arranged for Le Merle to visit the set of “Good Morning Britain” to see the product in action through the camera lens, and speak to the technical team at ITV about its performance in a broadcast environment.

“LED is a bit of a minefield because there’s a huge number of providers and you get some really bad products,” says Le Merle. “The human eye is quite forgiving, but a camera lens can introduce frame rate and frequency issues; if you get it wrong, it looks worse on camera. When you’re dealing with in-camera products, you’ve got to work with providers that have a fair amount of experience in both AV and broadcast.” 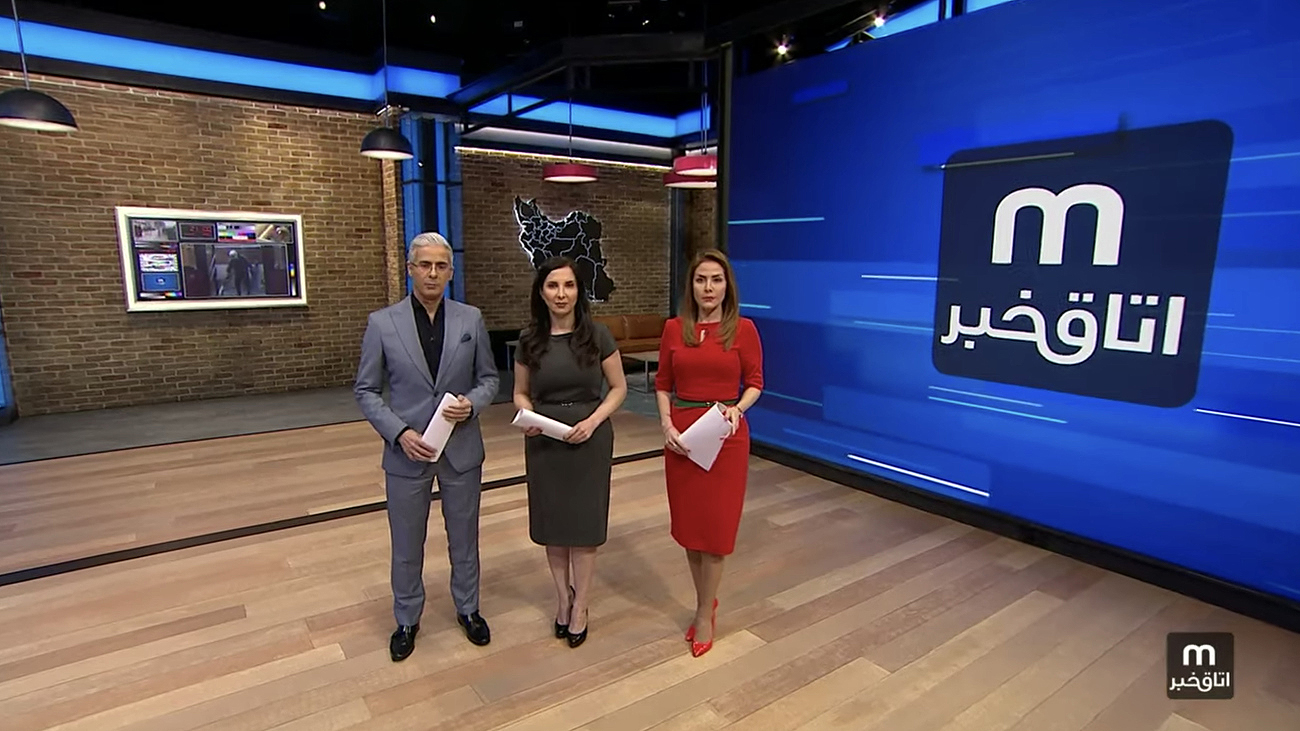 The producers also wanted to inject the flexibility of live event technology into the gallery automation and newsroom control systems provided by Ross Video. A unique hybrid solution was created by integrating three Green Hippo Boreal+SDI media servers (supplied and configured by Anna Valley) into the newsroom’s MOS environment to provide the best of both worlds. This bespoke solution means that a small operations team can plan and produce Manoto’s news content with creative freedom. As well as supplying and configuring the servers, the Anna Valley team also provided server training so that the production team could manage and operate the systems going forward.

Le Merle’s team planned and executed the installation with military precision, drawing up detailed schematics and commissioning one team to wire the grid lighting, set lighting and AV elements into a single system. “All the lighting and AV elements are LED-based so they run on servers in a similar way. With the different elements working together, we can rebrand the space really effectively for different shows at the touch of a button.” 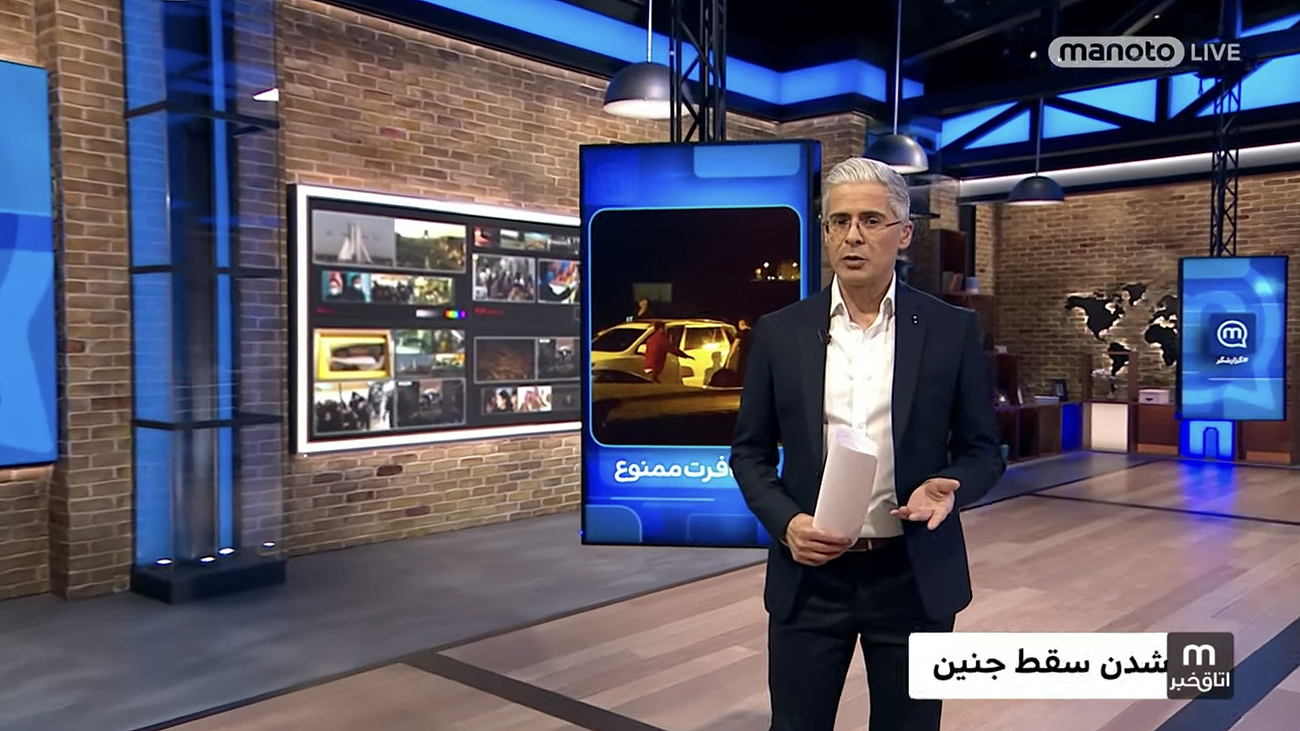 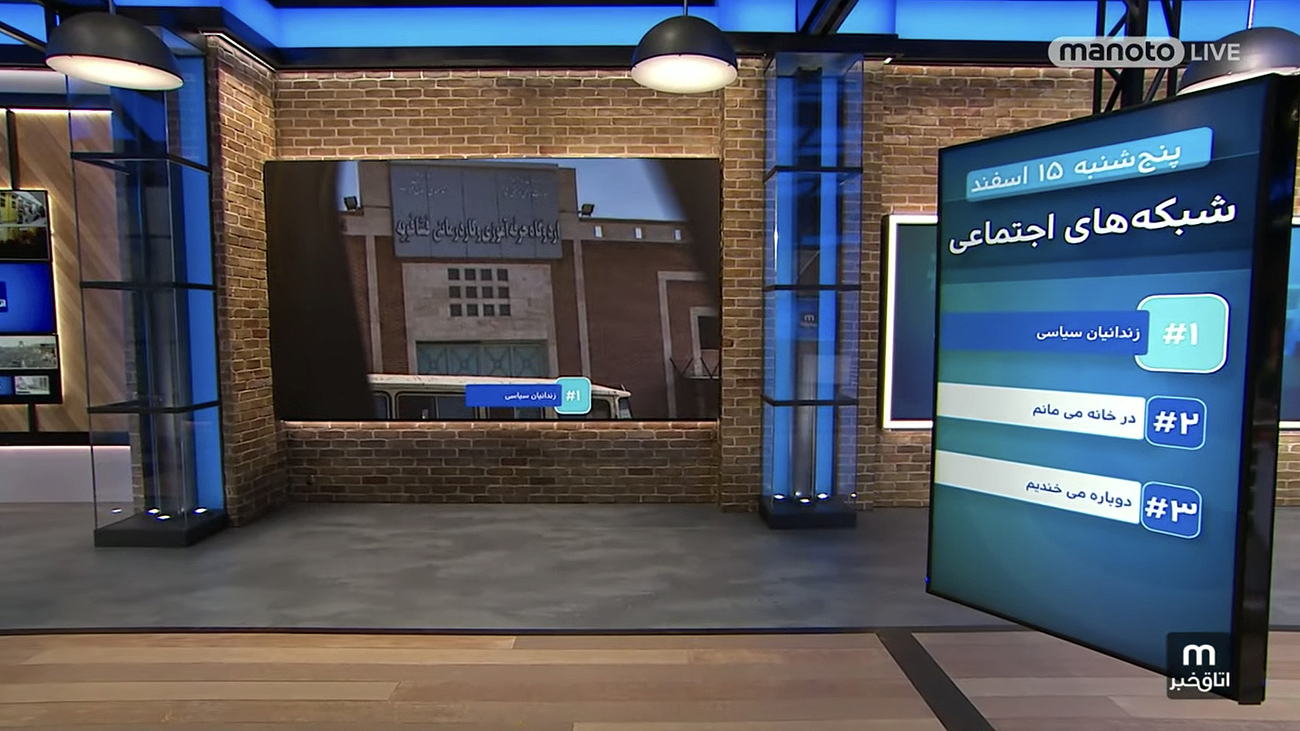 “This installation is a perfect example of how imaginative clients, creative designers and experienced technical suppliers can work together to deliver a broadcast studio set that looks great on camera, but is also versatile, flexible and efficient to use,” says Anna Valley director, Mark Holdway. “It really was a team effort, orchestrated with supreme efficiency by the Manoto team.”

Manoto’s new broadcast studio design made its debut appearance on air in January 2020, with the channel continuing to rollout news, discussion and factual programming over the following 12 months.

“We actually changed the size of the set during installation, so Anna Valley had to be pretty flexible with their timings on this project,” concludes Le Merle. “Projects of this size are never without incident; it’s how they’re dealt with that matters and Anna Valley didn’t leave the room until we were satisfied. I’d definitely work with them again.”