‘Jeopardy!’ goes back to its ‘global’ roots in Season 37 graphics redesign 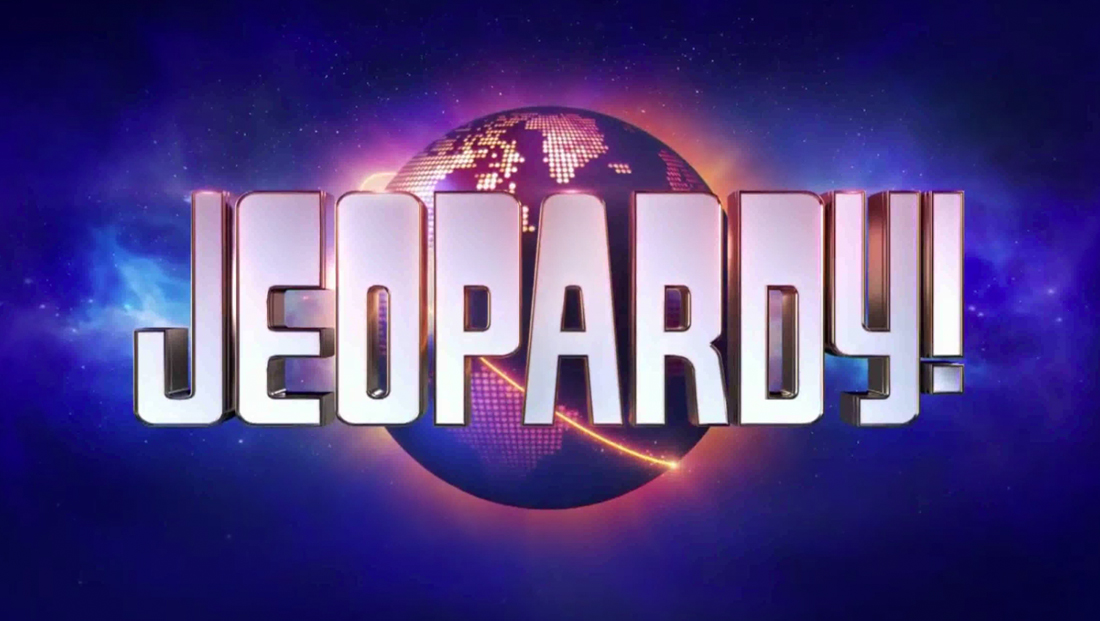 Like its sister game show “Wheel of Fortune,” “Jeopardy!” kicked off a new season with a tweaked set with changes aimed at keeping contestants, talent and crew safe during the coronavirus pandemic.

In addition to some set modifications that notably included moving contestants farther apart, the show also introduced, like it typically does every season, a new graphics package and open.

This year’s open is the first in three seasons that wasn’t done by the team at Gameday Creative (the studio created opens for seasons 34, 35 and 36).

The open, which according to NewscastStudio sources, was created in house, starts with an iconic part of the “Jeopardy!” graphics repertoire — a globe. The show has used a globe — both one with continents and simply grid based ones — for numerous seasons. 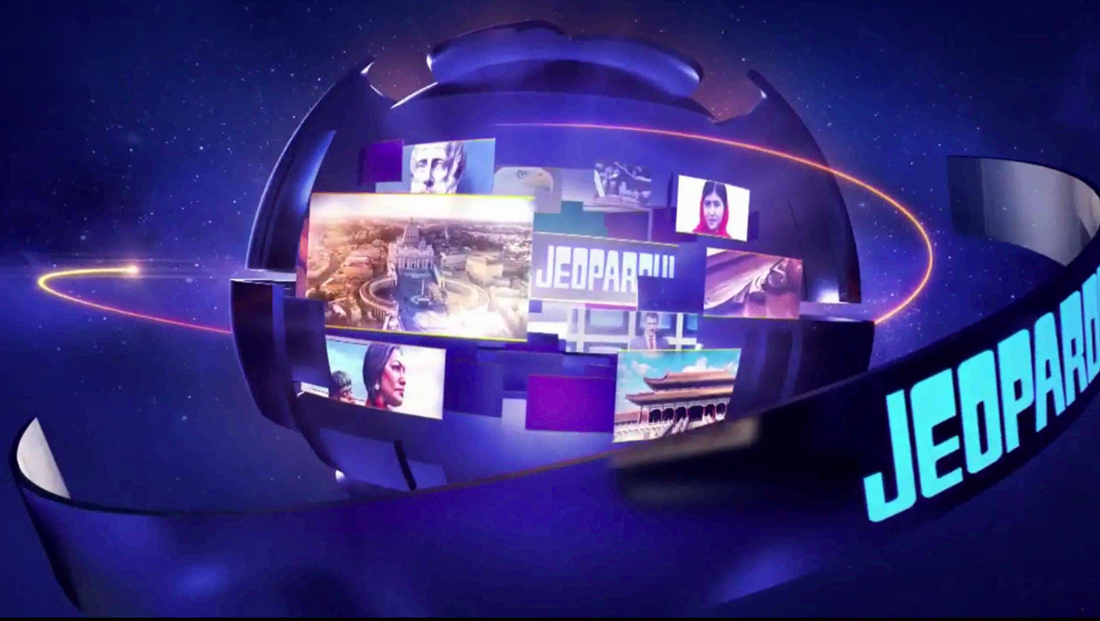 Season 37”s open starts with a violet and blue globe with dots that create the image of landforms while two bands — one a gold laser line and one a thicker banner with the show logo — envelope the Earth.

I'm so excited about today's return of a familiar friend to Jeopardy! That's right folks, I'm talking about… the globe thing behind the logo. pic.twitter.com/hHqnfFwGql

Next, the sphere then “explodes” into segments revealing rings of imagery conveying both the broad topic areas the quiz show covers as well as historic imagery from the past 36 seasons.

On Tuesday, Sept. 15, 2020, it became clear the show is using different variations, presumably on a rotating cycle. 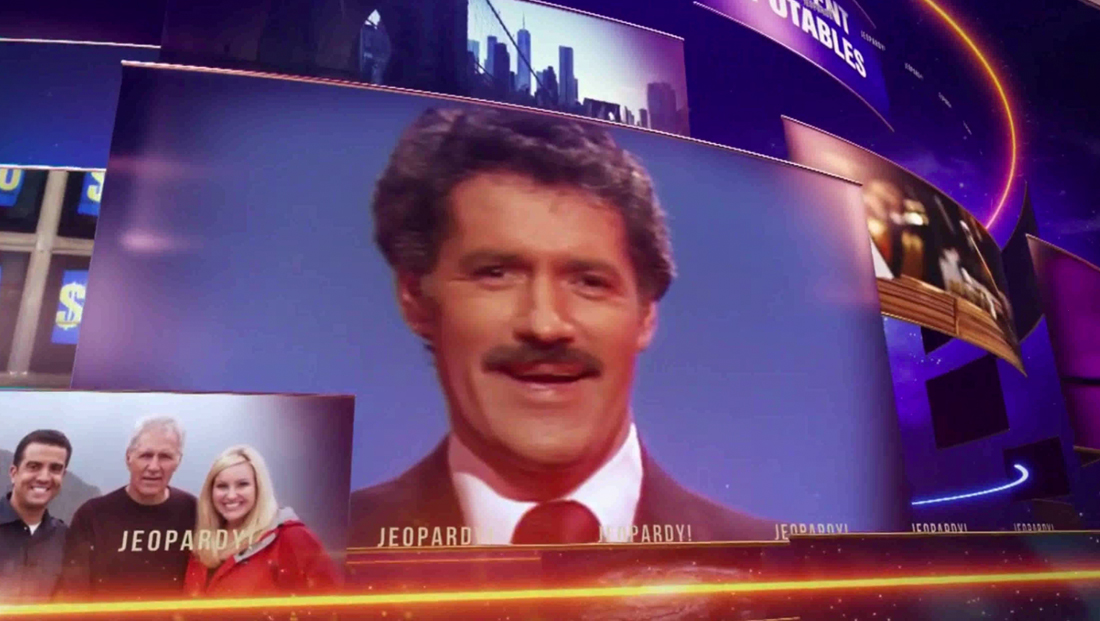 The viewport then switches to a slightly different view the images as the show’s letters fly into the space and zoom out revealing the full title card that combines the letterforms with the globe as the gold light path swirls around the screen.

Overall, the open is well done, but not overly impressive or detailed as the past few seasons’ have been.

As contestants are introduced, they appear in a thin metallic frame backed with a starry background with featured lightbursts. 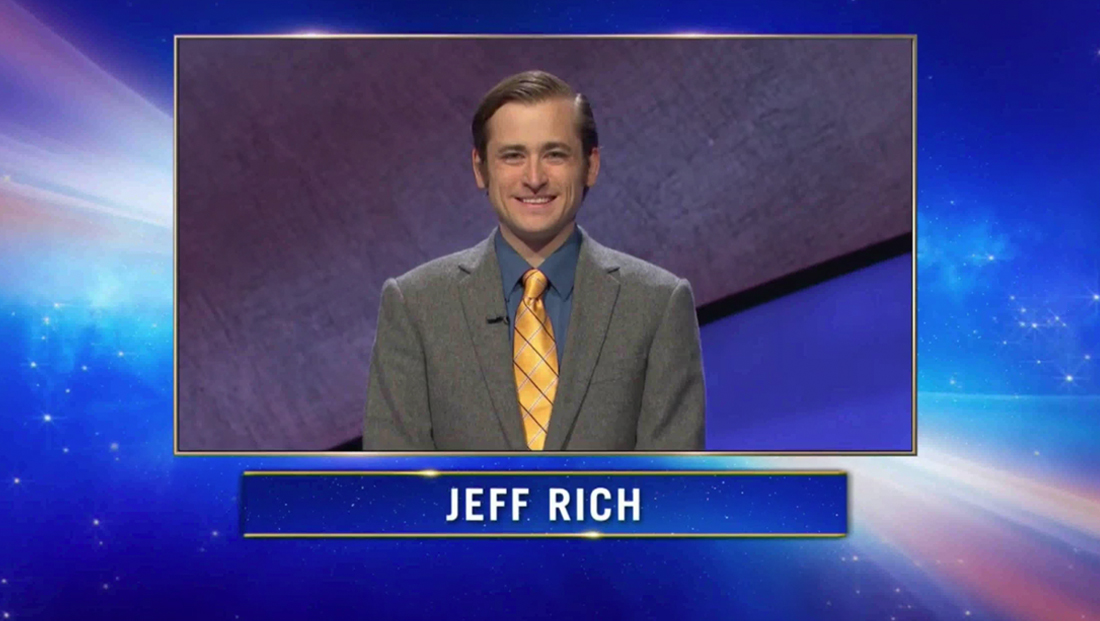 Meanwhile, the globe imagery is used before categories are revealed during the first round, but no globe appears for “Double Jeopardy!”

So far, the first collection of images have featured prominent women and people of color (and, in the case of Malala Yousafzai on Version 1, both); Amelia Earhart, Nelson Mandala and Martin Luther King Jr. are featured as well.

In the past, “Jeopardy!” often creates four versions of its open and then rotates through them in sequential order. The four version count helps make it so that not every Monday, for example, always has the same open since there are five shows a week.

It’s not clear how many opens the show will use this year but we’ll update this page as more roll out.