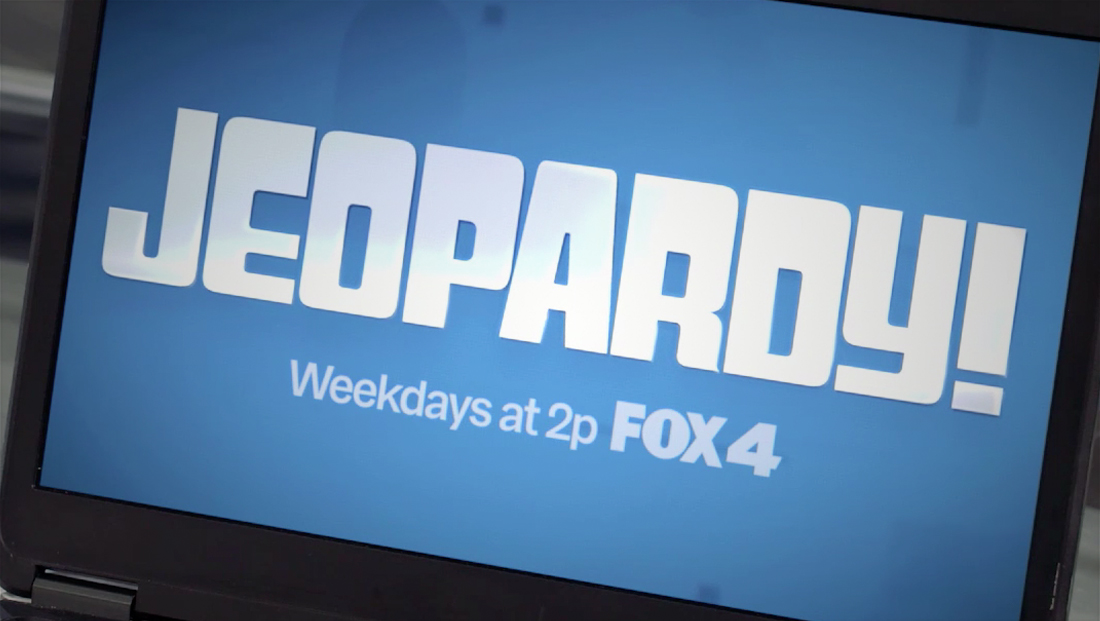 The promo starts out with socially distanced staffers at work before Trebek appears on the screen with the clue, in traditional “Jeopardy!” blue and white, reading:

“It’s Kansas City’s first television station. It still broadcasts from the original building and how the new home of Jeopardy!”

The clue is show in multiple places on screens throughout the building, including what appears to the break room, weather center, newsroom, studio and more as the “think” music plays.

Employees all excited say things such as “That’s us!” and “It’s Fox 4.”

As any “Jeopardy!” fan knows those responses aren’t in the form a question, a requirement for contestants.

Thankfully, one them finally gets the phrasing right: “What is Fox 4?” is what is a gentle jab at the format.

Trebek then appears on screen confirming the response is correct.

It’s right after “Wendy Williams” and then leads into a one hour block of “Family Feud” and another one featuring two episodes of “Judge Judy” before the station starts its 5 p.m. newscast.

It’s worth noting that the clip of Trebek was most likely requested by WDAF and filmed on set but wasn’t part of the actual gameplay (one could argue that the clue, even for KC residents, is pretty obscure).

“Jeopardy!” typically lets contestants slide if they forget to phrase responses in the form of a question in the first round, but are penalized during “Double Jeopardy!” for making that error.

For “Final Jeopardy!” contestants write down the “What is” or “Who is” part of the response on their electronic pads when wagering after the category is announced, something viewers don’t see to avoid anyone forgetting it in this often crucial part of the game.