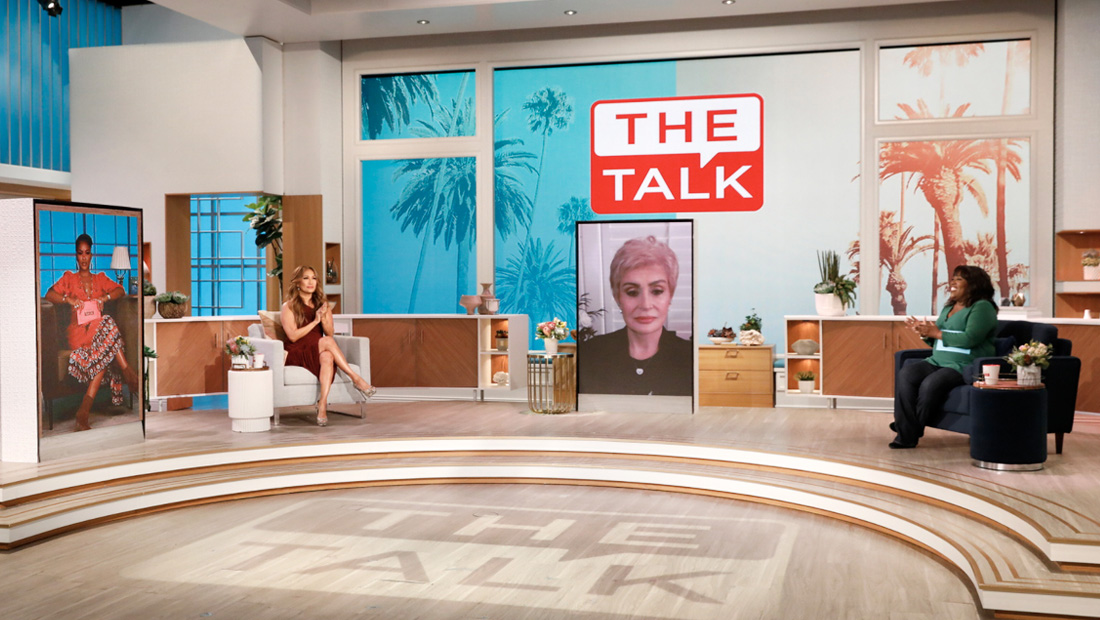 “The Talk” returned to the studio for the start of season 11 with an updated set taking into account social distancing guidelines.

Gone is the show’s oval desk with a new semi-circle riser centered in the space it formerly filled. The audience pit, which was sunken into the studio floor in front of the former desk, is also removed with a new show logo gobo.

The updates leverage the existing moveable, partable LED wall to allow for remote guests to join the hosts and makes use of many tricks already built into the set, which debuted last season with design from JHD Group.

For example, multiple set pieces were designed to track or re-align along with walls that could pivot based on the production needs.

Set dressing, such as the screen wall and credenza units were also reused to add layering behind the new host position. 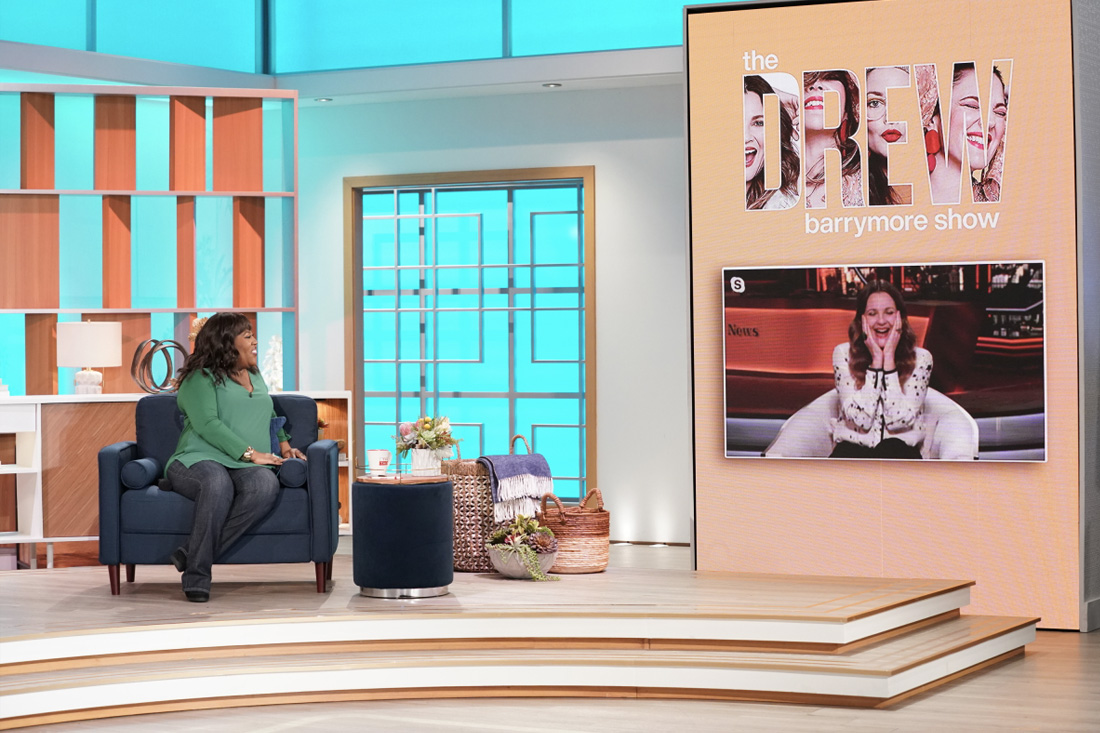 The set’s moveable LED wall used during an interview with Drew Barrymore. Photos courtesy of CBS.

While the changes are designed to accommodate the four hosts plus a guest in-studio, only Carrie Ann Inaba and Sheryl Underwood were present to kickoff the new season.

Eve opted to remain in London, where she had been traveling, due to the rise in coronavirus cases while Sharon Osbourne was broadcasting from home out of an abundance of caution after her granddaughter tested positive for the virus.

“The Talk” tapes at CBS Studio Center on Stage 16.