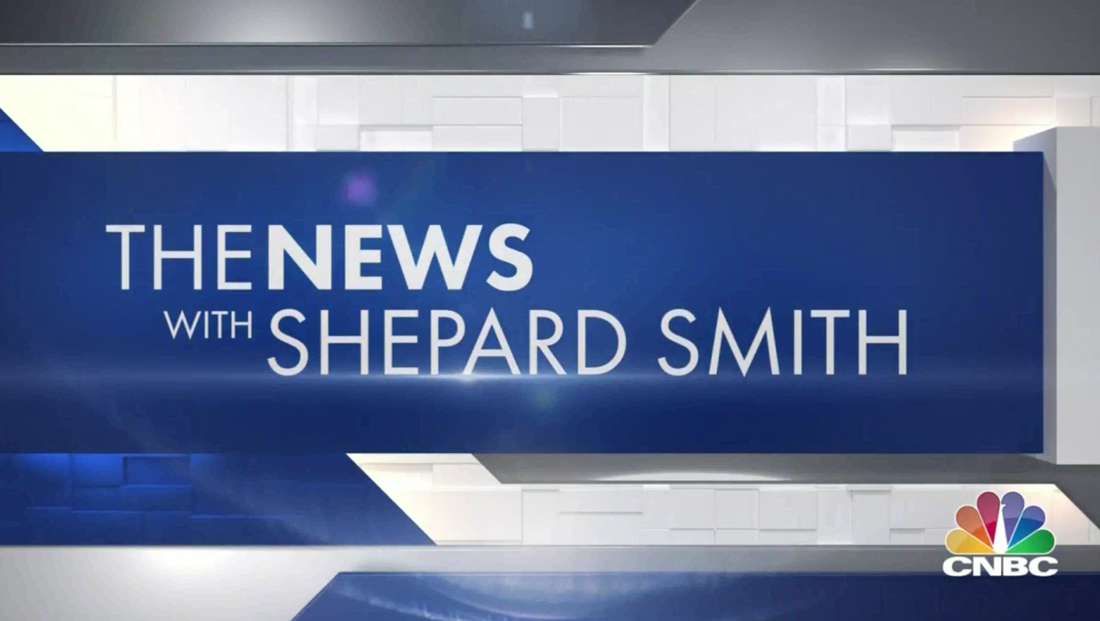 After kicking of its broadcast life with a cold open Sept. 30, 2020, CNBC’s “The News with Shepard Smith” began settling into a more streamlined format Oct. 1, 2020.

Included in that was the introduction of the show’s tease headlines and official open.

The teases use the blocky motif the show introduced Sept. 30before the broadcast cuts to a wide view of the CNBC newsroom as the female announcer says “Live from CNBC global headquarters. The facts. The truth. ‘The News with Shepard Smith.'”

Next is a handheld view of Studio A, which is connected to the newsroom, that quickly moves past the video wall and into the small alcove Smith is using until his dedicated set is completed.

Throughout the rest of the newscast, the show also began to take shape and included a “Coast to Coast” segment intro’d with Smith standing next to the video wall.

Like the “Around the World in 80 Seconds” segment Sept. 30, this national news overview featured its own stinger — and used the negative space left by strategically placed blocks to form a rough outline of the continental United States.

Other changes include filling the flat screen behind Smith’s anchor table with topical OTS graphics and the introduction of an extended bump before the first break that features topical imagery interwoven with the block motif and the announcer saying “The facts. The truth. ‘The News with Shepard Smith’ back in 60 seconds.”

The accompanying graphics also incorporated the title card with diagonal elements that were fed to on set monitors on Sept. 30 and Oct. 1.

As mentioned, “The News” will relocate to its own dedicated set and, as a new program, there are likely to tweaks made to the open and other elements.