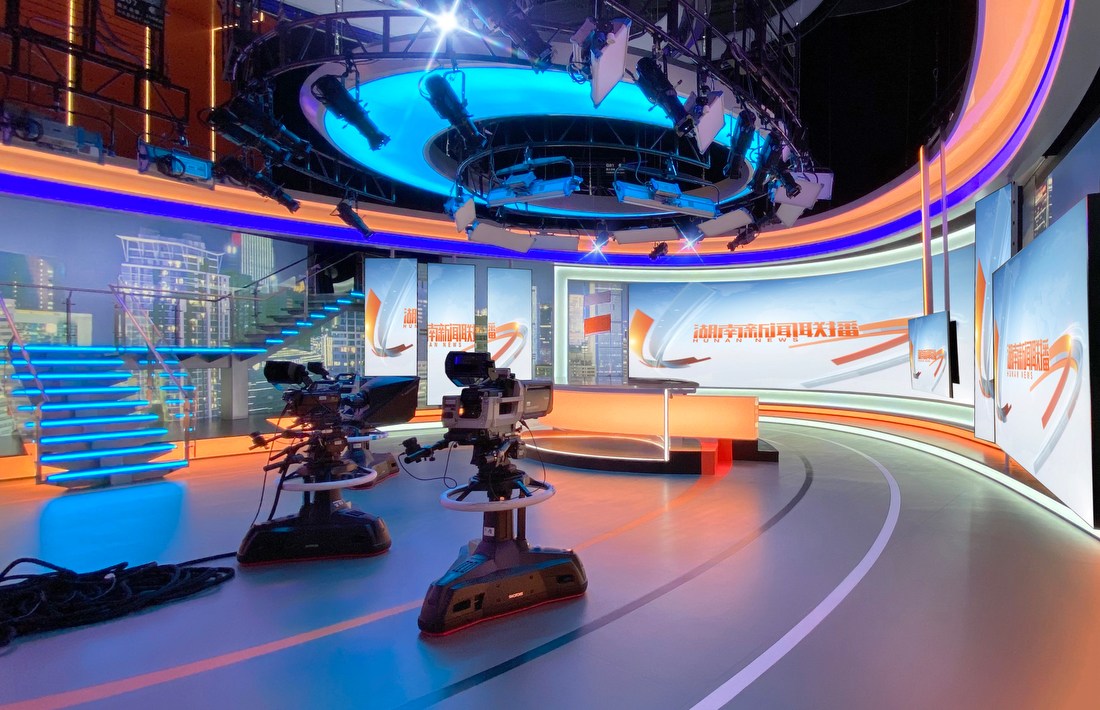 With set design from Provost Studio, the main studio features a variety of large format LED displays and a virtual production area.

Six Sony cameras are present in the studio with a variety of Shotoku Broadcast Systems camera support systems.

“Hunan TV has deep experience over many years of robotic camera systems and understand the benefits robotics can bring to productions. They also understand that sometimes you simply need a completely manual camera, so Shotoku was the obvious choice with a world-leading range of products in both categories,” notes Matt Servis of Shotoku. 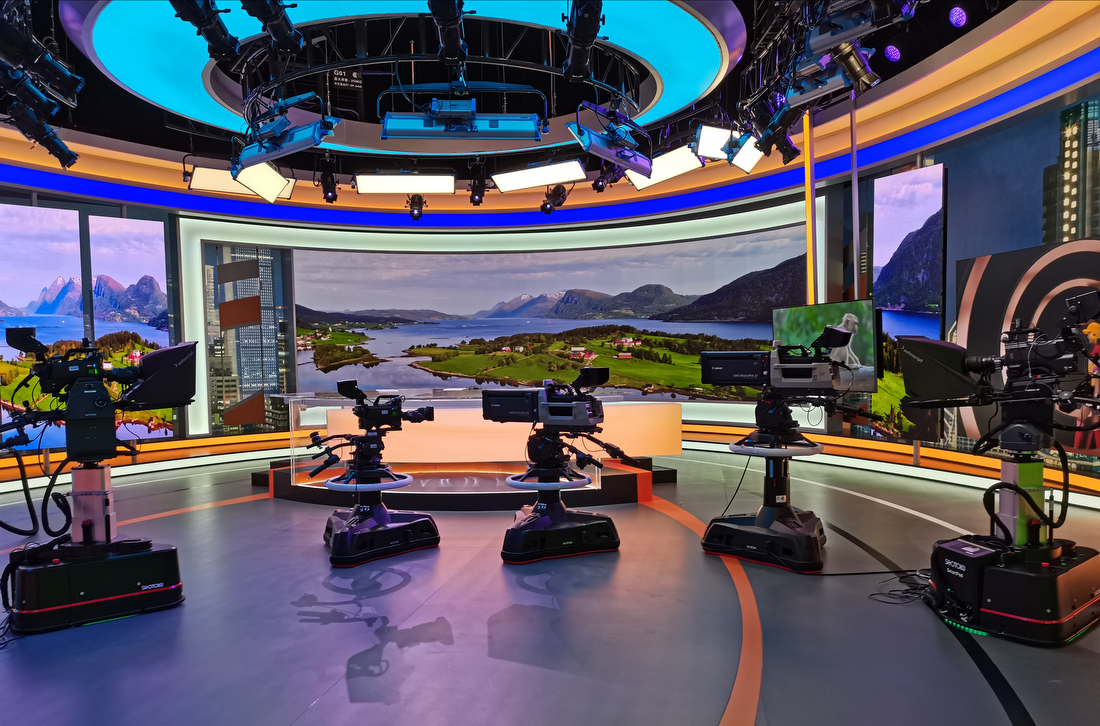 The pedestal camera line up at Hunan News.

On the robotic side, Shotoku has supplied two SmartPedVR pedestals with TG-18VR robotic PT heads to allow for dynamic shots along with immersive augmented reality graphics. Shotoku’s SmartPedVR system includes built-in virtual reality (VR) tracking at all times while also including LiveView control.

“Hunan TV has used several robotics systems over the years and undertook a deep investigation into the technologies available today,” said Servis. “At the end of that investigation, Shotoku was selected having demonstrated clearly the many benefits of the SmartPed and TR-XT control system, as well as the pure quality of motion and long term reliability so important to a production facility as advanced as Hunan TV’s new 4K studio.”