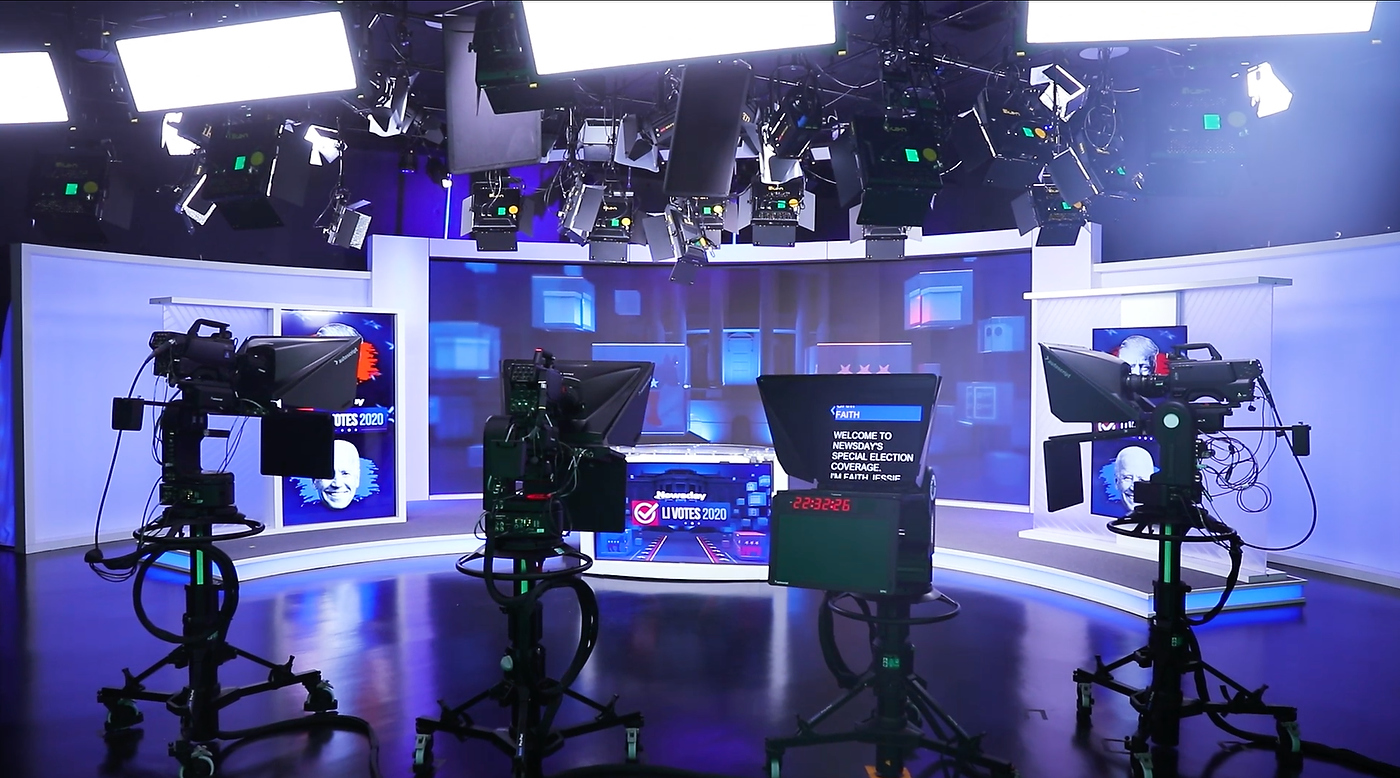 The Newsday Productions facility opens as the paper celebrates 80 years, part of a larger push into video content including live interviews, streaming events and documentaries. The plan also includes a theater space set to open in early 2021.

Designed for the OTT world and serving a variety of platforms, the broadcast facility is designed to produce content across a variety of formats including standard HD, square and mobile-friendly 9×16 using graphics that automatically adapt. 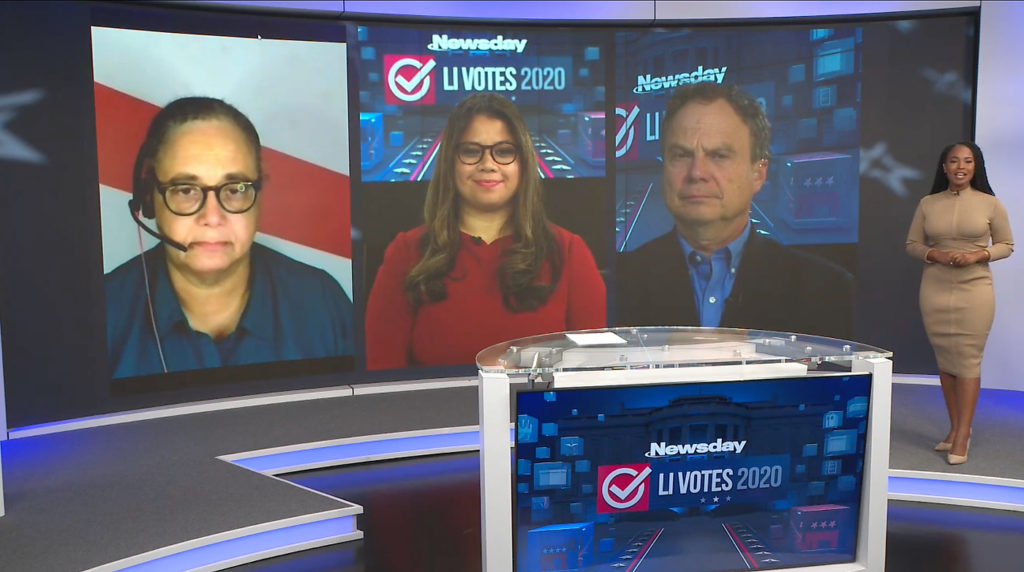 For the studio, FX Design group has delivered a set design with a sweeping video wall, used to bring live guests into the space for election analysis during its debut. Flanking the primary video wall in the studio are two vertical displays with frosted acrylic panels for stand-ups and social media content. 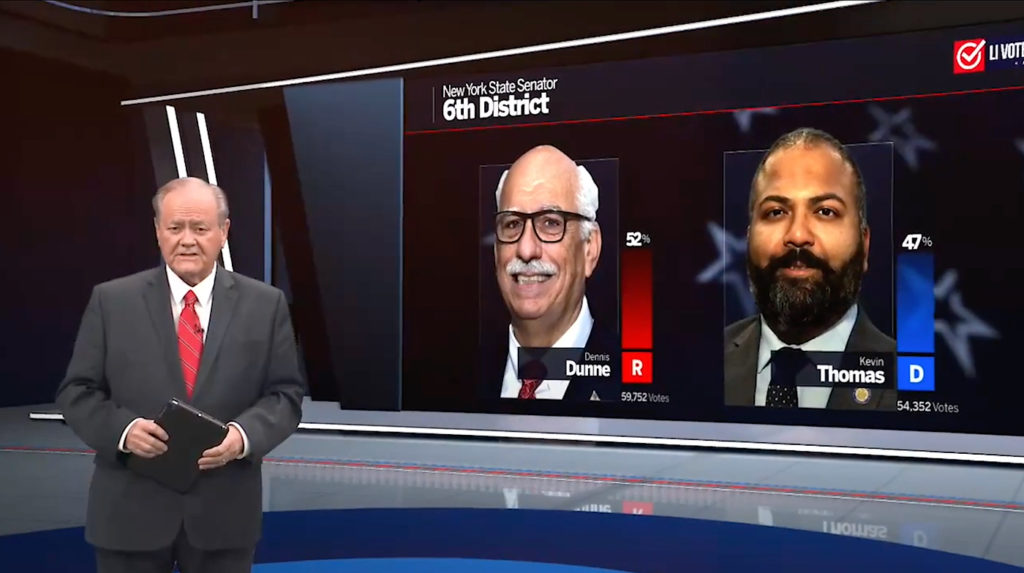 The studio also includes a large chromakey cyc, which was used on election night to deliver results from a virtual set powered by Vizrt’s Viz Engine 4.

Graphically, Polygon Labs worked closely with Newsday’s creative team to deliver motion graphics for news and election coverage. Many of the graphics also integrate real-time data feeds, such as for election results or weather segments, powered by the Polygon Ipsum data platform. 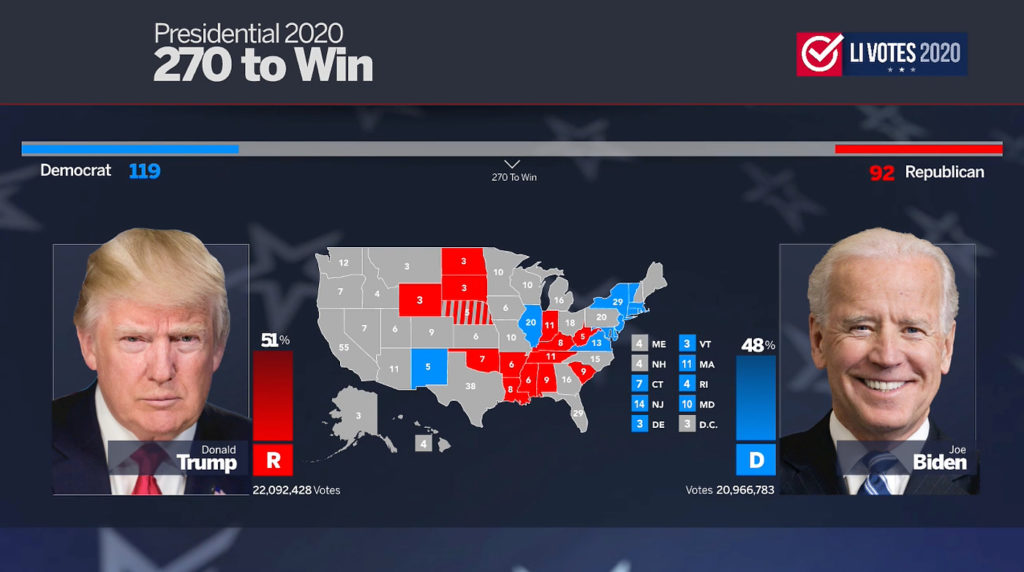 Newsday is also a subscriber to Polygon’s creative services program which provides creative design and development tailored to the Vizrt platform.

On the broadcast infrastructure side, KMH Audio-Video Integration worked with Newsday on the studio technology and the control room with Vizrt’s Viz Mosart for production control and studio automation and Viz Vectar for switching. 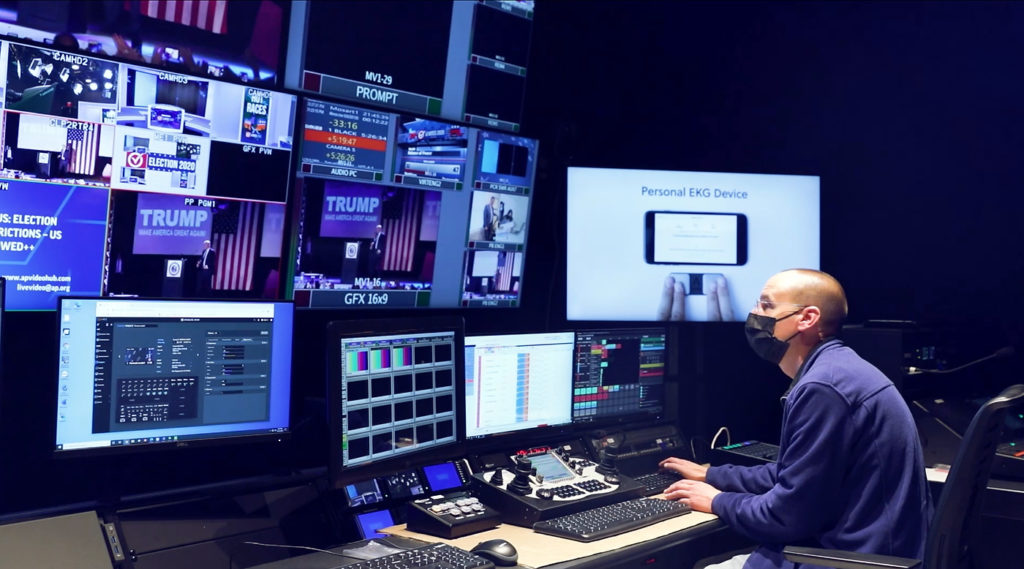 Telemetrics provided camera robotics for the studio with prompters from Autoscript.