Thanks to sports, networks’ coverage of Biden-Harris victory speeches varied 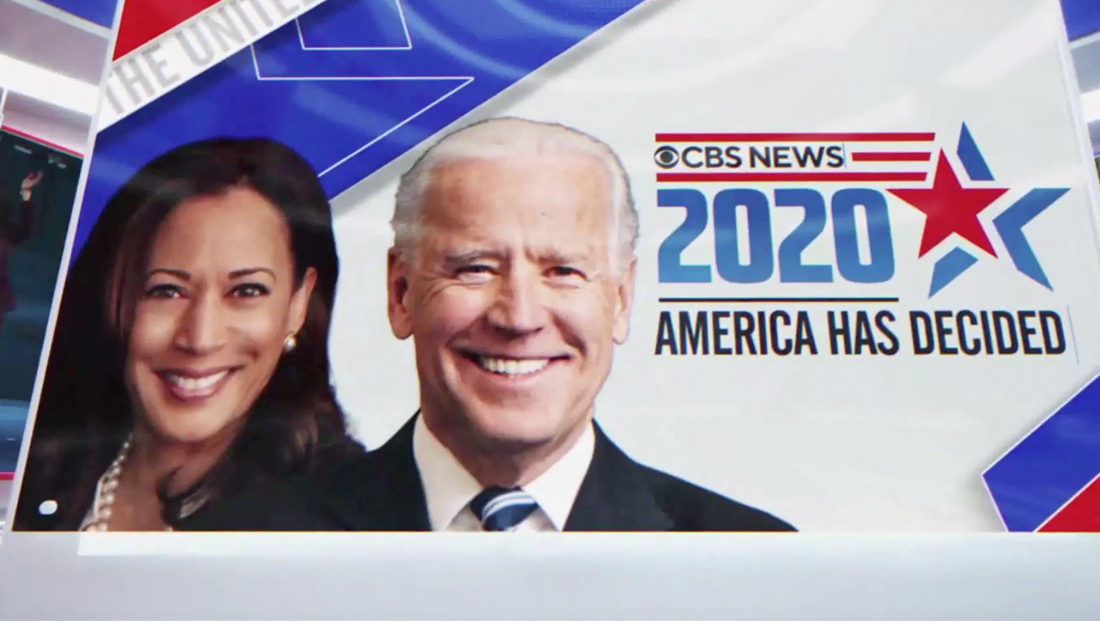 After networks calling the 2020 election for Joe Biden around midday eastern time, it quickly began evident that the planned 8 p.m. eastern victory speech was going to be a bit of a challenge for most networks.

All four of the major broadcast networks — ABC, CBS, NBC and Fox — all had live sports planned in many markets for that afternoon.

CBS, however, had already planned to wrap coverage around 7 p.m. eastern, so it had the luxury of offering a more in-depth special update for the speech that started at 8 p.m. eastern.

It actually provided programming data providers with an updated, dedicated block on the schedule titled “America Has Decided,” a nice play on its “America Decides” election branding.

ABC and NBC, however, stuck will game coverage and announced plans to shift the broadcasts to sister networks ESPNews and USA, respectively, during the speeches.

Both of these networks broke into the games moments before the speeches started (like many of these types events, they did not start on time) likely aided by the “two minute warning” networks typically get for events of national interest like this.

Fox, meanwhile, opted to carry the Biden event as a “Level 2” cut in, meaning stations had the option of airing special coverage but a regular, uninterrupted feed of its PBC boxing coverage continued to be available for those who opted not to. In at least some markets, when Biden wrapped his speech, the local affiliate simply joined PBC in progress.

On the other hand, the cable news networks — CNN, MSNBC and Fox — all were already in rolling post-election coverage and spent a good chunk of time before the speeches actually started showing live shots from Delaware with talent and commentators vamping in the background.

At one point, MSNBC’s Nicholle Wallace suggested “listening in” to the audio coming from Delaware, before asking “is there anything to listen to?” It turns out there wasn’t much, so she want back to talking with guests.