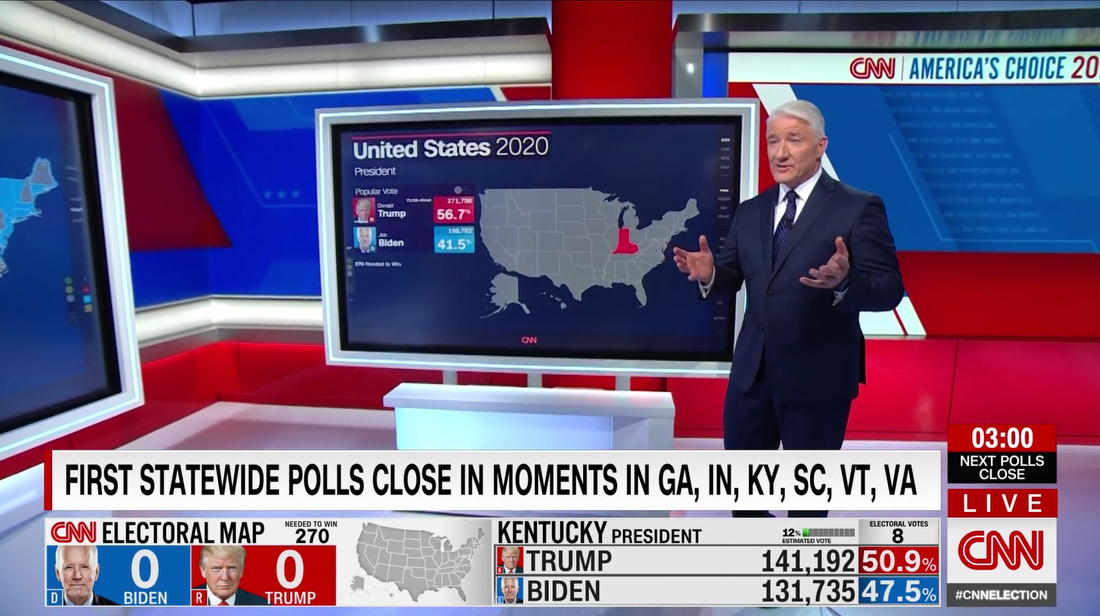 Overall, Akamai notes through its data platform the 2020 election saw streaming traffic peak at 18 Tbps, double the 7.5 Tbps peak from 2016.

“The marked increase in traffic between 2016 and 2020 is due to a number of factors, not the least of which is the intense interest in this year’s election. Also, more consumers than ever are streaming video, a trend that’s gained even greater momentum this year because of pandemic-related safety measures that are keeping people at home. Finally, not only are more people streaming video; they’re enjoying higher levels of picture quality compared to four years ago, which is delivered at higher bitrates – meaning more data,” notes Harish Menon of Akamai.

Fox News also hit record digital engagement with the network noting triple-digit increases in all categories it measures compared to 2016, such as a unique device increase of 101%. In total, 11.8 million live streams were served by Fox on Election Day with 3 million concurrent users.

ABC News saw all-time records on both FiveThirtyEight and the main ABC News website, registering increases of 21% and 36% over 2016, respectively. ABC News Live, the streaming news offering of ABC, saw its largest number of hours streamed in a single day.