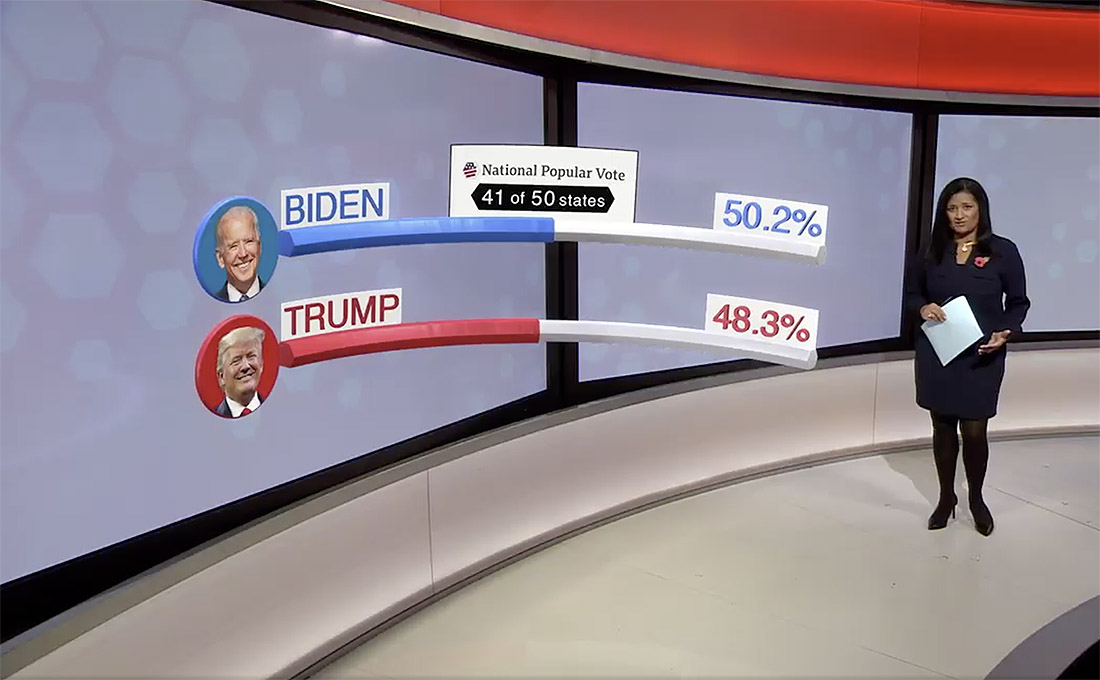 BBC’s coverage of the 2020 United States presidential election featured augmented reality maps and charts to break down data of the race to 270 electoral votes.

Powered by Arti’s cloud-based augmented reality system, BBC was able to quickly deploy the 3D elements for the election without the need for any special equipment.

“BBC News election coverage broadcast marked an exciting milestone, as the Arti AR platform was used in a live news report from a major network for the first time,” notes Yaron Zakai-Or, CEO of Arti.

Typically, BBC would produce augmented reality segments from select studios inside Broadcasting House with camera tracking and extra control systems but the Arti solution allowed the broadcaster to turn additional studio space into an AR canvas while also allowing for social distancing of talent.

“The BBC and other Arti customers love augmented reality and want to use it in as many places as they can,'” added Zakai-Or.

With the Arti system, there is no major investment in hardware or a complicated setup process, notes Zakai-Or. A simple QR code enables camera tracking through the cloud-based software interface which can output via SDI or NDI.

Data feeds can also be connected to Arti AR via standard API’s to allow for dynamic graphics. For BBC’s coverage, for example, Idonix’s Ignition software provided the API backend to supply election data.

This change in workflow to browser-based software results in a quicker turnaround time for broadcasters and allows more time to focus on the overall design on the graphics.

“People are used to other products, even if those products are used in different scenarios. Adoption of a new product always means slight changes to the workflow,” said Zakai-Or. “We worked closely with BBC and I would say our workflow meets a high-end broadcaster workflow.” 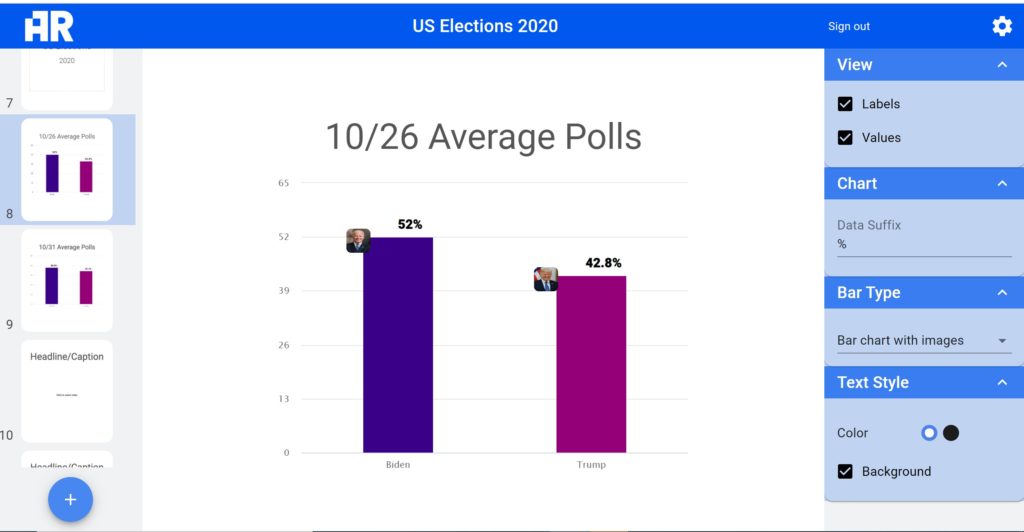 An example of the Arti web interface for creating augmented reality charts.

“We’re very proud to have been part of it, and we look forward to seeing what other compelling stories broadcasters will tell with our cloud-based augmented reality platform.”