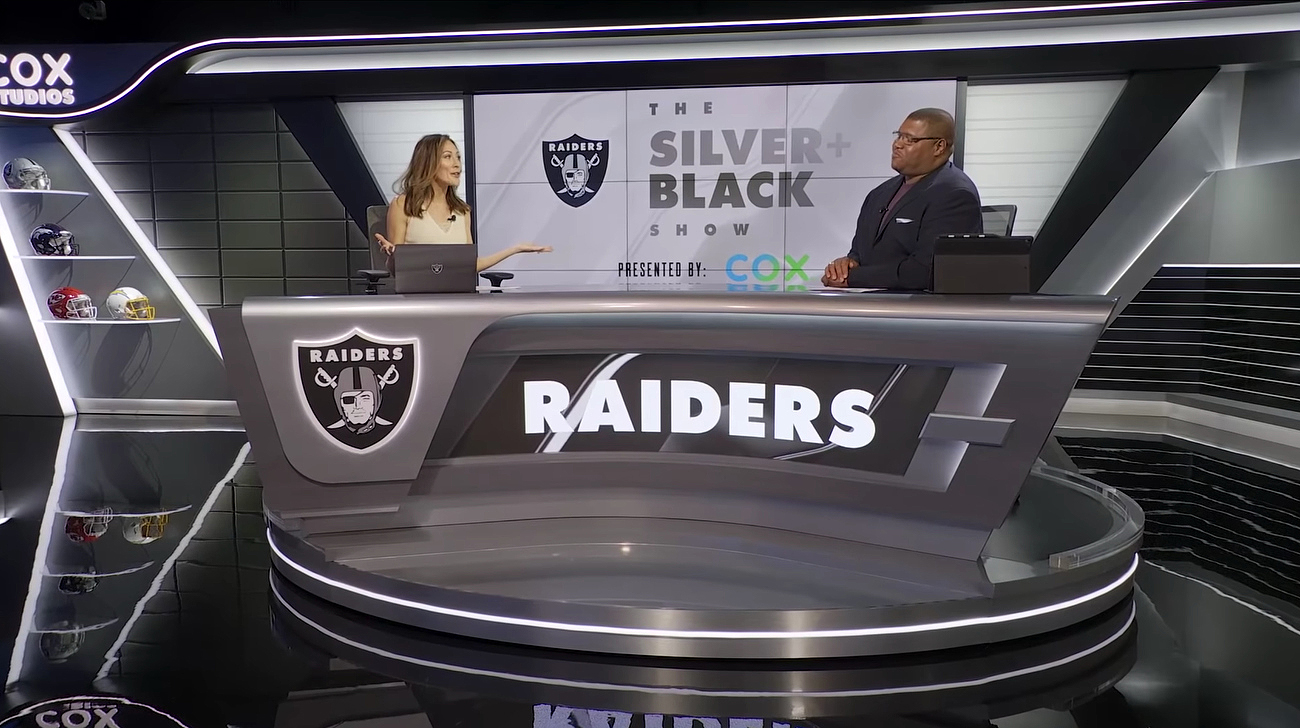 The NFL’s Raiders started anew this season, completing the move to the newly build Allegiant Stadium just off the Las Vegas Strip and an expansive training facility in Henderson, Nevada.

While the stadium has not had as many fans inside as the league and owners had hoped this season, due to the coronavirus pandemic, the team has made use of its broadcast facility inside the Intermountain Healthcare Performance Center to pump out content across social media along with the “Silver & Black Show.”

“The Raiders wanted to make a splash worthy of Las Vegas with their new stadium and headquarters. The look of their new studio needed to rise to the same level,” said James Yates, the studio’s designer. “The challenge was two-fold: Create an environment that had the same ‘flavor’ of the new stadium without making it a cheap knockoff and work within a color scheme of black, white, silver and gray.”

Yates incorporated the flowing lines of the stadium design while being careful to avoid directly quoting Manica Architecture’s design language, while also working in the moody palette of the Raiders.

“I was concerned that the resulting design would look like it was shot in black and white like an old movie.  The Las Vegas skyline was the natural solution to expand the color palette,” notes Yates. “A 42 foot long backlit image with the blue desert sky and all the colors of the strip helped shake things up in terms of color.” 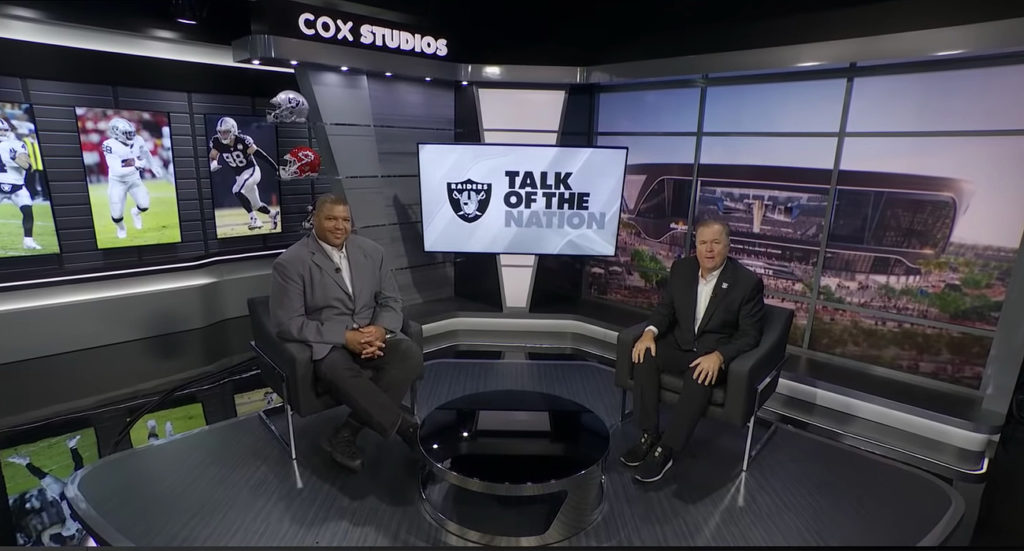 Along with having to work through the pandemic, the project team also had to manage issues from the training centers construction, including a giant beam that presented challenges for the grid.

“We ran into a big challenge when the building engineers added what I dubbed ‘the big bad beam’ to the structure of the building,” said Yates.  “The beam was over two feet wide and ran the length of the studio.”

The beam meant the studio’s lighting grid and lighting design, from FLDA, had to work around the obstruction to ensure necessary lighting angles with Yates noting the beam looked nearly intentional by the time the project was done.

“I am particularly happy with how the casual sit-down area and the anchor desk came out,” said Yates. “To me, the desk echoes the face on the Raiders logo.  It’s sort of a stylized eye patch.” 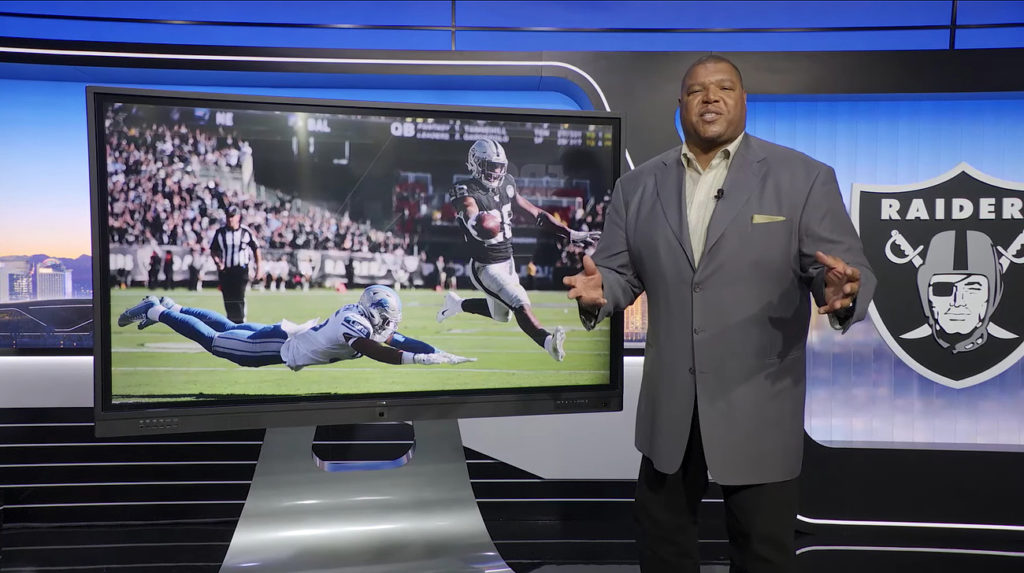 The desk is fronted by a 1.9 mm pixel pitch LED display from DesignLED that follows the curve of the design with a 3×3 video wall behind with Philips seamless 1.8mm 55-inch panels.

Around the set, three vertical 55-inch displays and an 86-inch monitor are present in the casual area with a 72-inch display on a mobile kiosk. AV Design Services provided integration for all of the on-set technology.

On the control room side, Alpha Video Sports & Entertainment worked with the team to create the behind-the-scenes facilities and broadcast infrastructure at both the stadium and training facility, using Ross Video solutions.

On the motion side, the Raiders worked with Troika to design the team’s in-stadium motion graphics system and broadcast branding package.