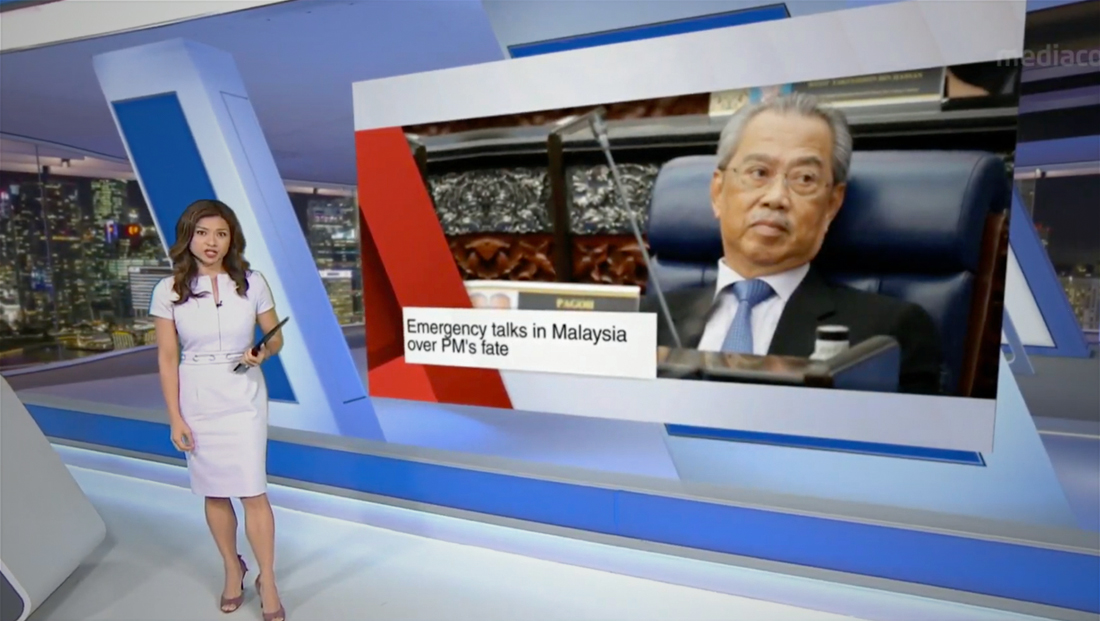 Singapore based CNA has combined green screen technology and camera tracking to create an on-air look that’s much more expansive than it actually is. 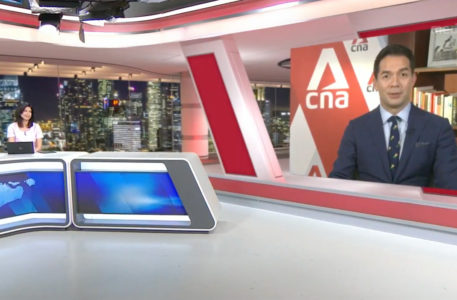 CNA, formally known as Channel NewsAsia, added a new broadcast venue to its studios that includes a “real” anchor desk and structural framework designed to show up on camera, created by Jago Design.

In this simulation created by NewscastStudio, the approximate placement of the green chroma key wall is shown compared to the ‘hard’ scenic elements in the CNA studio. The image with the green screen filled in is taken from an actual broadcast, but the green color was added using photo editing software.

Jago’s physical set design includes a header and footer with color-changing lightbox elements with integrated lighting as well as a large circular pillar and LED panel. 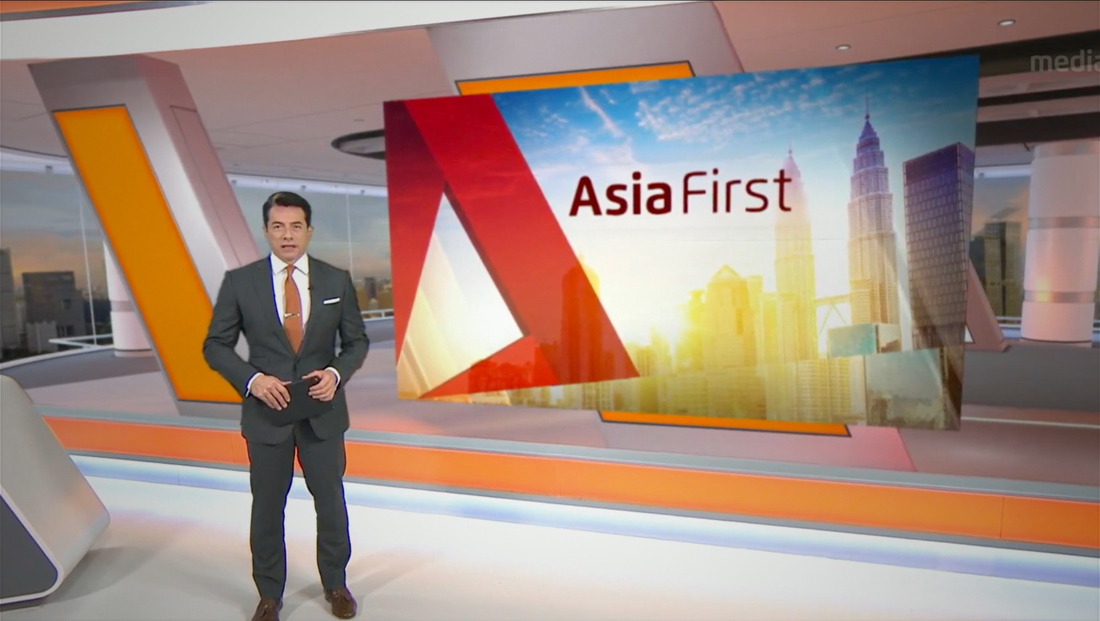 For broadcasts, the green screen is filled in with virtual set extensions created by Jim Mann at Lightwell and include a variety of features:

“We created a wraparound architectural interior. The lighting and sun angle in the set changes from (7 to 8 a.m.) and then from (8 to 9 a.m.),” said Mann.

For evening productions, there is nighttime cityscape with an alternative option featuring a custom-created composite of Asian landmarks.

“The aim has been to create a distinct time and geographical context for the news broadcasts,” Mann added.

Originally, the set was scheduled for an early 2020 debut but was delayed by the coronavirus pandemic.

This new environment joins a 2017 studio that has since seen updates in the way of more augmented reality elements blended in.

CNA is part of MediaCorp the government-funded broadcaster of Singapore.