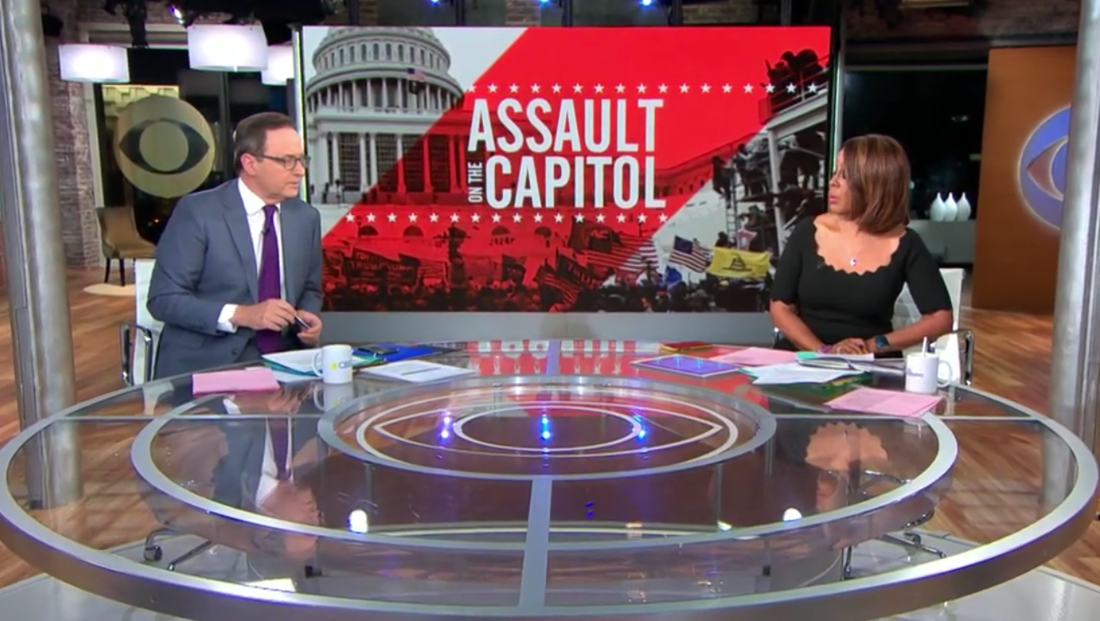 CBS and ABC News kicked off continuing coverage of the aftermath of the pro-Trump extremists’ attacks on the U.S. Capitol Jan. 7, 2021, with bold branding.

On “CBS This Morning,” which was billed as a special edition, the show utilized bold red graphics reading “Assault on the Capitol.”

The look was combined with photography of the attacks and also had both a stacked and horizontal logo lockup — with the stacked version tilting the words “on the” on their side and tucking them in to the small negative space created by right aligning the word “Capitol” under the “Assault.”

Horizontal versions added star accents on either side of the logo lockup.

ABC, meanwhile, went with “Capitol in Crisis” for its branding starting with “Good Morning America” — and created a boxy blue and red logo with a rough textured background. 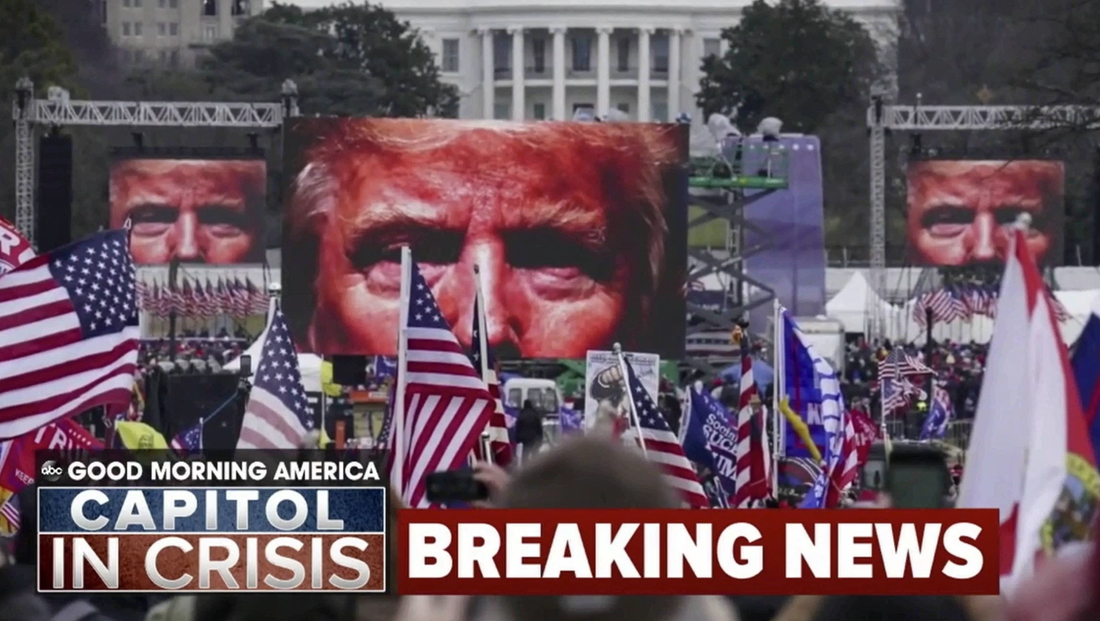 While ABC had significant on the ground coverage in D.C., all three of its anchors remained in studio in New York.

As of the morning of Jan. 7, NBC, CNN, MSNBC and Fox had not introduced full on branding for Capitol coverage — a somewhat unusual move in an era when major stories often get catchy monikers.

NBC’s “Today,” however, did use a modified open for its split edition, which had Savannah Guthrie on Capitol Hill for the first hour before she moved inside Studio N5 at the network’s newly opened North Capitol Street NW studios and bureau.

If you have a moment to watch, here is our open today on @Morning_Joe. pic.twitter.com/3OHEN1Tz2g

The network’s 9 and 10 a.m. eastern hours of “MSNBC Live” leveraged the curved and flat video wall combo in Studio 3A.

Later in the week, MSNBC would introduce “Crisis on Capitol Hill” branding, though it also served as a more catch all banner for coverage relating to the general unrest, division and speculation of more violence on the hill.

CNN and Fox covered the story extensively under their normal morning programming branding.