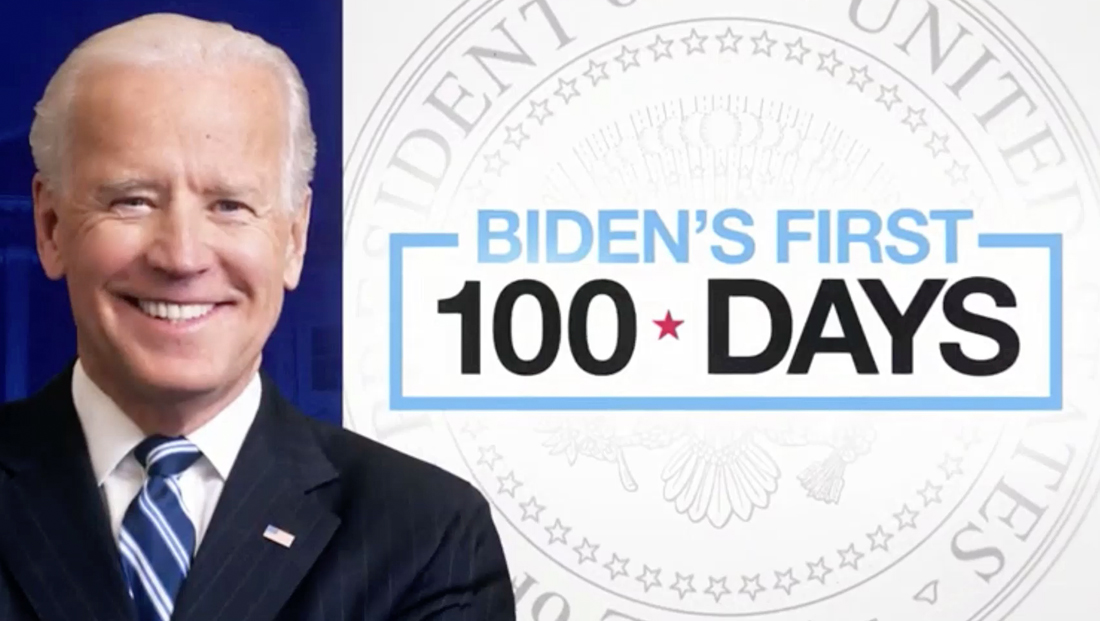 MSNBC and CNN have rolled out looks that draw on their inauguration graphics for covering the first 100 days of President Joe Biden’s administration.

MSNBC’s look uses its election theme music along with elements from its rather unique inauguration graphics package.

It includes both a longer stinger and transition wipe along with coordinating video wall graphic options along with the specific title of “Biden’s First 100 Days.”

CNN, meanwhile, is using its “America’s Choice” look that was further adapted for the inauguration — and uses the title “The First 100 Days.”

After Donald Trump’s election in 2016, Fox announced a 7 p.m. program called “The First 100 Days” hosted by Martha MacCallum. It would eventually outlive its name and become known as “The Story.”

Neither MSNBC nor CNN have announced programs solely focused around the first 100 days of the Biden admnistration.