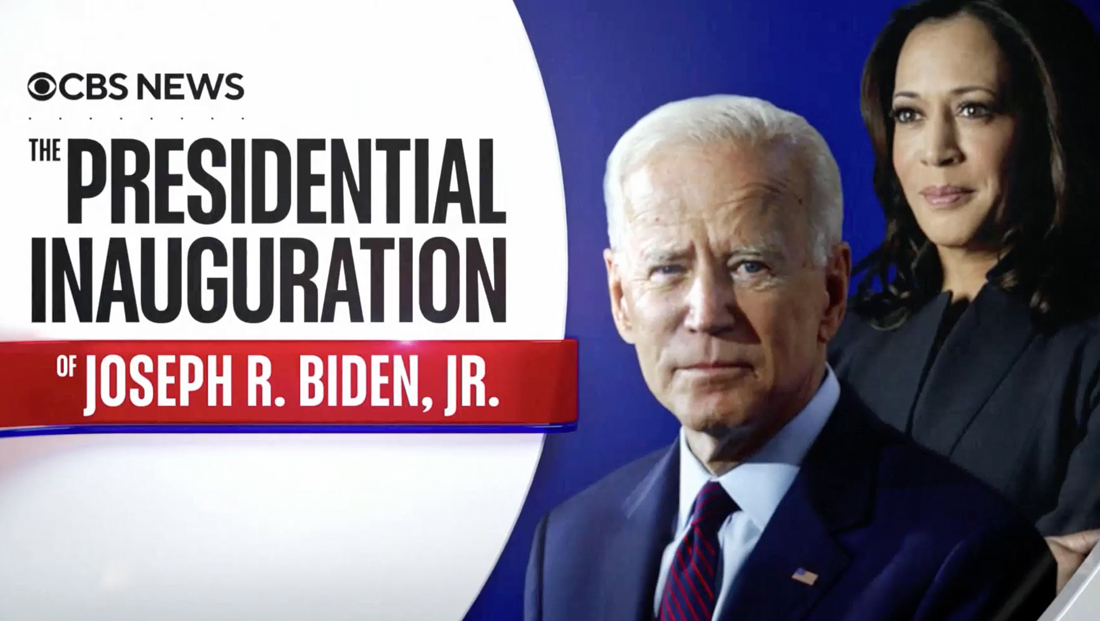 Broadcast and cable networks offered extensive coverage of the inauguration of Joseph R. Biden Jr. Jan. 20, 2021 — and pull out all the patriotic stops, music and imagery. 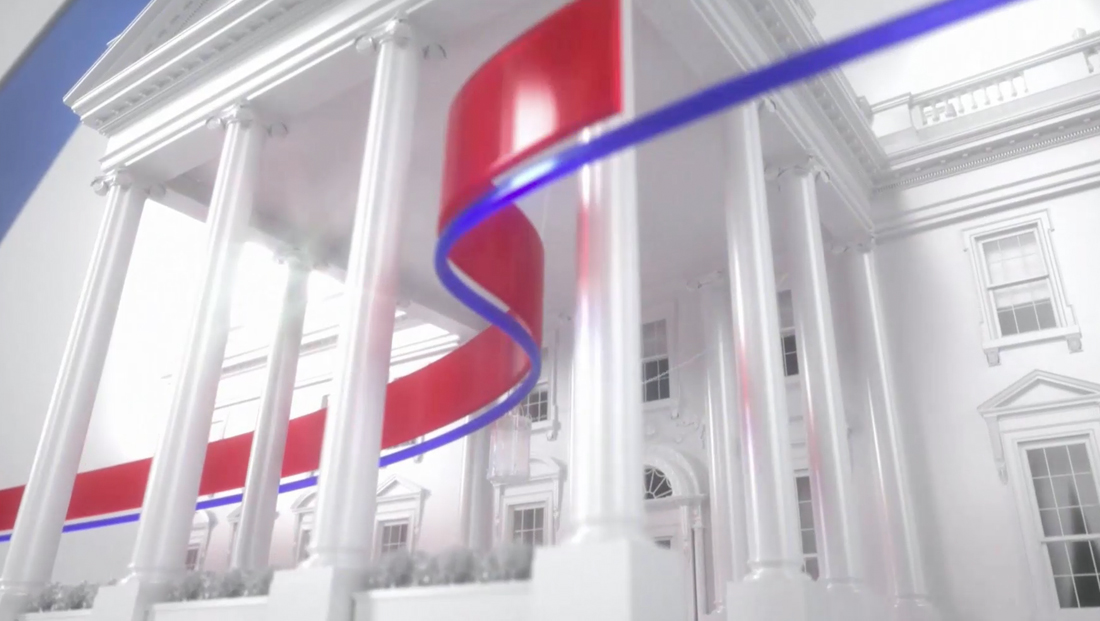 A large red one and skinnier blue one wove their way through scenes from past inaugurations in the network’s coverage open as well as making appearances as the network’s lower third banners, which sported rather large condensed typeface.

The red line was first hinted at in CBS News promos, though at the time they were flatter and more in the style of other looks used by the network and not the shiny ribbon motif.

In select markets, “CBS This Morning” aired its normal open with the ribbon elements interwoven.

The show was anchored from the Washington, D.C. studio of “CBS Evening News” and “Face the Nation.”

In the Chicago market, CBS aired the first hour of “CBS This Morning” on tape delay and then switched to live rolling coverage at 8 a.m. local time. In other time zones most stations picked up the special report coverage starting at 9 a.m. eastern.