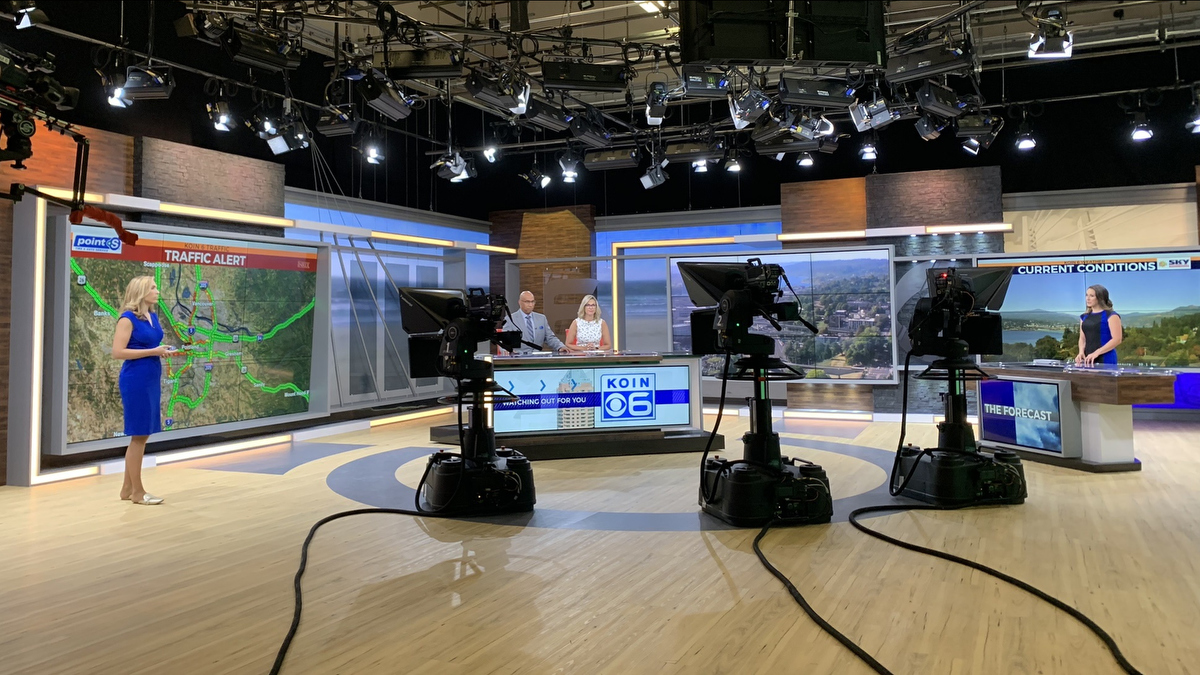 This award comes a few months after FX’s win for WRAL’s lighting design in the Broadcast Production Awards, from NewscastStudio, and a regional Emmy Award win for WTVD.

“The primary objective of KOIN’s set design was to bring a sleek, modern aesthetic to the broadcast space while capturing the environmental and cultural essence of Portland,” notes a release from FX Design Group about the project.

“Nexstar is extremely proud of the new set design at KOIN-TV,” said Blake Russell of Nexstar. “We worked with FX to maximize technology and create versatility in the right areas resulting in a very engaging LOCAL representation with a bold look. This was a truly collaborative process and we are honored to be recognized with GOLD at Promax for best set design.”