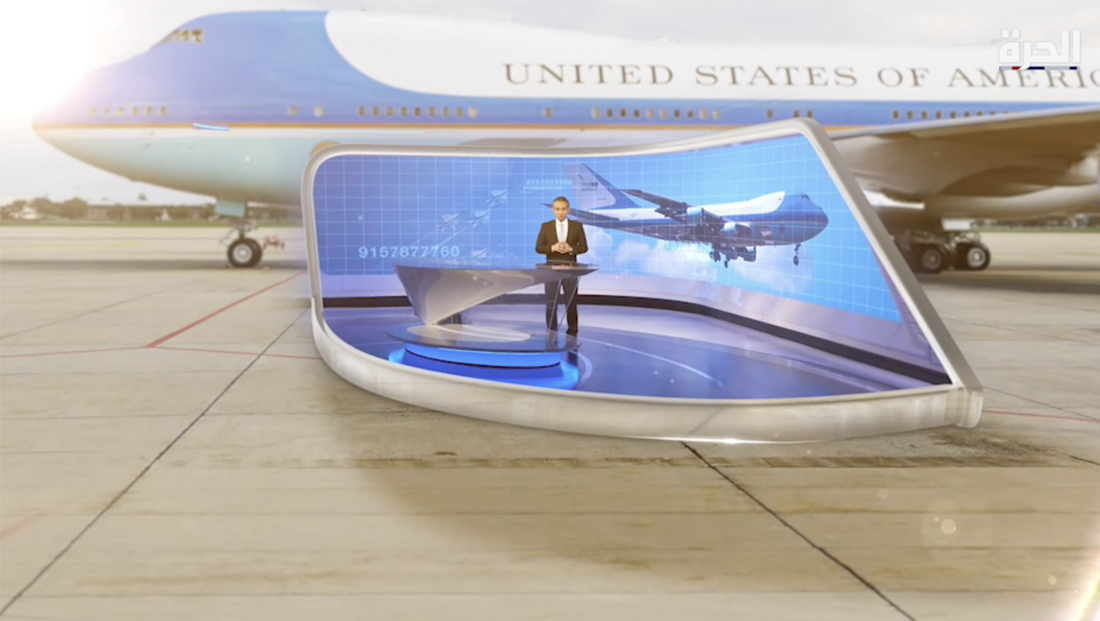 Alhurra took its viewers on an Arabic language immersive mixed reality tour of the aircraft commonly known as Air Force One.

The segment starts with the presenter appearing on set with a virtual “model sized” version of one of the two customized aircraft typically used to transport the president of the United States floating over the desk in front of him.

The view then pulls back to reveal a view of a portion of the set digitally sitting on a virtual tarmac.

The segment also takes viewers inside the various spaces inside the aircraft, including the cabin, presidential office, galley and cockpit.

Finally, a larger 3D model of the aircraft is inserted into a modified long view of the Alhurra studio — making it look like a hanger of sorts (though it does not appear the scale is meant to be life size).

Technically speaking “Air Force One” is a call sign for any U.S. Air Force operated aircraft carrying the current president of the U.S.

It commonly, however, is used to refer to one of two heavily customized Boeing 747s (which the manufacturer refers to as VC-25As) designed for the use of the traveling president, support staff and press corp.

These two crafts are more specifically identified by the tail numbers 28000 and 29000 and efforts are currently under way to replace the two aircraft with newer models, which would trigger new tail number assignments and, in turn, cause one of these to get the call sign of “Air Force One” whenever the president is on board.