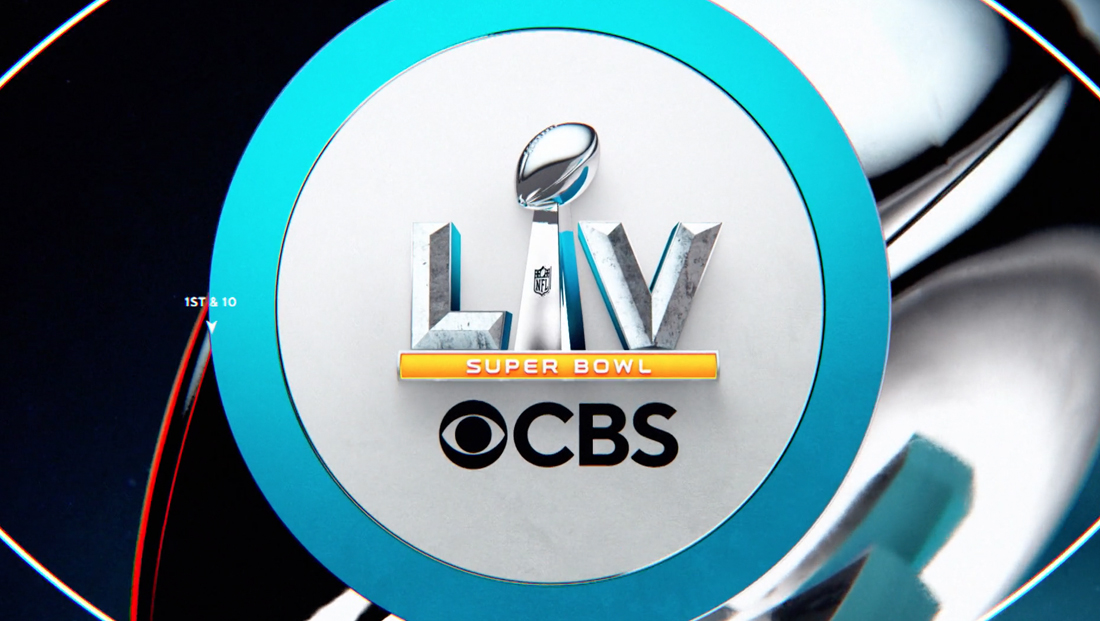 CBS Sports is airing a promo for its coverage of Super Bowl LV that draws on the network’s updated branding.

The spot starts out with a look inspired by the overall new look CBS began rolling out in the fall of 2020 that incorporates the “deconstructed eye” look while also mixing in hints at a possible “sub-brand” look for the sports division — 3D elements of the shapes found in the network’s iconic logo that appear to “tilt” gently away for each other in animated elements with gray shades with bold red edges.

Meanwhile, the middle portion of the promo includes fullscreen graphics in the colors of the Kansas City Chiefs and Tampa Bay Buccaneers (red, gold and white and red and black, respectively) and views of star players with text in a condensed typeface, as opposed to the TT Norms font the entire network has been switching to and updated its various logos to use.

Accents in this part include hash marks and lines inspired by the football field markings and play diagrams along with microtext and a distinct deconstructed animation for text entrances.

At the end of the promo, a 3D rendition of the Super Bowl trophy appears blurred in the background with elements of the eye on top and colored to match the teal color used in the matchup’s standard logo design that’s modified each year and used no matter what network is airing the game.

The view then transitions to a blurred video loop of waves (likely inspired by the Tampa, Florida, location) and a standalone rendering of the Vince Lombardi Trophy to one side before, again like most CBS promos use, a brief branded animation sequence.

This final screen includes a side view of the 3D CBS eye look that features repeating “Super Bowl LV” text appearing on the “side” of the eye shape.

NBC was originally slated to carry the telecast of Super Bowl LV according to the established rotation between the big three networks and Fox, but opted to swap with CBS.

This means NBC will carry Super Bowl LVI in 2022 the same year it will broadcast the Winter Olympics in Beijing — a strategic move by the network that will allow it to bundle ad sales across both events.

NBC is slated to carry coverage of the postponed 2020 Summer Olympics in Tokyo later in 2021. These games were originally planned to air in Summer 2020 but were delayed due to the coronavirus pandemic.

Super Bowl LV will originate from Raymond James Stadium in Tampa, which also happens to be the home field of the Buccaneers.

Super Bowl host cities and stadiums are picked several years in advance and it’s essentially a coincidence that one of the competing teams is also hosting.