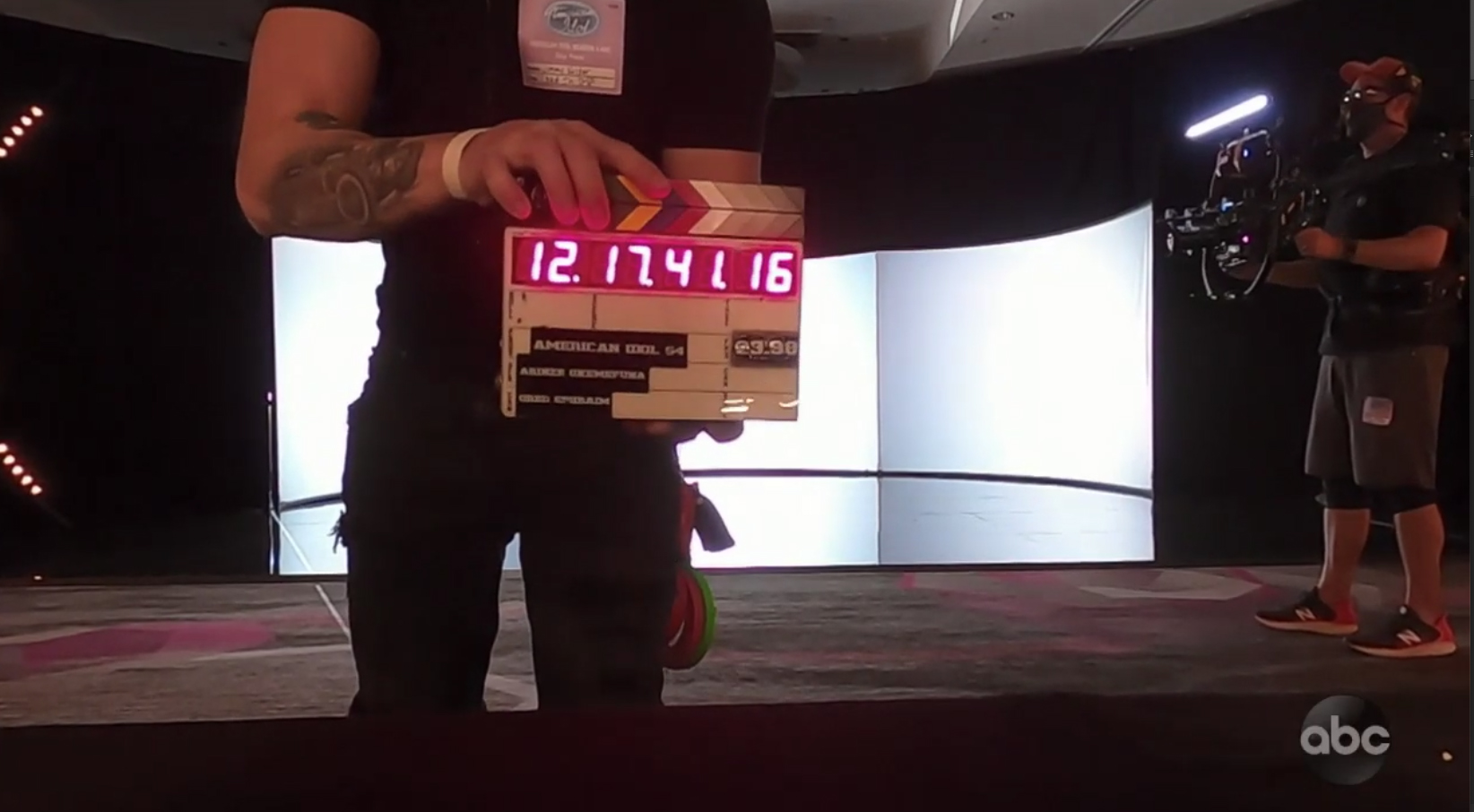 ABC’s “American Idol” returned for its fourth season on the network Sunday, Feb. 14, 2021, with a COVID-twist to help candidates talk to loved ones who couldn’t travel to California for auditions due to social distancing and travel restrictions.

Dubbed the “180 Room,” the setup features a three segment screen and open area in the middle for the contestant to stand while oversized images of friends, family and pets are displayed wishing those on site auditioning luck and, if they are picked to advance, celebrating afterward. 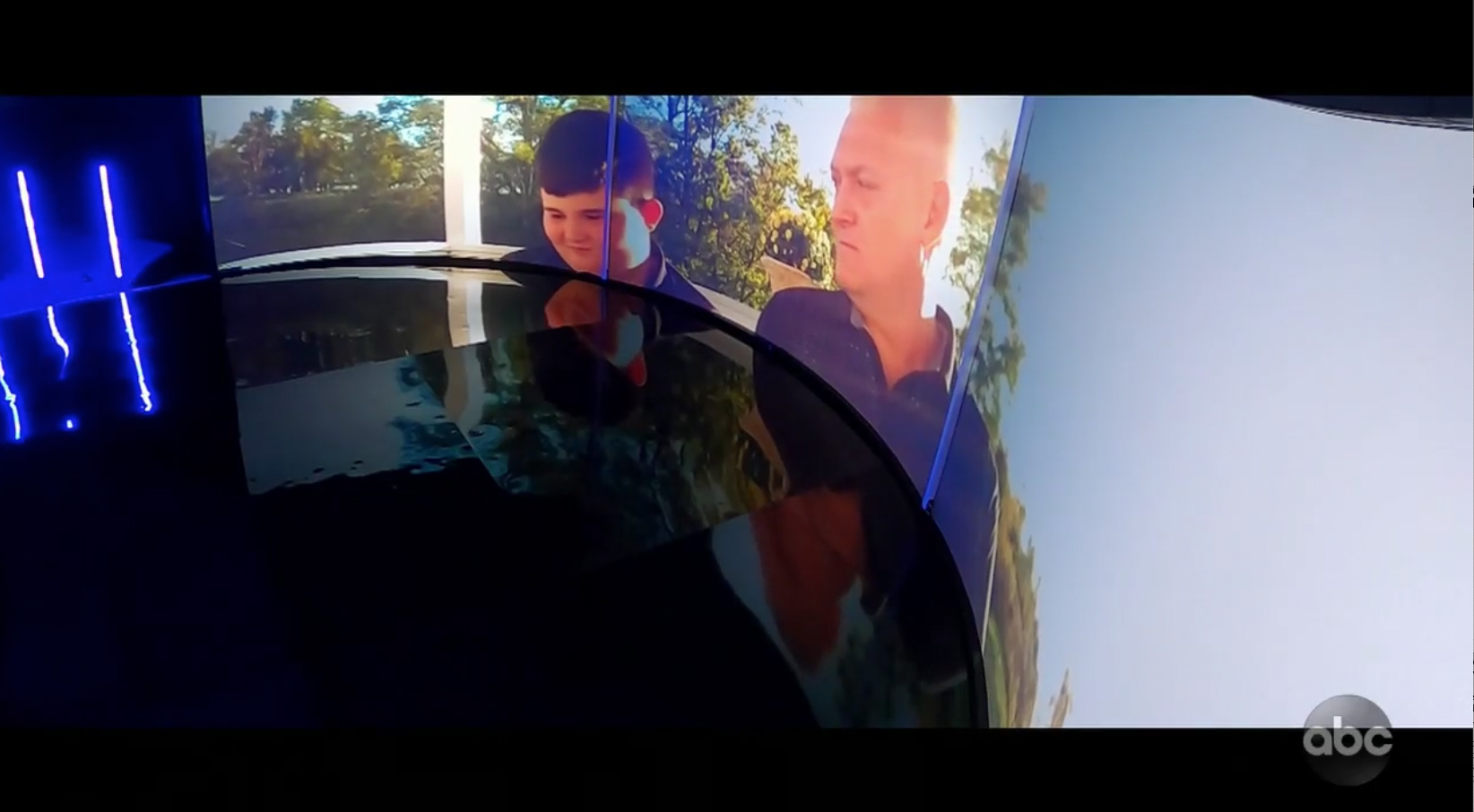 A wide, overhead view of the 180 room on ‘American Idol.’

“Idol,” which has had 19 total seasons across its runs on Fox and ABC, appears to be allowing one person to accompany the person auditioning this season, though past, non COVID seasons have featured larger grounds of friends and family in person.

The producers likely had to consider any travel restrictions and social distancing guidelines in place when the auditions started filming back in October 2020, so it makes sense to cut down on the number of people allowed at the audition site.

On the Valentine’s Day premiere, multiple contestants entered the 180 Room and were pleasantly surprised by how big the images of their supporters were. 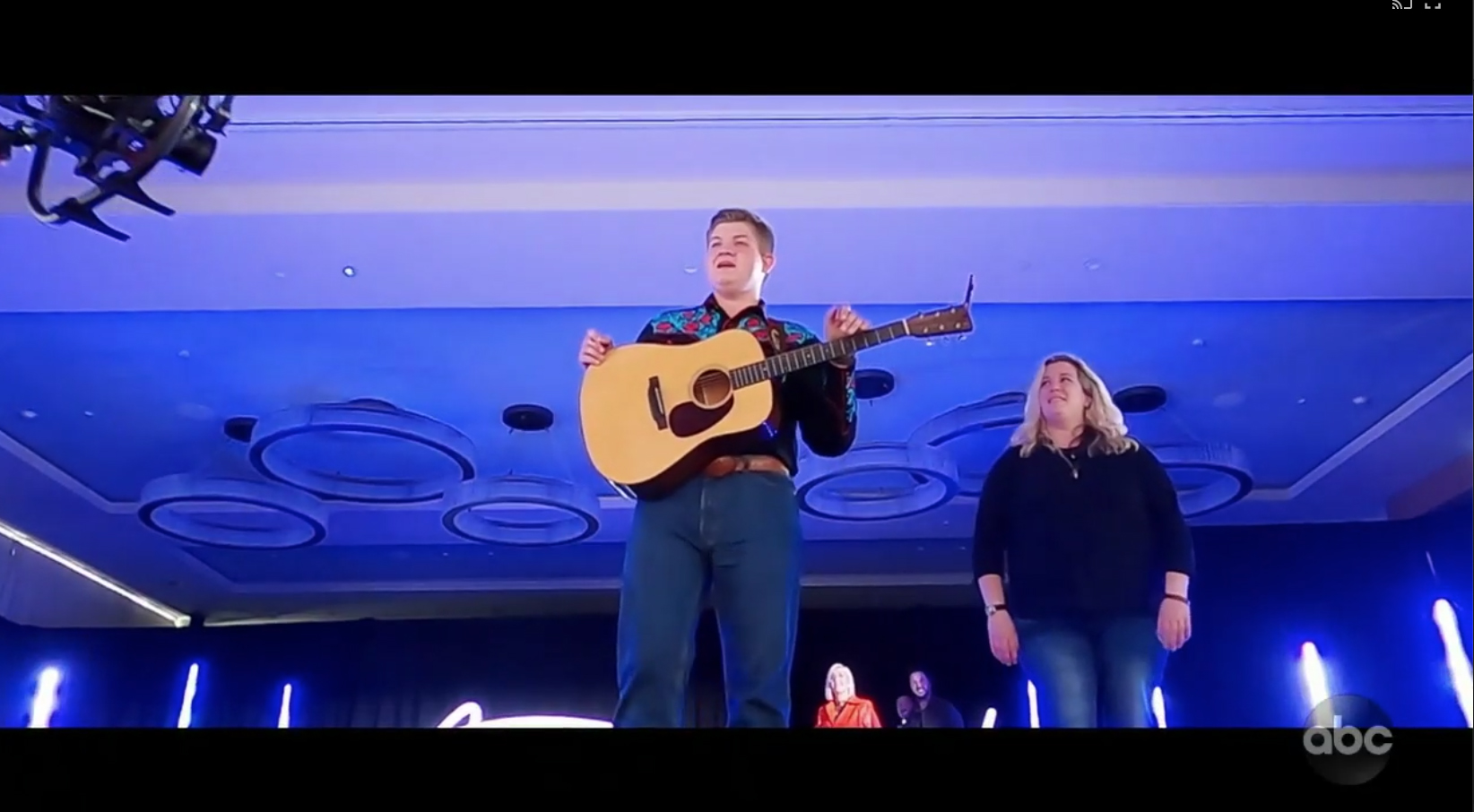 The view from the camera stationed along the bottom of the center screen during some uses of the 180 Room.

Producers opted to capture these reactions and on site sides of conversations with a variety of cameras — including handheld that would moved around the contestant and, in at least one case, a fixed camera that appeared to be place near the bottom center of the central screen. 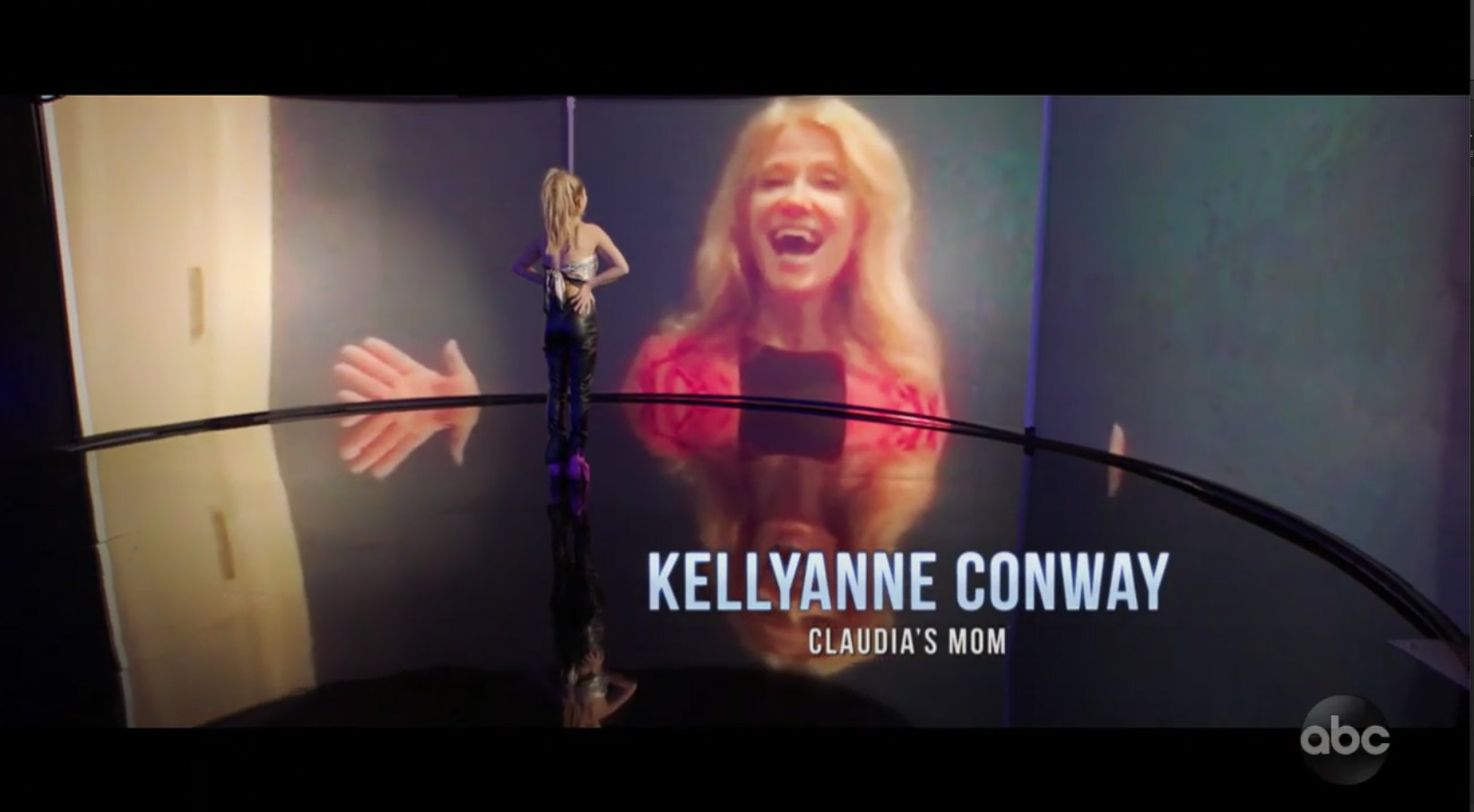 With some shots, the use of the three screens to stretch over the 180 degree field created odd framing of the remote feed. This notably happened when Claudia Conway, daughter of former Donald Trump adviser Kellyanne Conway, appeared on the screen before and after her daughter’s  “uneven” audition.

Her father, George Conway, a well known figure in politics as well, accompanied Claudia to the audition and was included the flowery video montages the show typically airs.

The ultra wide aspect ratio created by linking three screens side by side was likely meant as a way to create an “immersive” experience — and in some ways conjures connections to golf simulators (albeit a very wide one).

In at least one case, the show had to “shrink” the remote feed down, leaving blank “pillarboxes” on either side but opted not to fill these with branded graphics.

It appeared the screens used some type of projection technology, as opposed to being an LED or similar more advanced setup.