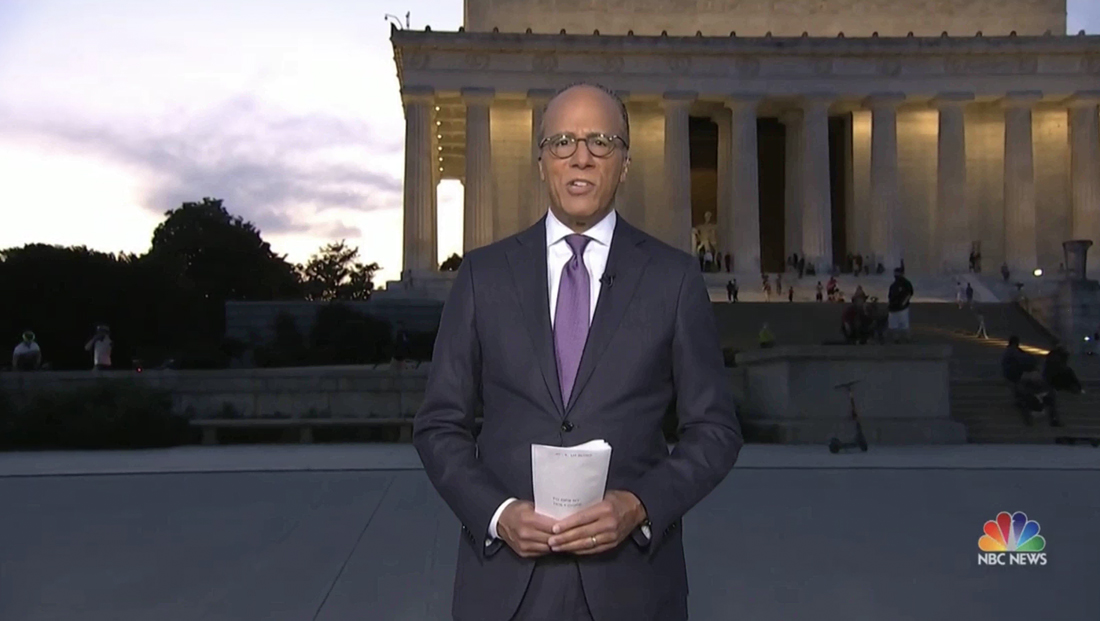 “NBC Nightly News” broadcast from in front of the Lincoln Memorial on March 11, 2021, the one year anniversary of WHO declaring the coronavirus crisis a worldwide pandemic.

Anchor Lester Holt kicked off the broadcast with wide views of his position southeast of the monument that were captured using a handheld camera that used the “floating” camera technique.

The show’s normal open, which was updated to remove Rockefeller Center imagery in November 2020, ran its normal look before the world map background “dropped out” to showcase a view of the Reflecting Pool with the show logo still in a box at the center of the screen.

After the open and headlines, a view of Lincoln’s statue inside the memorial appeared before the camera quickly pulled back to reveal Holt, who walked into position (he did a slightly longer walk in the prior to the headlines).

As he read an extended open that transitioned to a package narrated by him, the camera floated, showcasing most of the front of the memorial along with some of the skyline of the quickly setting sun in the western sky. 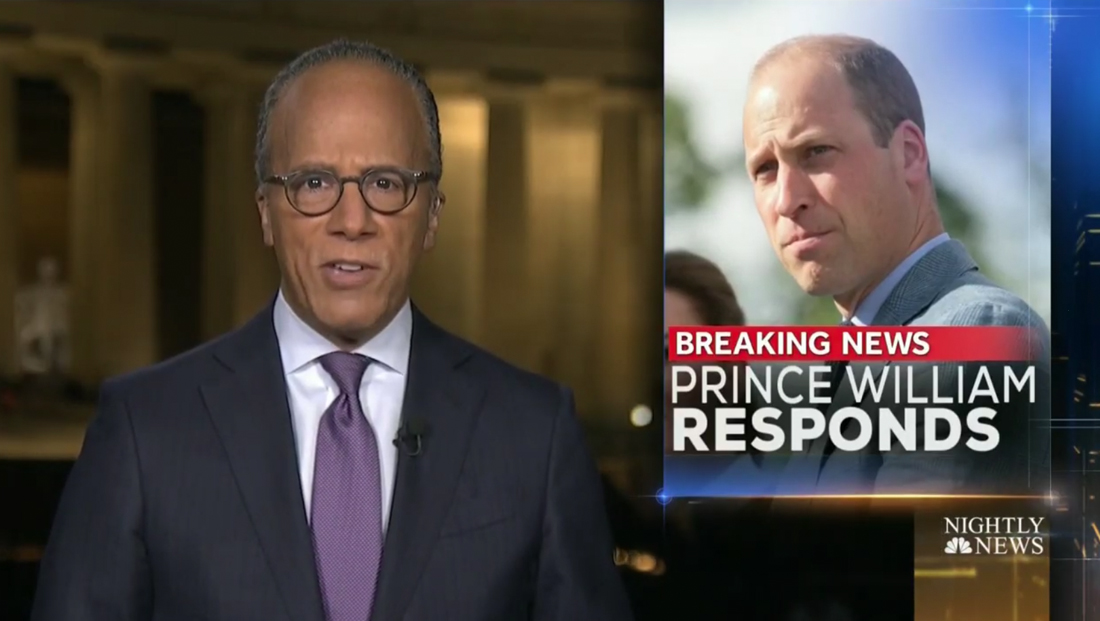 For other segments, including other news of the day, a different, fixed camera was used that placed Lincoln’s statue just over Holt’s right shoulder.

The Lincoln memorial was the site of January 2021 multinetwork memorial events honoring the victims of the coronavirus pandemic.