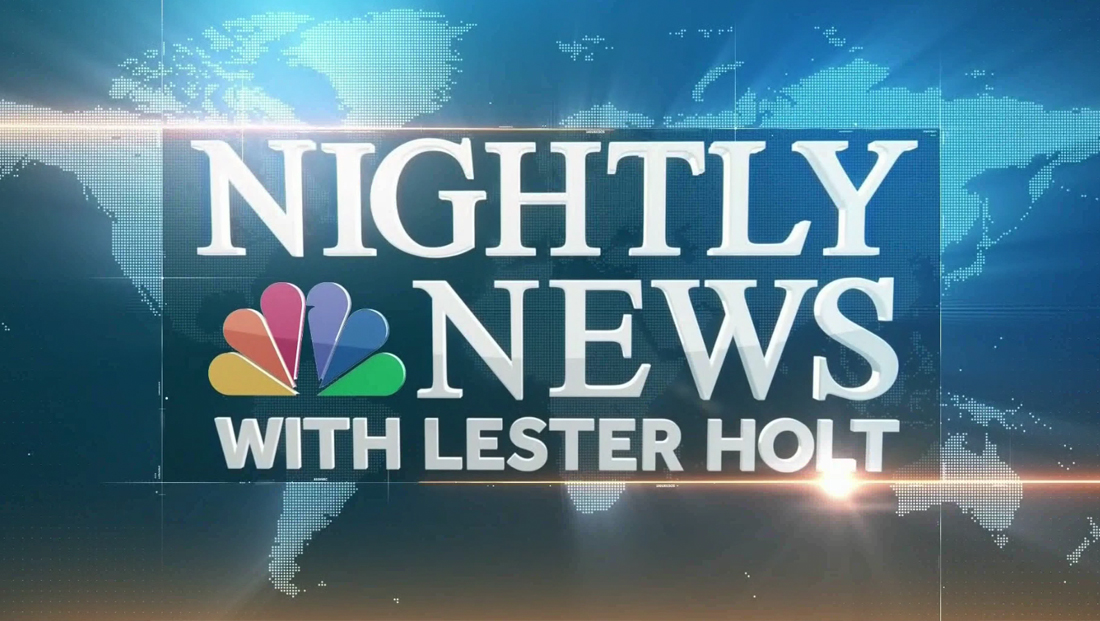 “NBC Nightly News” appears to have switched over to a new open for its weekday editions.

The open debuted Friday, Nov. 27, 2020 and only aired that day during Thanksgiving week.

Anchor Lester Holt was out for the holiday Wednesday, Nov. 25 and Thursday, Nov. 26, having last appeared on Tuesday’s Nov. 24, 2020’s edition with an exclusive interview with Joe Biden from Wilmington, Delaware.

Holt was back in the chair Nov. 27 and the newscast started out as normal — with a rundown of headline teases before the familiar “Nightly” signature fanfare plays. 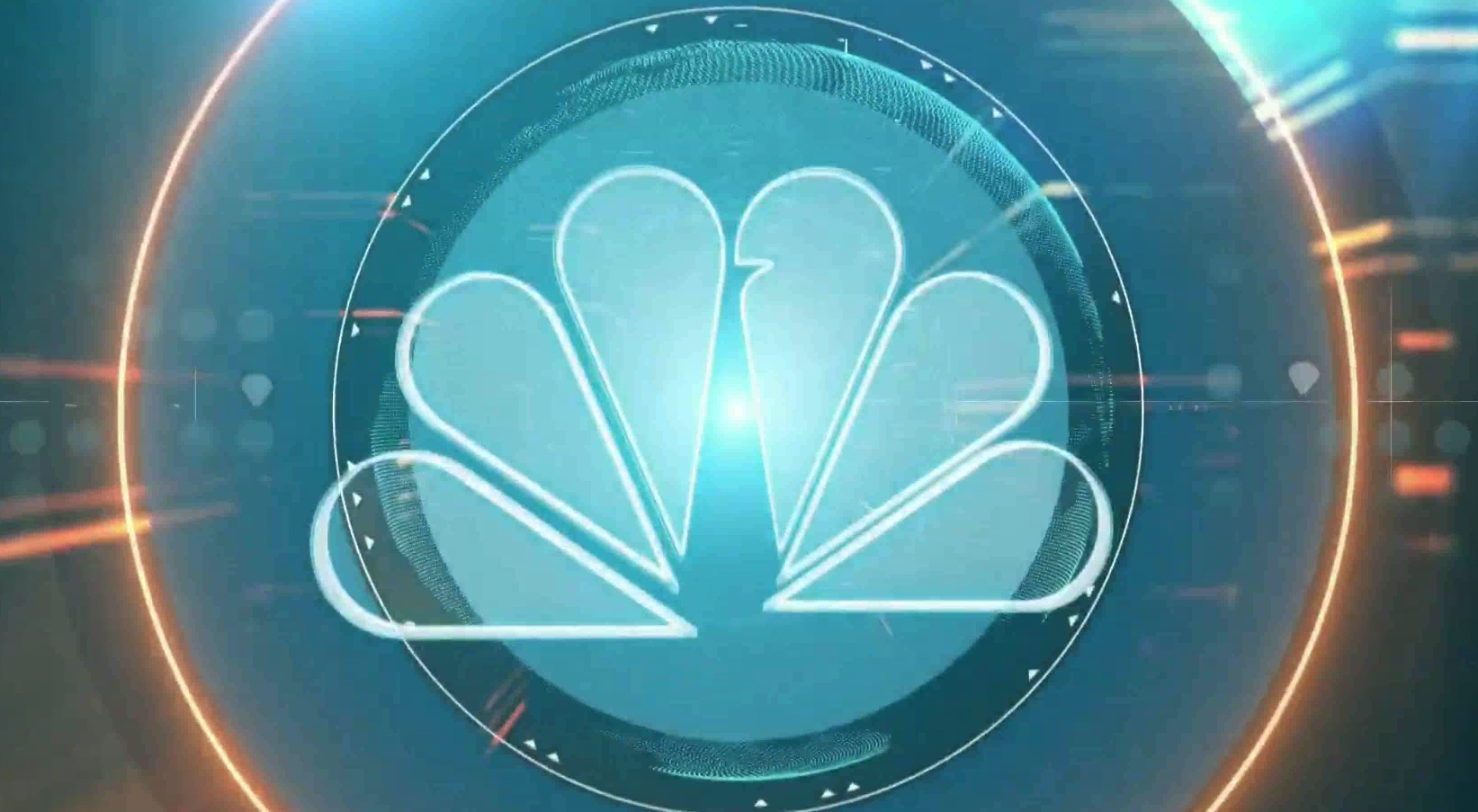 However, instead of being treated to a 3D animated view of Rockefeller Center that first bowed Oct. 10, 2016 — albeit in a longer format — viewers saw an NBC peacock and dotted globe centric look that better matches the on set graphics that debuted Nov. 10, 2020.

The new design features a circular motif with a large glassy peacock in the middle that comes together in the moments of the sequence and then separates with each “feather” flying forward, which has a visual connection to the “deconstructed” NBC peacock sculpture that hangs from the show’s studio ceiling. 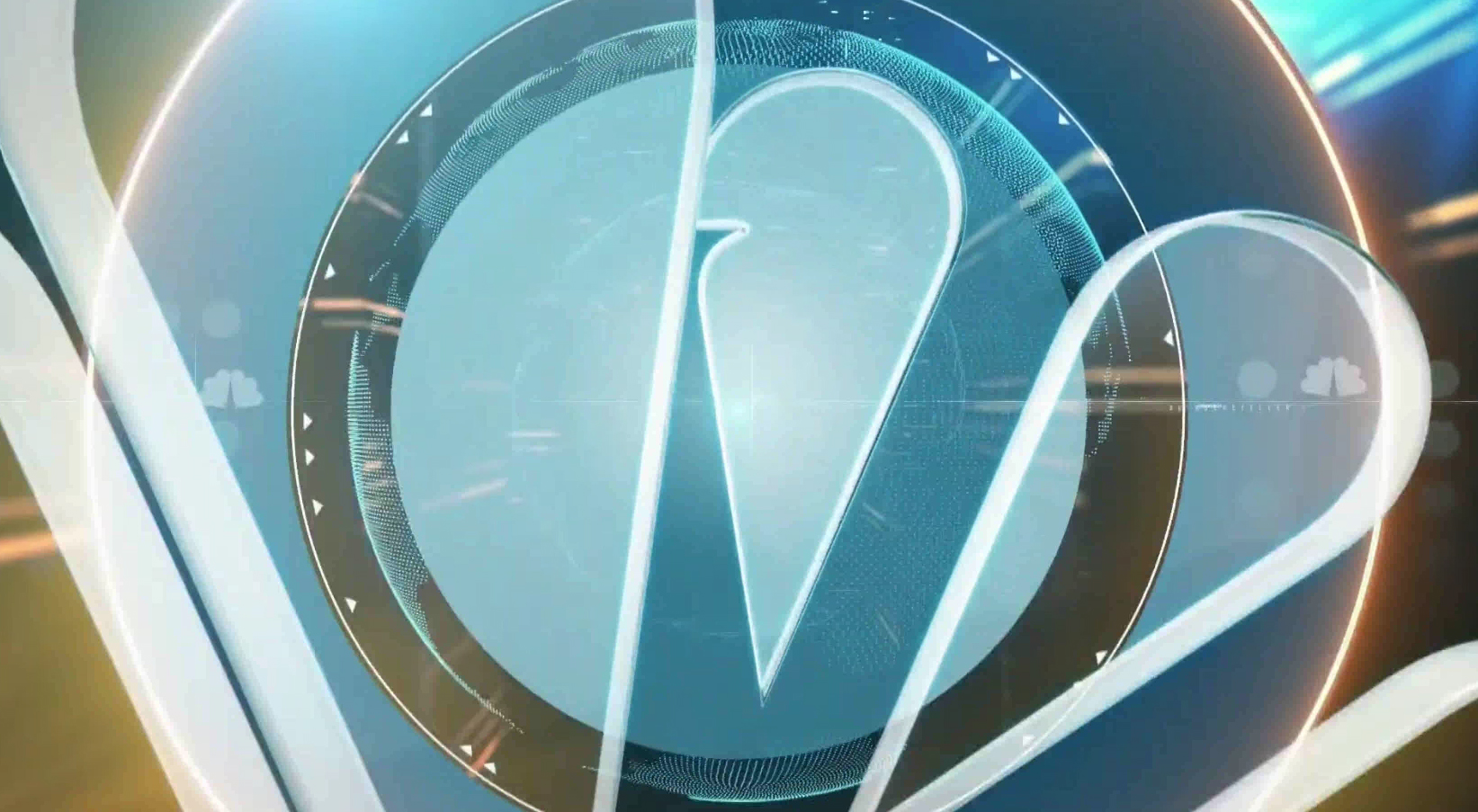 The feature shape with the “notch” representing the head of the bird then becomes a sort of “lens” into the next scene with hints of the world map visible as the show’s logotype, set in Argent and Effra, “folds” into place. 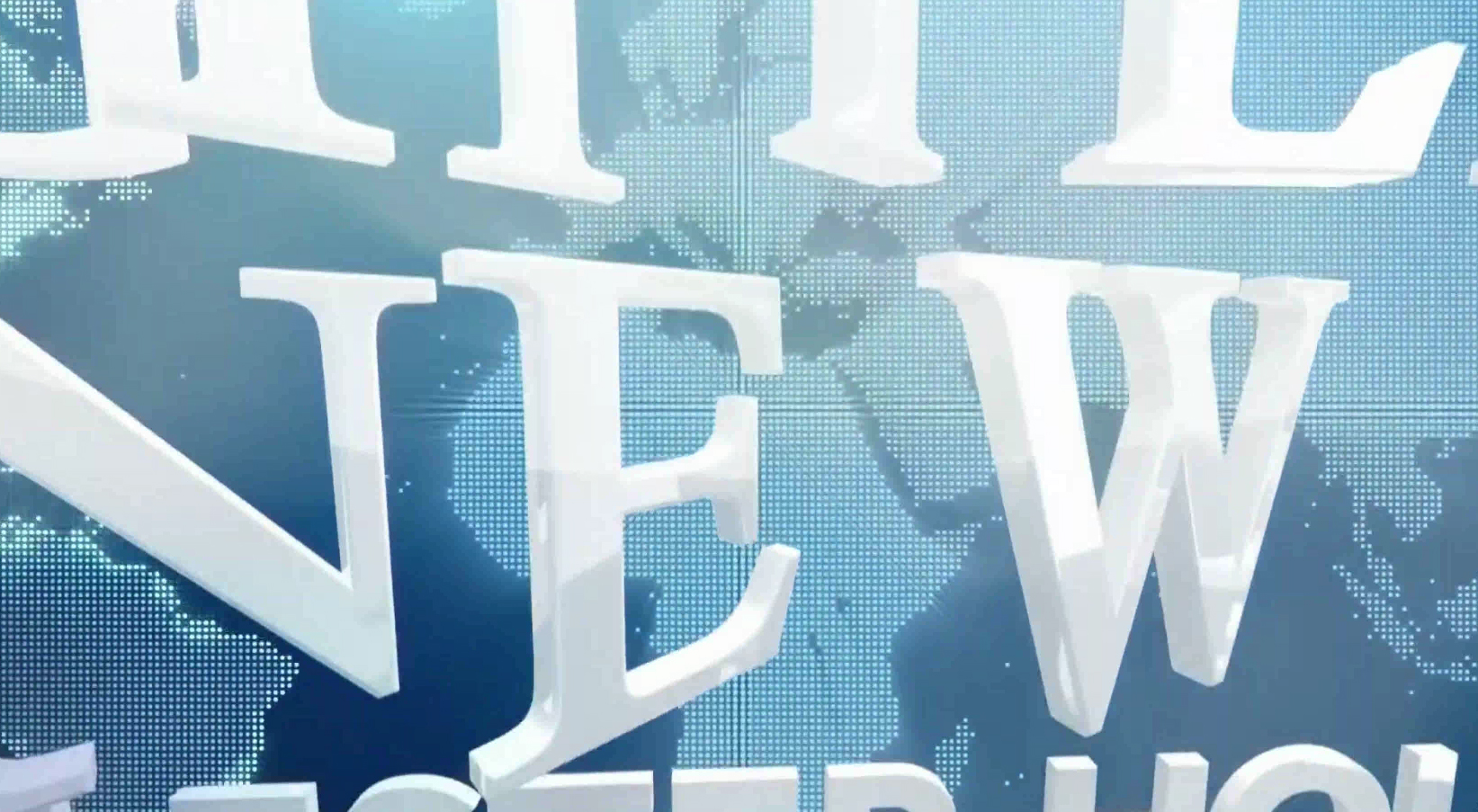 In the final view, the show logo is surrounded by thin lines and bursts of light, which ties into the show’s current lower third inserts and tease banners, which have need been redesigned as of yet.

This new look could be indicative that NBC is slowly rolling out a redesign across “Nightly,” though an NBC spokesperson did not repsond to request for comment.

Retaining the boxy look and laser lines could signal that the lower thirds might be sticking around — perhaps with some slight changes to better match the rest of the show’s tweaked color palette and dot patterns.

It’s also possible the show the current open is a “stop gap” look until a more complete transition to an entirely new look can be completed (it’s worth noting that the video wall graphics don’t rely as much of the boxy light burst look).

The following two weekend editions on Nov. 28, 2020, and Nov. 29, 2020 did not use the new open at all but instead used the shortened Rock Center version.

Weekend editions of “Nightly” do not show an anchor’s name (and the show still appears as “NBC Nightly News with Lester Holt” on many programming grids), but the announcer changes out Holt’s name for José Diaz-Balart or Kate Snow’s.

The duo are assigned to the Saturday and Sunday broadcasts, respectively.

While network newscast opens don’t charge all that frequently (not counting special editions), NBC’s has gone a series of tweaks since the previous look’s original iteration debuted in 2016.

In October 2017, NBC removed the “From NBC News World Headquarters in New York” part of the announce. This also marked the removal of the views of the world, U.S. and New York has the viewport zoomed in to the virtual Rock Center, as shown in the clip above.

This open includes an announcer mentioning the show title and O’Donnell’s name as well as the line “reporting from the nation’s capital” — a reference to the fact the broadcast originates from Washington, D.C.

ABC, meanwhile, redid its open in August 2020, marking the return of the network’s iconic musical signature. The open also restored the line “From ABC News World Headquarters in New York…” at this time.

Network newscast opens have seen the trend of being shorter in recent years — with the pre-show teases or headlines becoming longer.

For example, the “ABC World News Tonight” open runs approximately 10 seconds and “CBS Evening News” spans about the same amount of time, though CBS cuts to a beauty shot of the studio with the announcer still audible before switching to the main anchor one shot.

The new “Nightly” open is half the time — coming in at 5 seconds.

Headlines on ABC and CBS typically run between 90 seconds and 110 seconds, depending on the day, while NBC’s often comes in shorter about 90 seconds or shorter.

Teases have been expanding over the past few decades, with some getting to the point of feeling like a mini newscast. This style allows networks to potentially keep viewer eyeballs in the age of digital newsfeeds and minute to minute ratings.

While a few key details of the story are included, the headlines also typically include a “tease” element that hopefully encourage viewers to stay tuned for the full report, though these often as creatively crafted and succinct as they were in the past.

Traditionally network news opens include both the show title and anchor name recorded by an announcer as well as brief animated sequences and the show’s logo.

Although not technically part of the open, all of the current “big three” network newscasts also include an on screen (or aural) reference to the date for archival purposes.

On CBS, this typically appears on the show’s LED floor tiles in the beauty shot after the open runs, while ABC includes the date atop the banner graphics in the headlines prior to the open.

NBC has been showcasing the date on its on set video walls — something it did when it first moved into the space formerly known as Studio 3C in July 27, 2017, but then stopped doing this on and off.

The practice began popping up again in the fall of 2020, particularly when the show used Studio 1A, normally home of “Today,” for special political coverage.

With its redesigned on set graphics, the date now appears at the top of the broadcast when Holt first appears on camera as well as, in some cases, going into commercials.