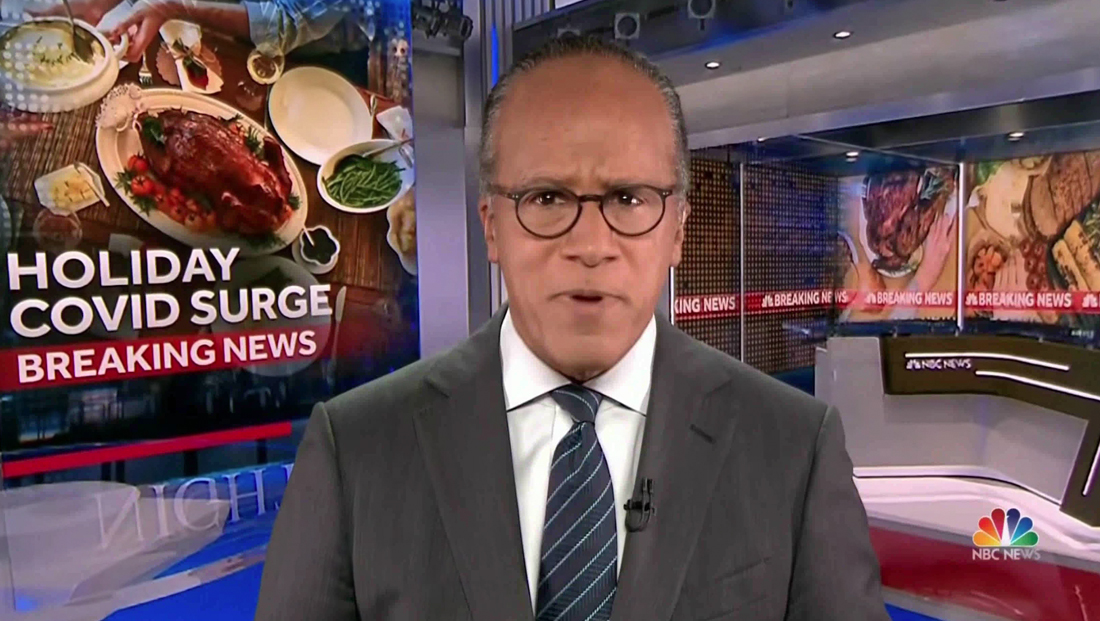 In addition to a new open, the Friday, Nov. 27, 2020 edition of “NBC Nightly News” saw another, perhaps more subtle change.

Since returning to its Rockefeller Center studio Nov. 9, 2020, after months of remote and alternate production locations due to the coronavirus pandemic and election coverage, the newscast has still been originating from Thursday and Friday editions from alternative locales.

This setup, like so many makeshift studios created at anchor and personalities’ homes or other parts of broadcast facilities, includes placing talent in front of a large video screen that can feature either still or video backgrounds. 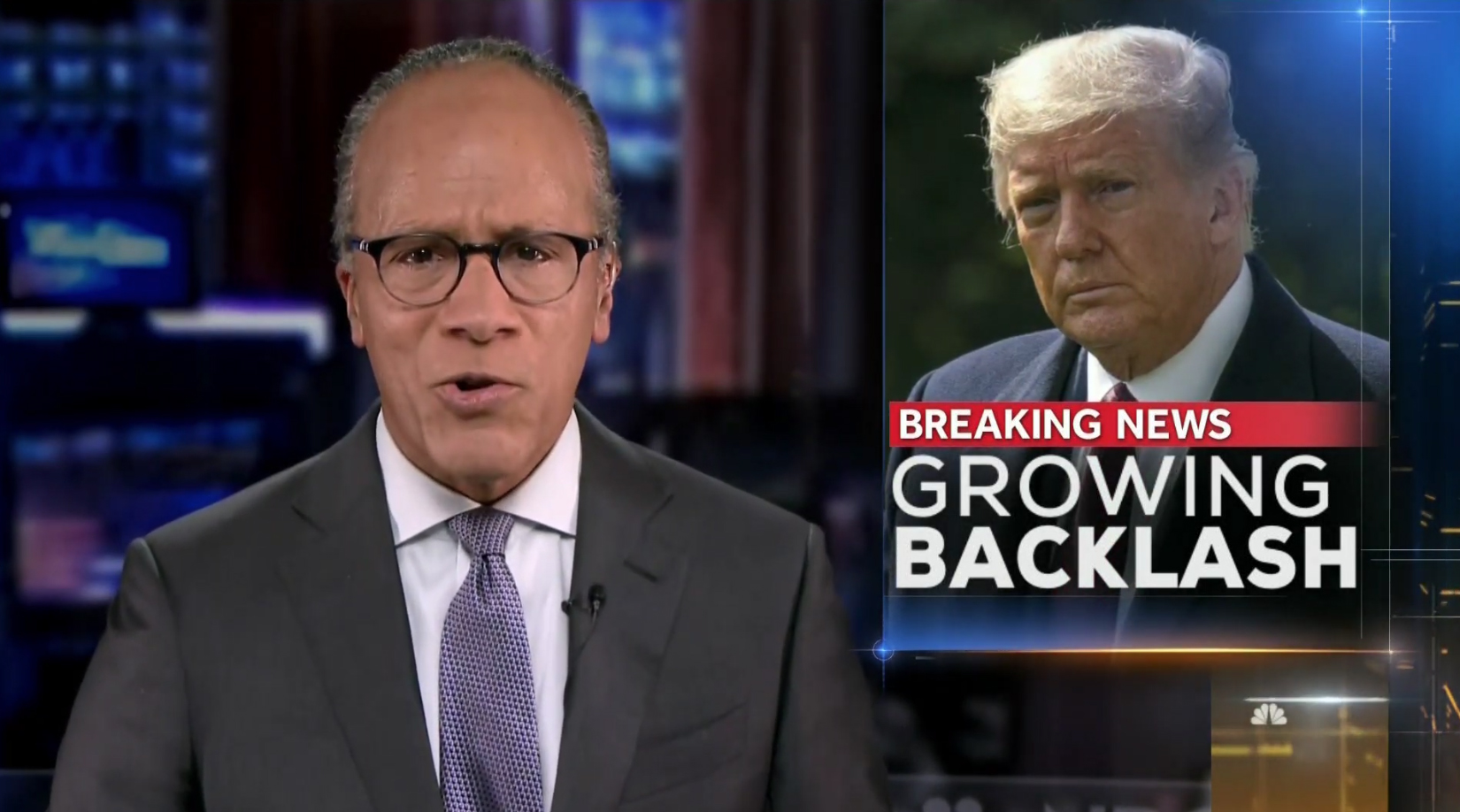 ‘NBC Nightly News’ anchor Lester Holt in front of a video loop of the network’s main newsroom in Rockefeller Center.

NBC had been using a video loop of its fourth floor newsroom during much of the pandemic and appeared to have the ability to feed topical image overlays to it as well.

Starting Nov. 12, 2020, when Holt shifted back to the remote studio, the network updated the graphics behind him to views of the set in the area formerly known as Studio 3C with generic “Nightly” and world map graphics. 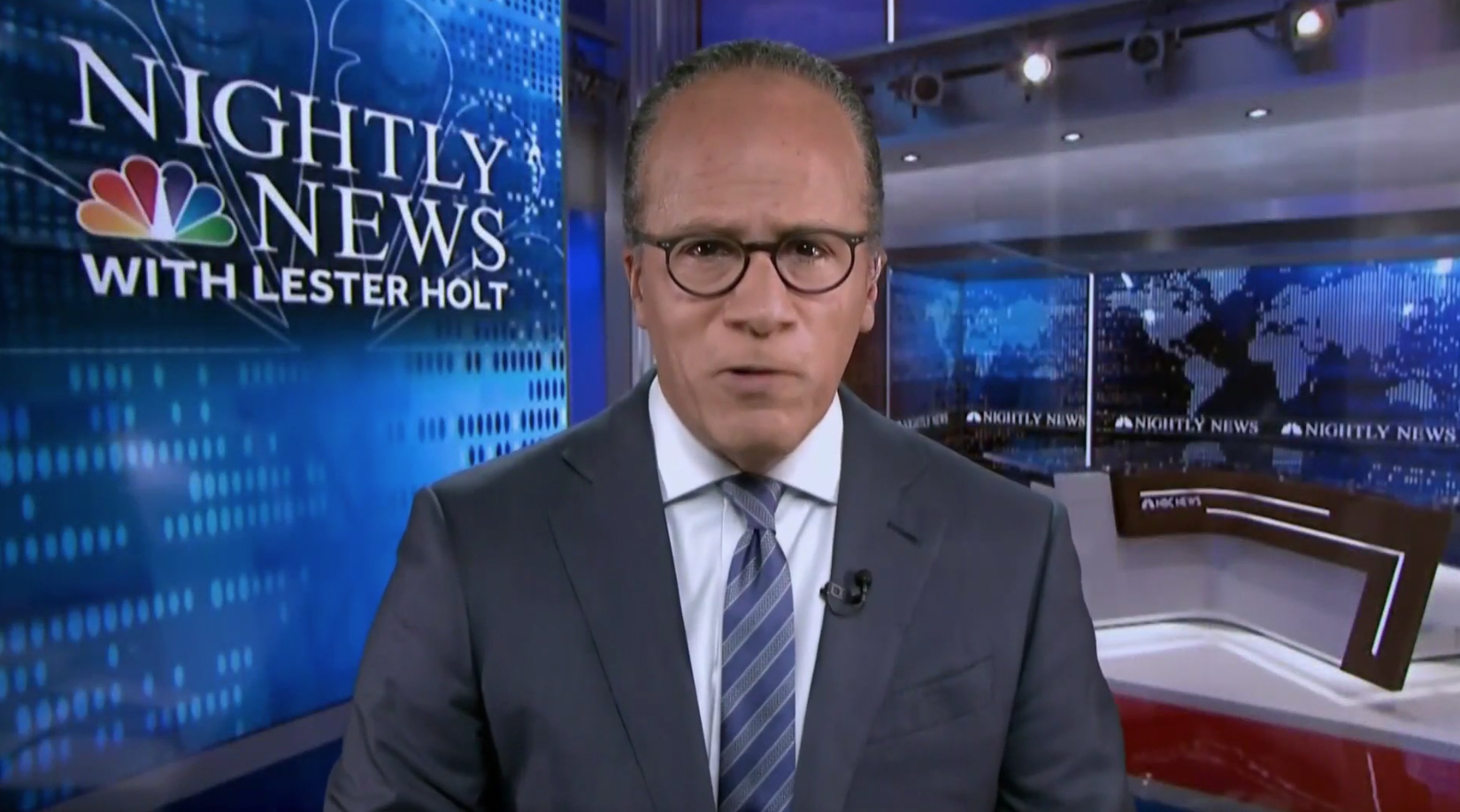 The background used for the open and close of ‘Nightly’ from Holt’s home studio for a period of time in November 2020. 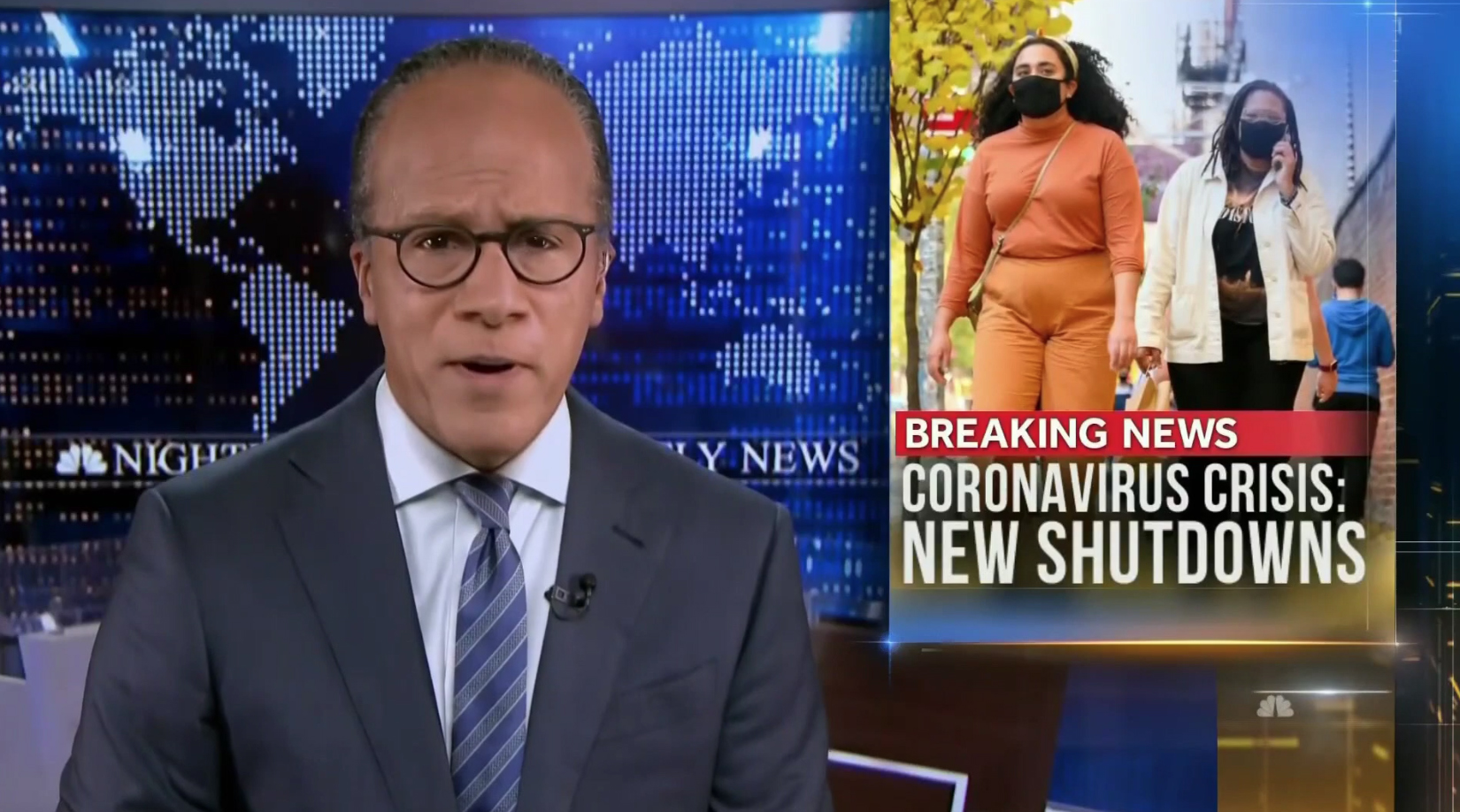 For other portions of the newscast, this world map background image was fed to the monitor behind Holt and the broadcast’s standard ‘overlay’ OTS graphic template was used.

These images appeared to be at least based off of real stills of the set and included glimpses of the anchor desk (which is parked in the background of many shots but never used) and other structural elements of the studio, including the LED video tower.

By Nov. 19, 2020, the network added another view, this one showing part of the opposite side of the studio, including the “jigsaw” video panel installation and seamless “news wall.” This is also the area originally designed as the primary anchor desk location. 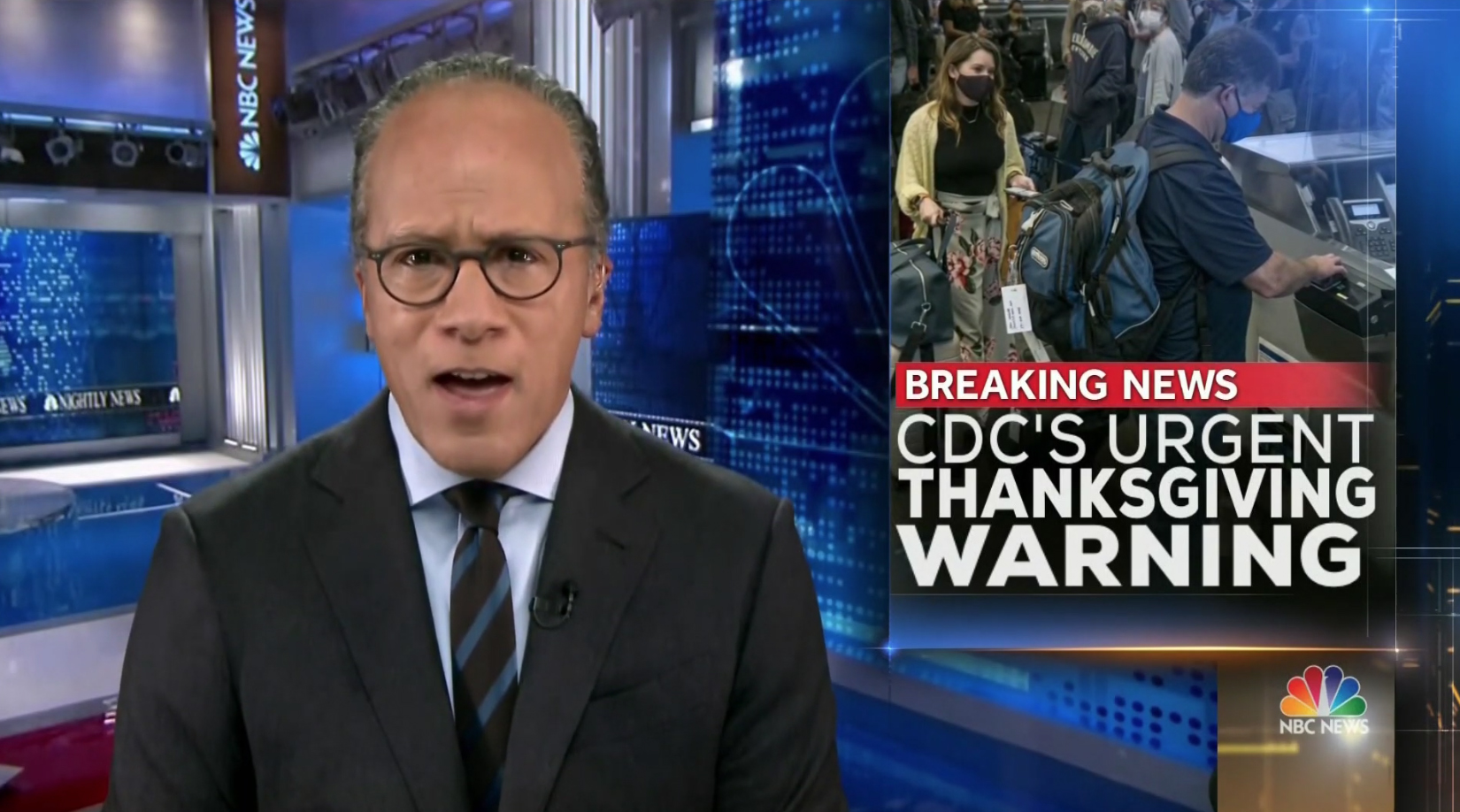 Then, Nov. 27’s edition added another element: Stills of the set with topical graphics appearing on the video walls, tower and other panels instead of generic graphics.

It’s not immediately clear if the network fed graphics to the real panels on set and then took still images of them or simply took generic still imagery of the set and edited the photos to feature the topical graphics.

Some of the shots included themed images spread across multiple video walls behind Holt, including of the news wall area, essentially replicating the in-studio look (albeit with the camera moves).

There was one glitch where a graphic proclaiming “Historic monuments attacked” appeared when Holt was reading a story about power cuts meant to prevent wildfires — an error that could have just as easily happened had the show been in studio.

In addition, one shot cropped off part of the headline on the graphic, though it was still readable.

Home based studios like the one Holt uses vary in technical complexity, with some equipped with a robotic camera that can be controlled remotely as well as the ability for the control room to change the graphic that appears behind talent.

Less sophisticated setups can use USB, streaming sticks or local wireless connections from computers or tablets to feed graphics behind talent, which may or may not be animated — though as the pandemic was rolled on, many networks are investing in upgrades to these remote studios.