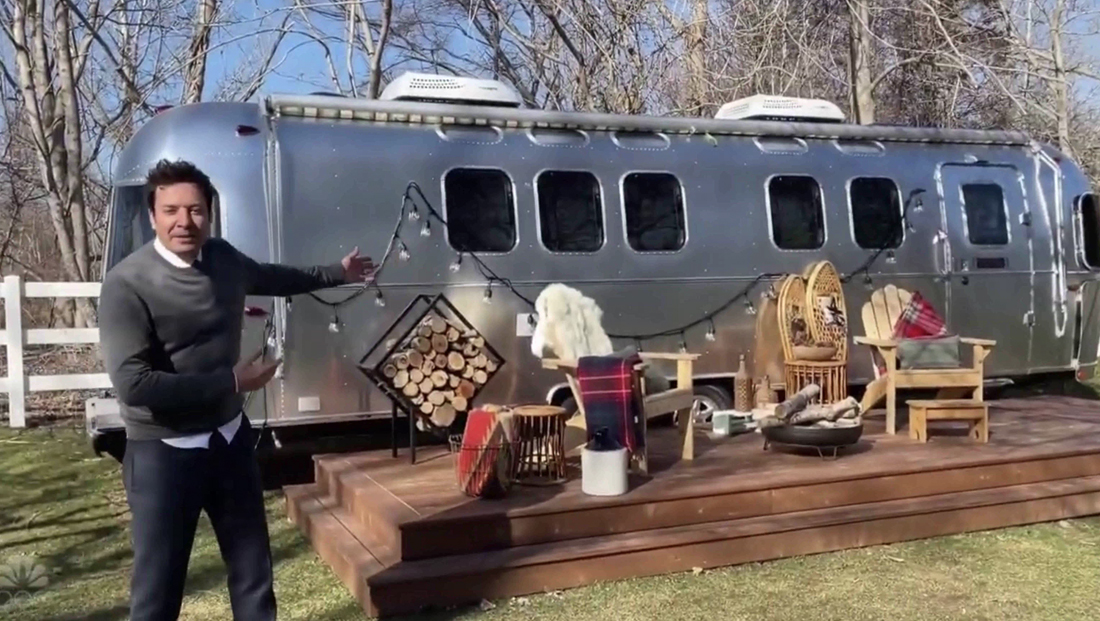 “The Tonight Show Starring Jimmy Fallon” will tape from a customized Airstream camper parked near the host’s home to mark the one year anniversary of starting “at home” editions of the show due to the coronavirus pandemic.

Fallon showed off the digs, which he credited to the show’s set designers, that includes 4K PTZ cameras controlled from New York City and a small desk for Fallon’s monologue and seating area for interviews.

Fallon returned to NBC’s 30 Rock studios in July 2020, using a modified version of the former home of “Megyn Kelly Today” in Studio 6A.

The camper, which Fallon described as the “biggest” one Airstream makes, also featured an outdoor patio.

‘The Tonight Show’ moves back to Studio 6B with new band area, video wall added