‘The Tonight Show’ moves back to Studio 6B with new band area, video wall added 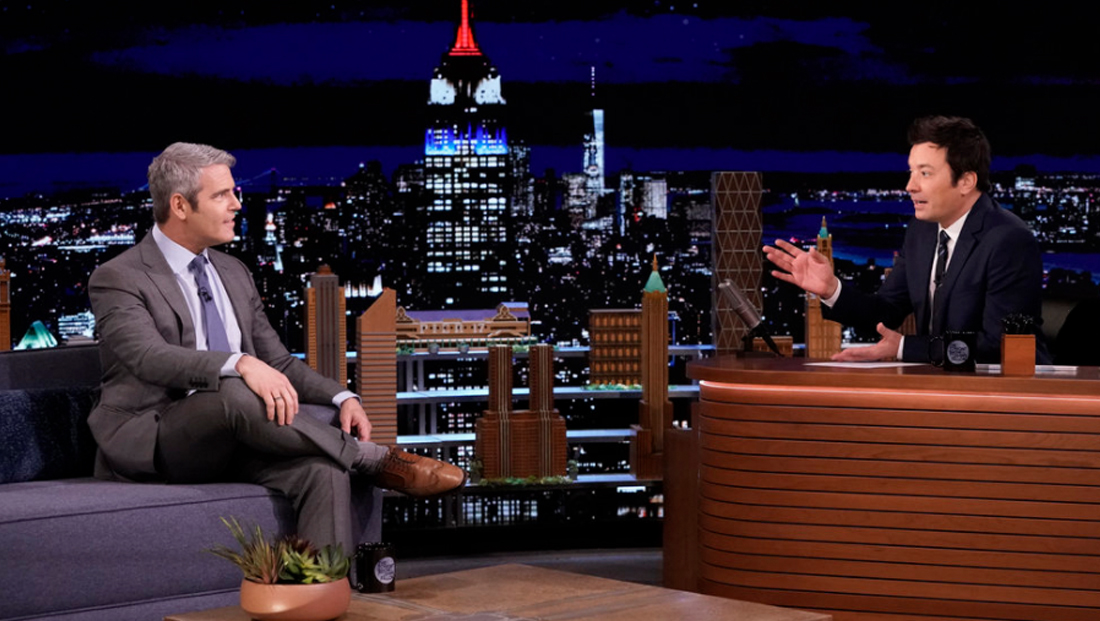 After over a year of coronavirus hiatuses, “from home” editions and broadcasting from an alternate studio, NBC’s “The Tonight Show Starring Jimmy Fallon” returned to Studio 6B in Rockefeller Center, Monday, March 22, 2021 — and even had a scaled down audience along with some highly visible updates.

Jimmy runs into an unexpected guest on his way to studio 6B. We're back tonight! pic.twitter.com/l1yJFRPYMo

Fallon had been broadcasting from Studio 6A from a modified version of the set originally built for “Megyn Kelly Today” to allow for better social distancing.

For the March 22 edition, Fallon was back entering through the real blue curtains (as opposed to the simulated ones created with sliding LED video walls in 6A).

He hosted March 12, 2021’s edition from a customized Airstream camper to mark the one year of being forced to produce shows remotely.

NBC modified the studio to add a second level “mezzanine” with spiral staircase access to allow the show’s house band, The Roots, to spread out more. 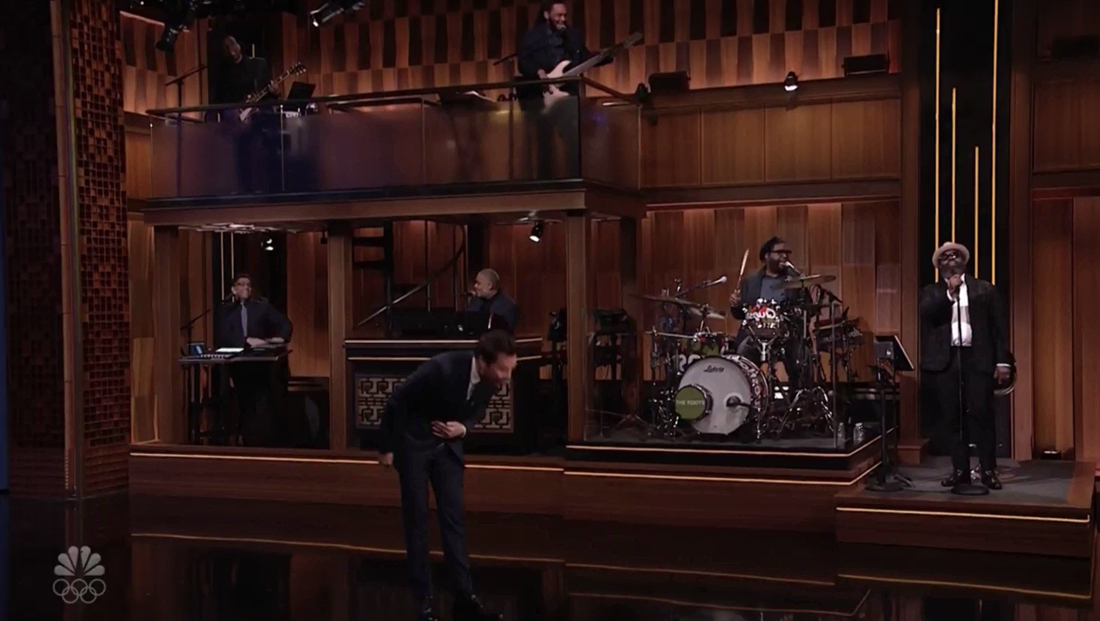 This balcony was added to Studio 6B. Previously the area was a single story with riser for The Roots. Also added was a dark column with vertical accents — similar to the ‘cascading’ light effects the show used during its time in 6A.

The desk and interview area have also been updated, with a seamless video wall in place of the cityscape graphic.

The wood toned knee wall has been replaced with mini metallic “bleachers” and the wooden buildings behind the area have been spread out and placed at different heights.

Meanwhile, the desk itself is now farther from the sofa and a coffee table can be placed in the center of the riser, likely to help fill the rather large space.

The upgrade to a seamless video wall may have been at least partially inspired by the mullioned video walls in Studio 6A, which the show leveraged to create a variety of creative backdrops for segments of all types. 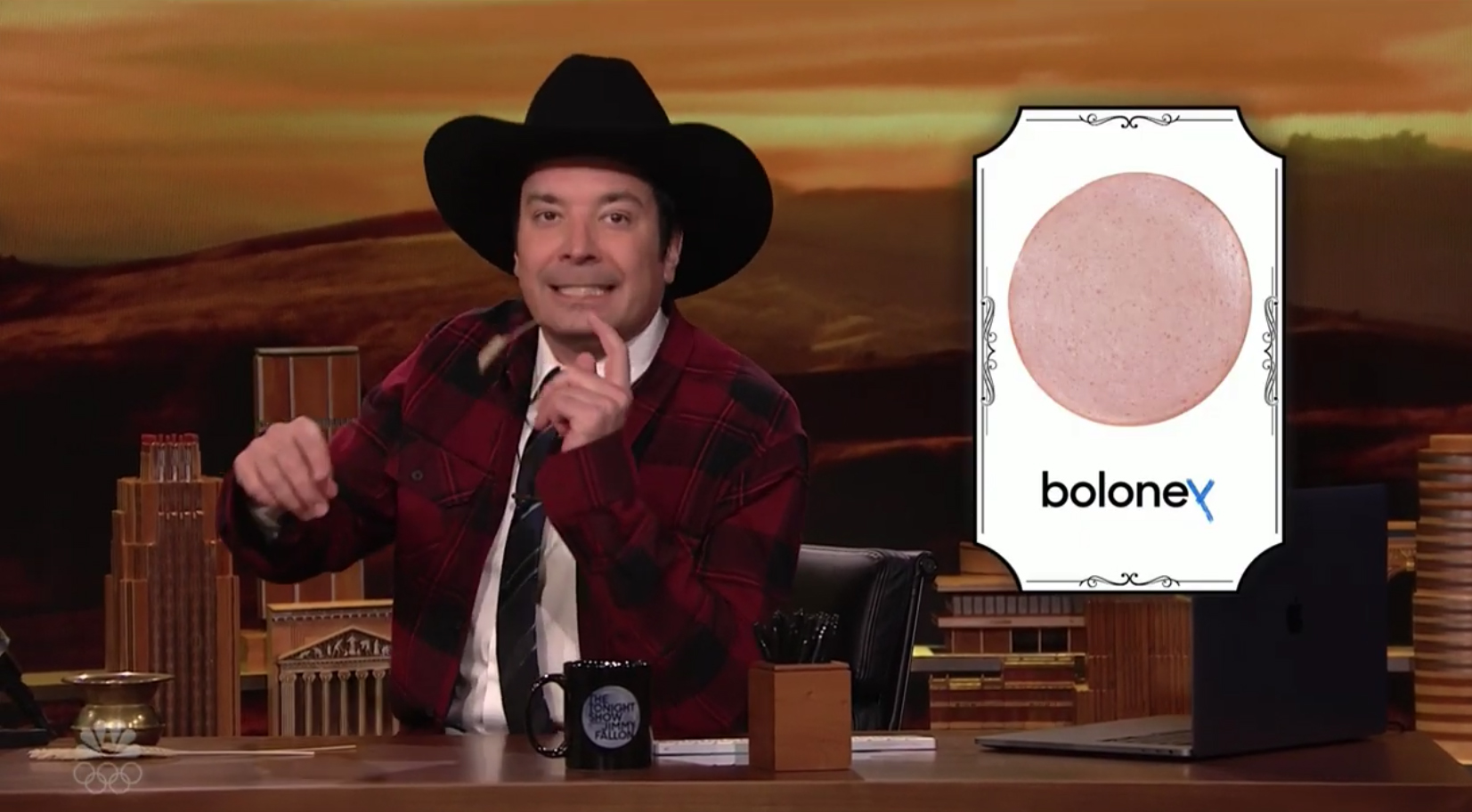 The desk and interview area now has a seamless video wall.

The backlit cityscape behind home base featured the Empire State Building lit up in red, white and blue, and can presumably be updated as needed. 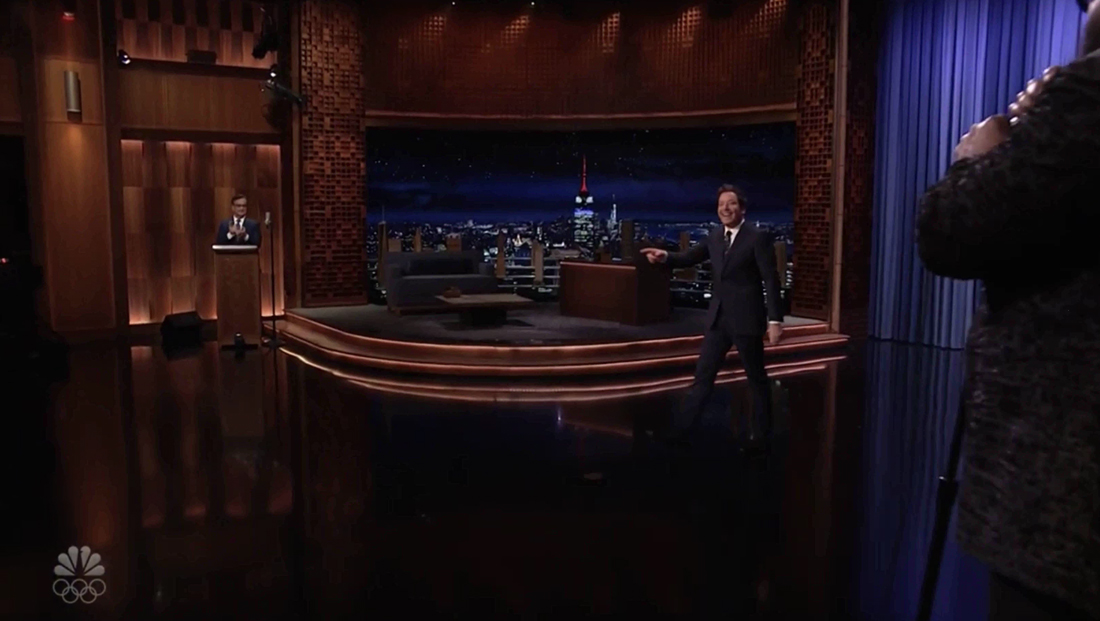 The show also had a live studio audience — albeit at reduced capacity — made of up vaccinated health care workers practicing both social distancing and wearing masks.

Fallon noted on Monday’s show that getting back in front of an audience, even as small as “15 people” as he joked, felt good.

The first time @TraceeEllisRoss met Jimmy, he took the mic during Michael McDonald’s performance of “I Keep Forgettin.” #FallonTonight pic.twitter.com/Yyb7vyFFcD

In addition to the return to the set, NBC also rolled out an updated open that incorporated clips from around Rockefeller Center with guest names inserted digitally onto the marquee outside 30 Rock and even “carved” into the stone wall of the building, simulating the Comcast logotype with NBC peacock that was swapped out after the building officially lost the “GE” name in 2015.

As the coronavirus pandemic was unfolding back in the spring of 2020, most shows with studio audiences stopped allowing the public in and were produced either in front of no studio audience or had crew members sit in the seats and enthusiastically cheer and applaud.

As the virus tightened its grip on New York City, one of the earliest epicenters in the U.S., many of these same shows switched to remote production from the hosts’ homes or went on hiatus (some also extended previously scheduled “spring breaks” while running repeats).

Fallon returned to the studio in July 2020, but also continued to produce select episodes from home.

Both the 6A and “at home” editions featured distinct opens and graphics.

Coronavirus, NBC, Studio 6A, Studio 6B, The Tonight Show