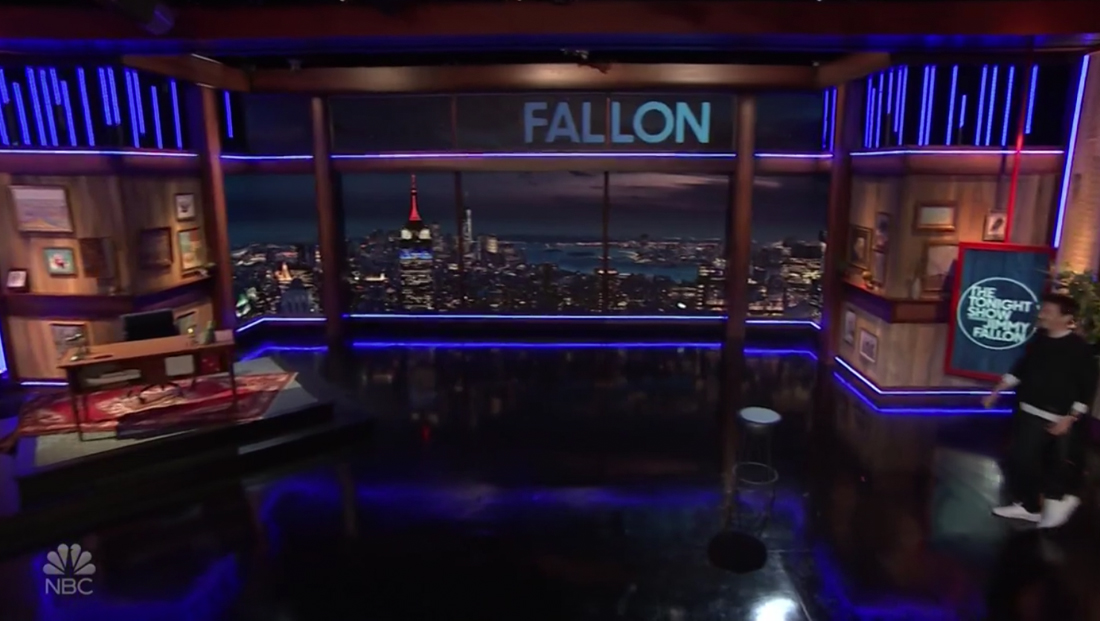 When Fallon took over from Jay Leno in 2014, NBC renovated Studio 6B in Rock Center. That space had previously been home to Fallon’s old NBC show, “Late Night,” and the network’s flagship owned station WNBC’s main news set.

On July 13’s episode, however, Fallon hosted from nearby Studio 6A on a set that was originally designed for the network’s daytime talk show “Megyn Kelly Today,” which was canceled in 2018.

Before that, the studio, which features audience risers, was used for “The Meredith Vieira Show” and previous incarnations of “Late Night,” as well as other productions. 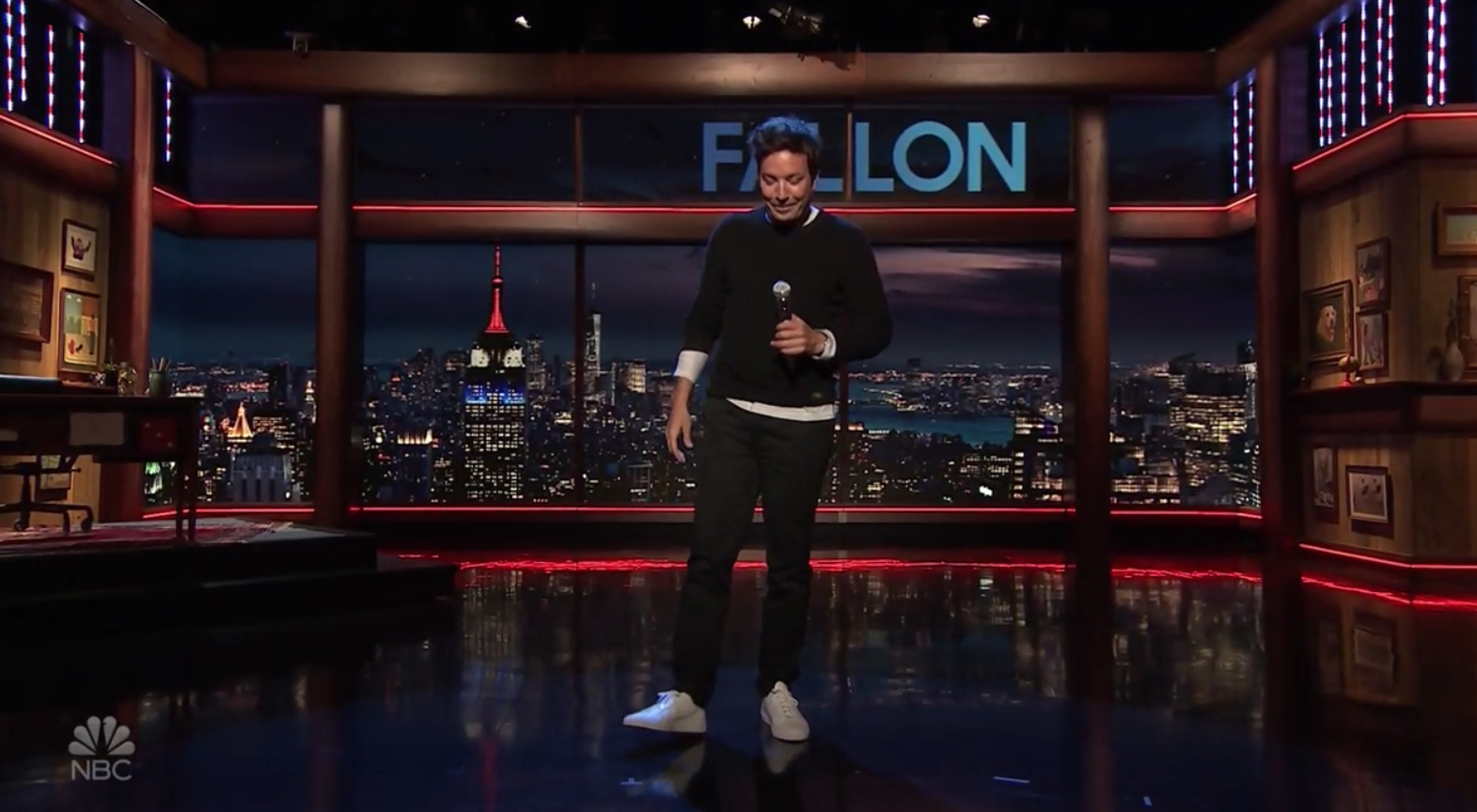 For the return, NBC modified Kelly’s old set to switch out the faux whitewashed brick and off white column and wall surfaces to a more natural wood tone, mirroring the lodge like feel of Fallon’s home, where he has been hosting hybrid episodes from since earlier in the coronavirus pandemic.

The lighting was also darkened significantly, with the light and airy look originally created for Kelly converted to a more dark and brooding one.

WorldStage supplied the lighting gear for the update with design from Fred Bock. 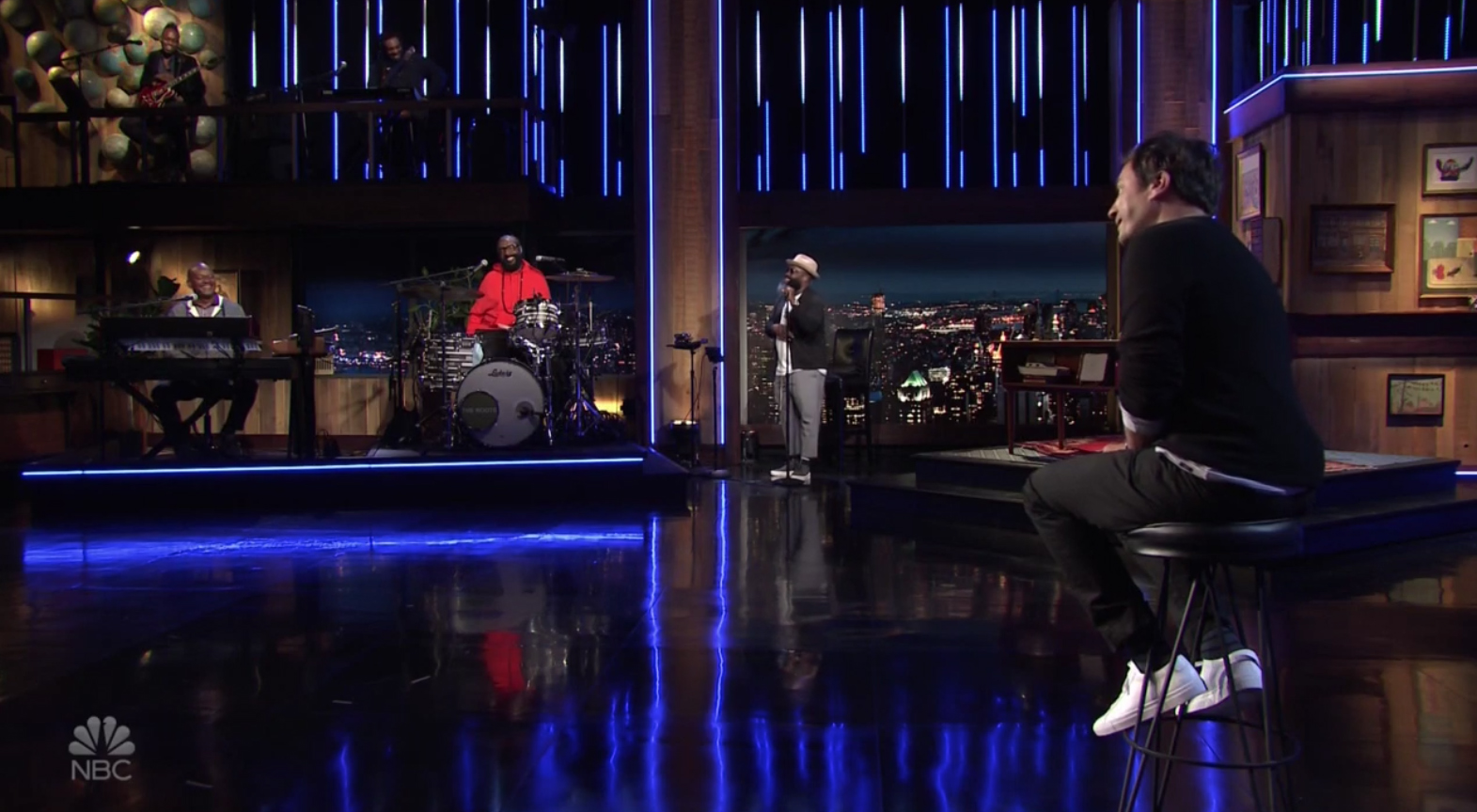 Other updates included LED bands installed in the header area and an area for the show’s house band “The Roots” to play from — spaced out more than they could have been in 6B; in fact, some of them were standing on the small balcony above the rest of the musicians.

Since Kelly’s cancellation, Studio 6A has been used for a variety of productions, including the NBC’s Super Tuesday coverage, a “Good Place” farewell, “Today with Hoda and Jenna,” select editions of MSNBC’s “All In” and more.

For Fallon, the set’s large video walls were leveraged to showcase a cityscape of New York with a header graphic featuring an off-center rendition of Fallon’s last name and, in addition to the LED bands, “Tonight” accented this area of the set with sharp edge-lit elements, creating an eclectic blend of log cabin meets neon nightlife. 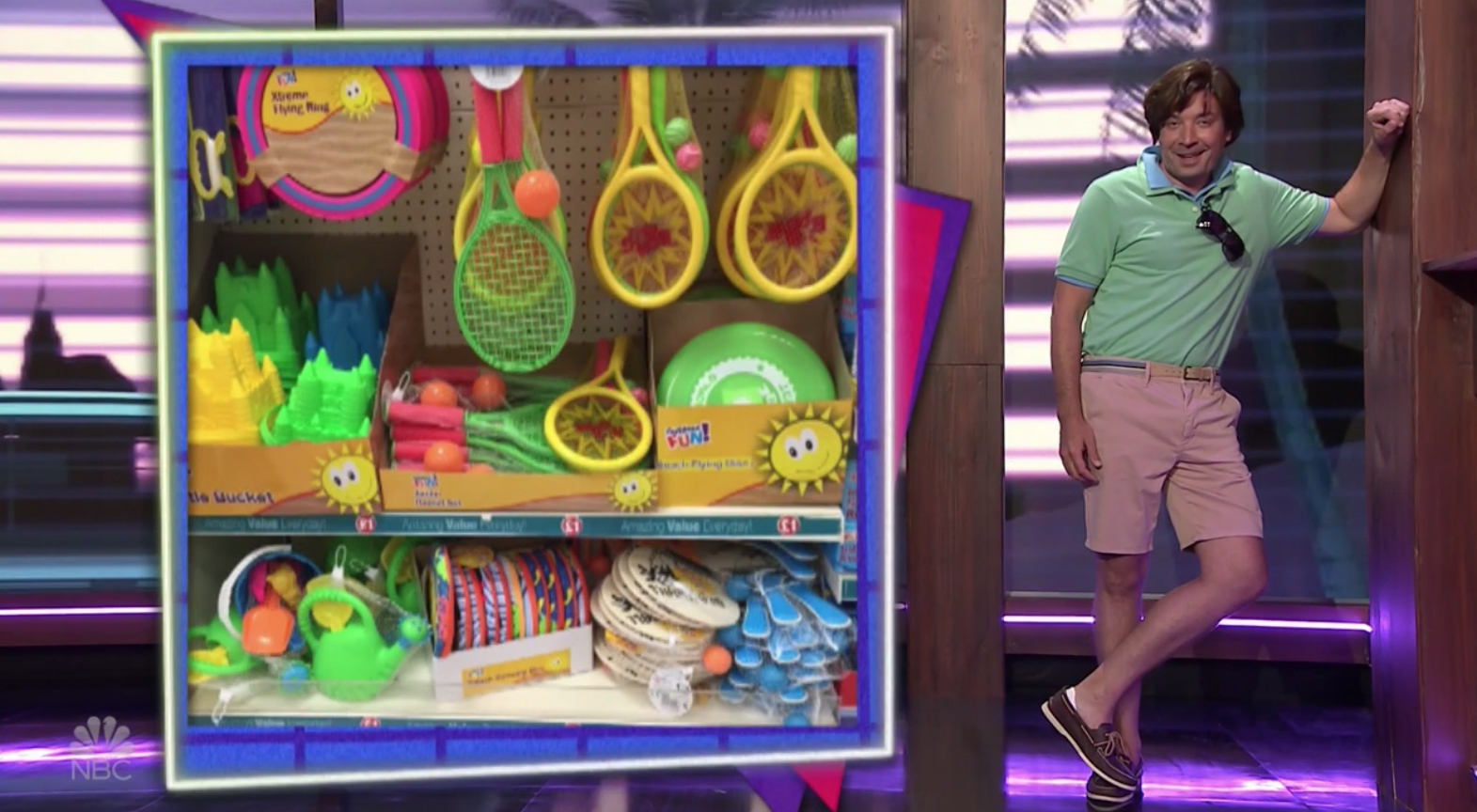 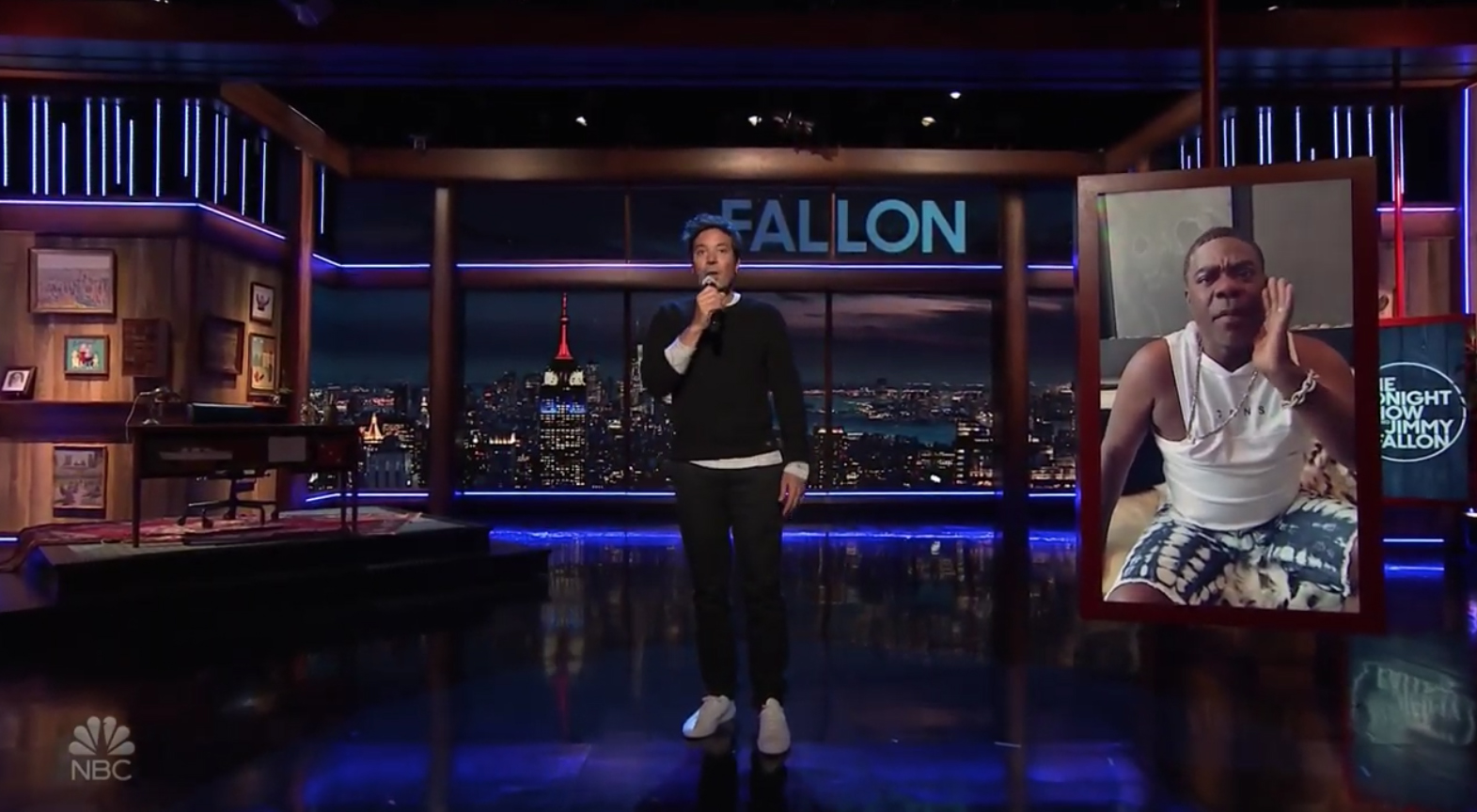 Fallon also leveraged the vertical video panels suspended from the ceiling that are mounted on sliding tracks so they can fly — to a bit of a comic effect — on- and off-camera. 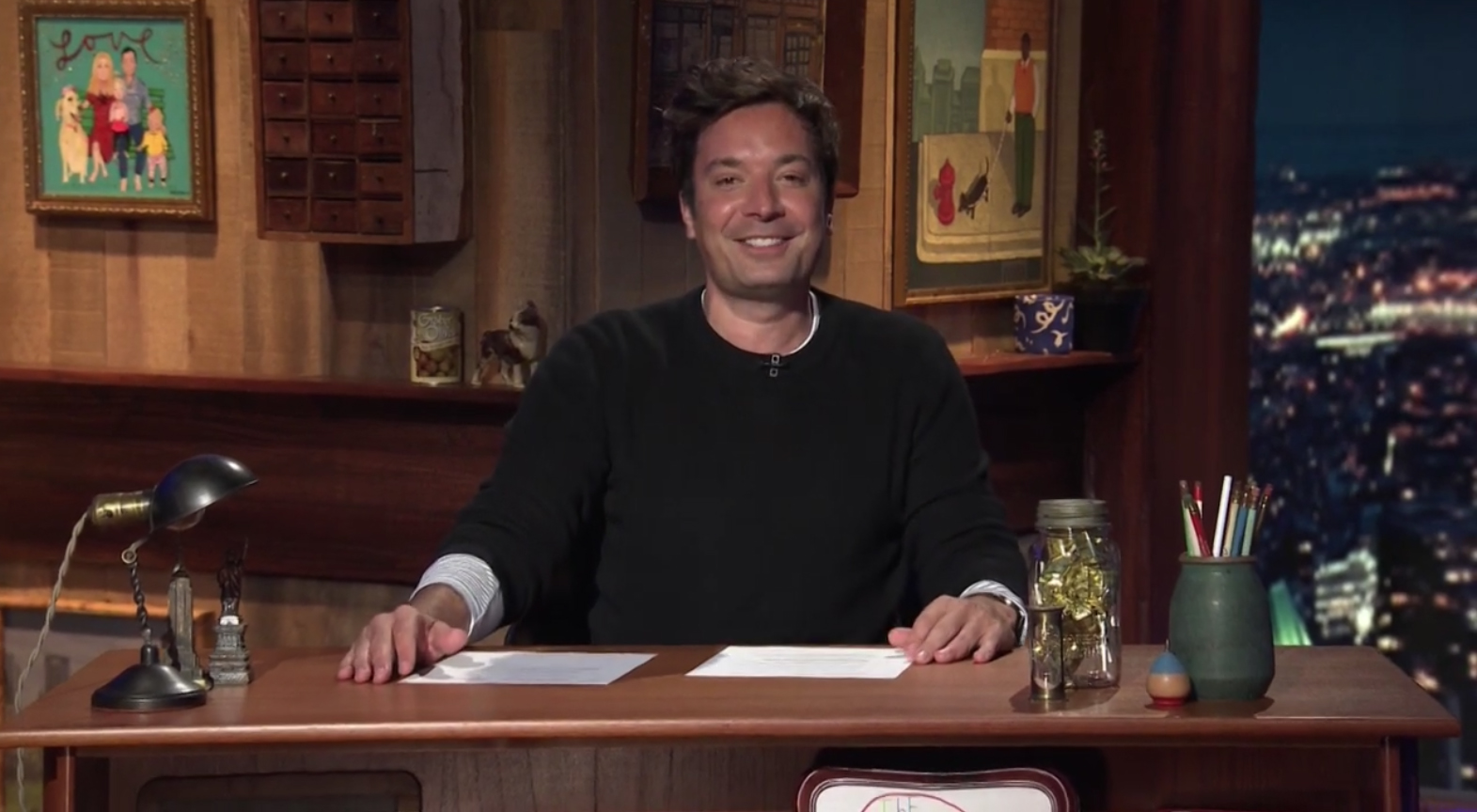 Lending to the rustic look, walls camera left and right were outfitted with homey framed pictures and other decor, and Fallon had a wooden desk camera left that primarily used one of the wood-clad walls as a backdrop. 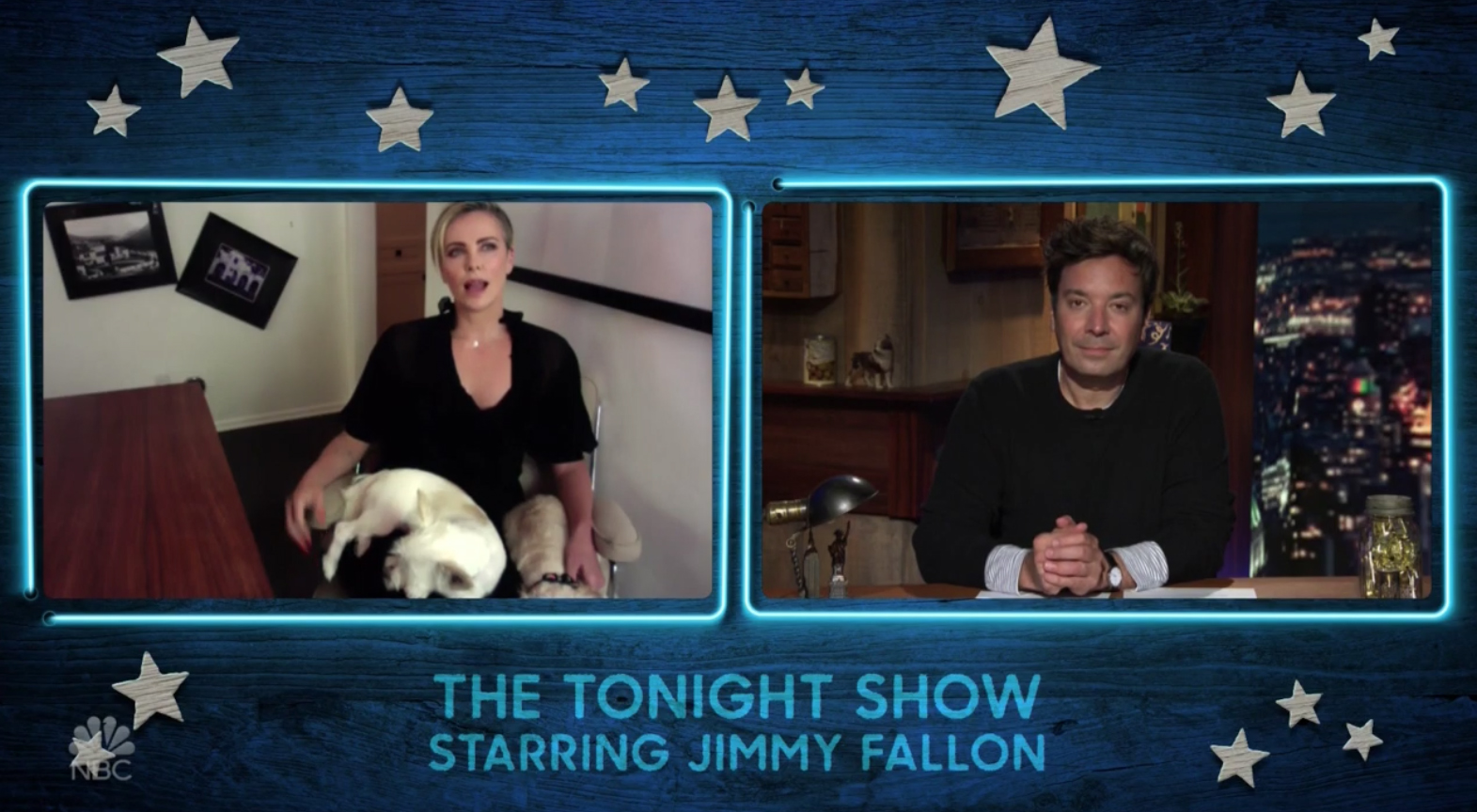 In addition, the show’s graphics were updated to include wood textures and bright blue neon style frames to integrate with the updated set. 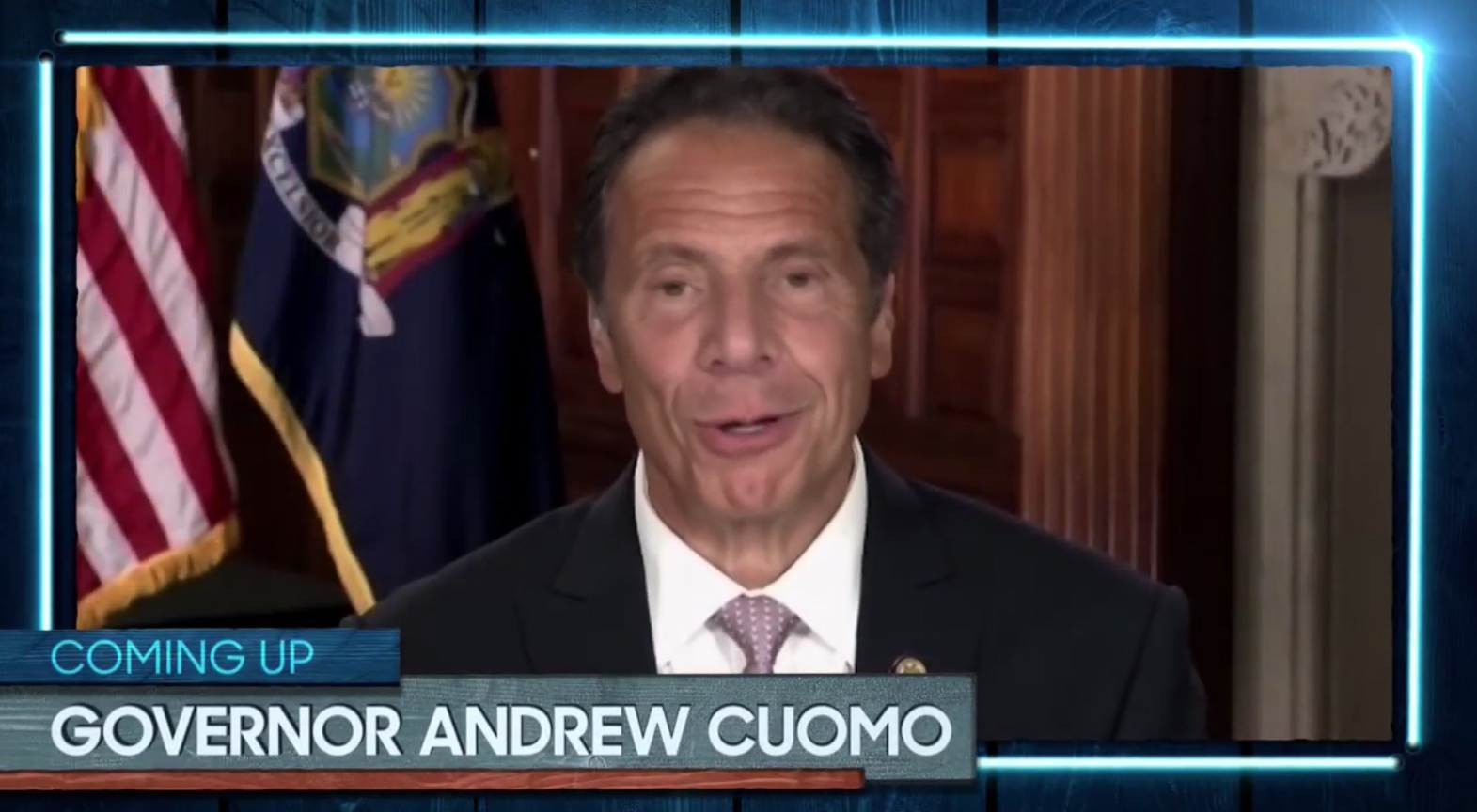 It’s not immediately clear if the switch to Studio 6A is permanent or temporary. It’s possible the network is using the opportunity to experiment with the added flexibility video walls give the show — either for a potential permanent move to 6A or an upgrade in 6B.

NBC did not respond to repeated requests for comment.

The space could also offer advantages to 6B in the sense that the crew, band and Fallon can be spread out more physically.

It’s also worth noting that the look could serve as a sort of “transitional” one in the event the show has to go back to filming at home.

With in-studio guests likely to be barred for the immediate future, using the alternate setup also lets the show shoot in a space that isn’t designed around the traditional host desk and guest sofa.

The space does lack some of the elements of the traditional late-night talk show set, namely a dramatic way for the host to enter — in 6B, Fallon enters from an opening between tall blue curtains.

Jimmy’s back in 30 Rock! …and we’re making sure everyone is safe #FallonTonight pic.twitter.com/cTwbLo11OL

Studio 6B does include a sliding entrance door that was used on “Megyn Kelly” camera right, from the general area Fallon entered on July 13’s show, but the door itself was not visible on that “Tonight Show” broadcast.

There is also the option to move the video walls apart as a sort of doorway, another element “Megyn Kelly” experimented with. During that show’s run, the area had whitewashed faux brick behind the panels.

Also missing is the traditional sofa or other seating for guests since Fallon didn’t have any in-studio guests July 13.

It would be a simple matter, however, of adding a riser with guest seating in the future.

Should “Tonight” opt to move studios permanently, there is also the option for NBC to update the set more to adapt it for Fallon’s needs.