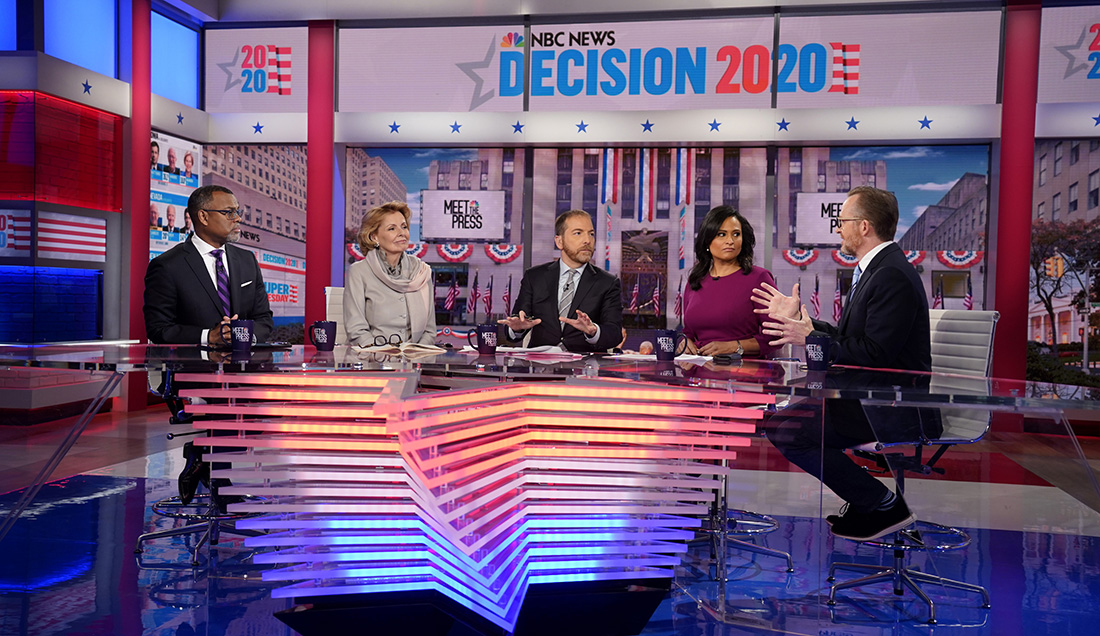 NBC News has opted for a larger presence this election, turning Studio 6A into its election headquarters.

The studio, which has a set that originally debuted with Megyn’ Kelly’s failed talk show, has seen a variety of uses over the past year including special events and regular episodes of “All In” and “Today with Hoda & Jenna.”

Of course, for this usage, no studio audience will be present.

“Meet the Press” soft-launched the updates ahead of Super Tuesday on Sunday, March 1, 2020.

Additional LED panels camera right replace cubbies and shelving on the set while the network’s acrylic star desk is located in the center of the space.

Virtual views of Rockefeller Plaza wrap the space with patriotic adornments on the columns and beams of the studio. Similar to Studio 3A, which is also now in election-mode, a red, white and blue flooring has been applied to the space.

Moving election coverage to 6A gives the network a semi-dedicated space, having used Studio 1A during the 2018 midterm cycle and Studio 4E in 2016 with varying degrees of modifications.

The double-height studio is a bit of throwback as well to NBC’s coverage in 2008 and 2010 using Studio 8G, then home to “Football Night in America,” providing a large presence for the coverage than recent cycles.