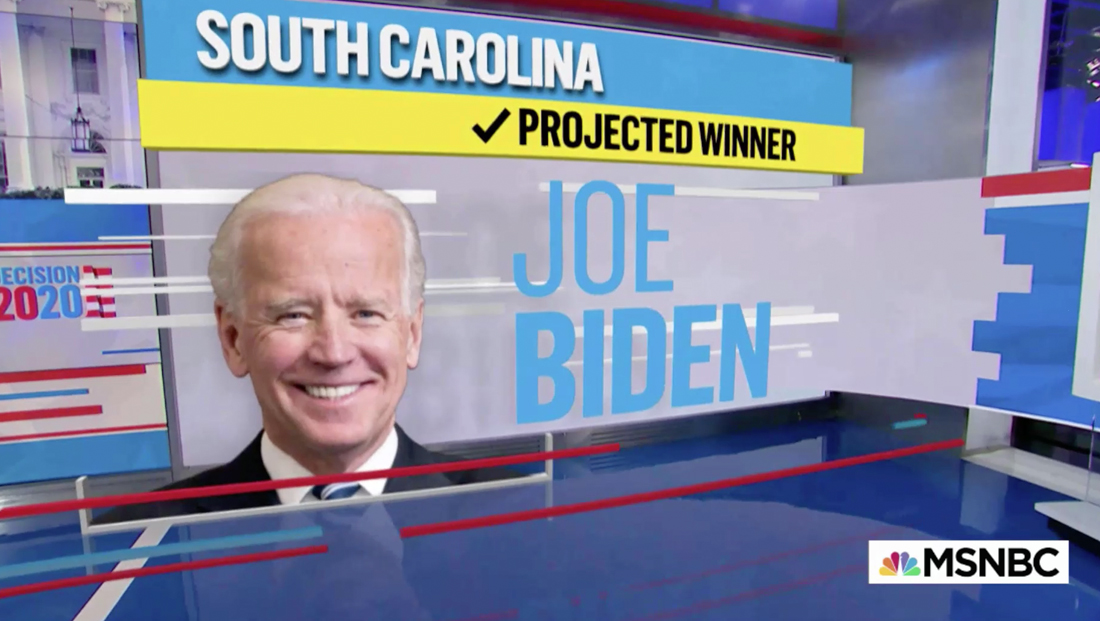 The network originated its coverage from the MSNBC side of Studio 3A Saturday, Feb. 29 and Sunday, March 1, 2020.

When the primary was called for former Vice President Joe Biden, an augmented layer was added to the floor to ceiling LED video wall and ribbon the network installed in October 2018.

The video ribbon portion was used to display a bold yellow and white “polls closing” countdown (and later, “polls closed”) graphic before a red, white and blue transition segued the space into an image featuring Biden’s name and photo declared the projected winner.

The look also included a 3D “South Carolina” header and yellow band along with floating red, white and blue bands.

Studio 3A had a variety of other changes ahead of Super Tuesday including an updated blue floor, additional LED panels and the network’s star-adorned election desk.