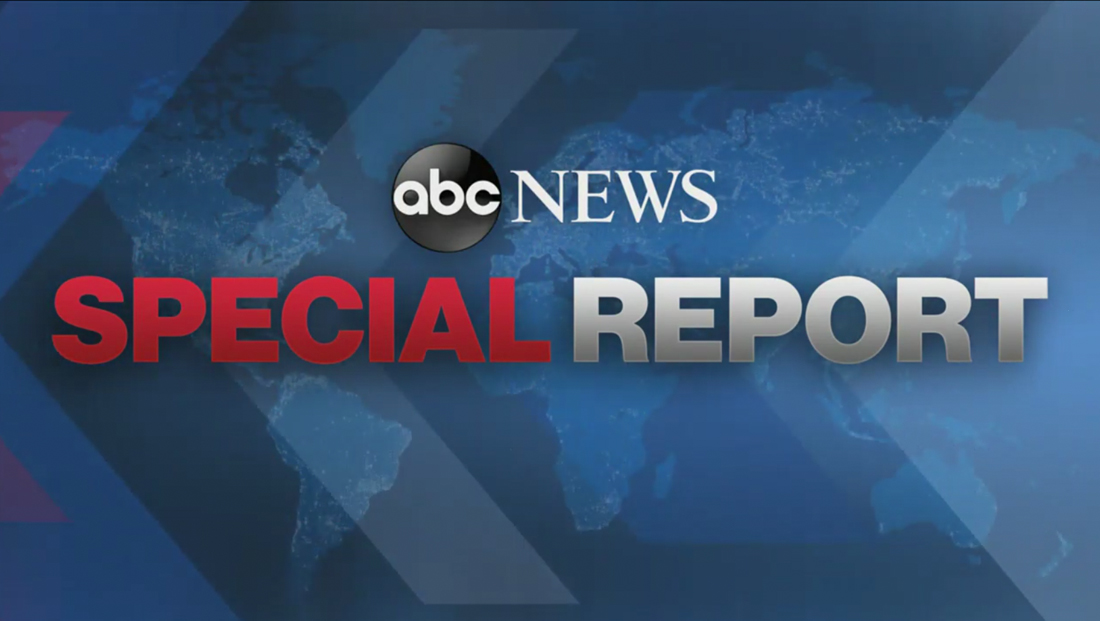 President Joe Biden’s first major press conference of his term was one of the first major stories that ABC News used an updated special report slate and open March 25, 2021.

How the networks broke in to cover Biden’s press conference https://t.co/MIXqLx31ai #TVNews #BroadcastNews

ABC, like most networks, cut in shortly around 1:30 p.m. eastern to launch coverage of the event.

Earlier this year, the network quietly started rolling out changes for its special report opens and graphics.

The new look most notably drops the orange lettering previously used in favor of red. The color change also appeared on ABC air during coverage of Biden’s primetime address.

The blue background has also been toned down and the world map in the background is more textural, showing the lights from major population centers around the globe.

In addition, the previously solid color title text now has a slight bevel and gradient effect applied as well as a stronger dark glow.

Most of these changes make it more in line, though not identical, with the look used on “ABC World News Tonight.”

What was kept was the chevron elements, which point and move right to left, and the same general layout for insert graphics, though the once orange box in the bottom left of the screen is now red.

The words “Breaking News” seem to have fallen out of favor — with “Special Report” in its place on March 25. 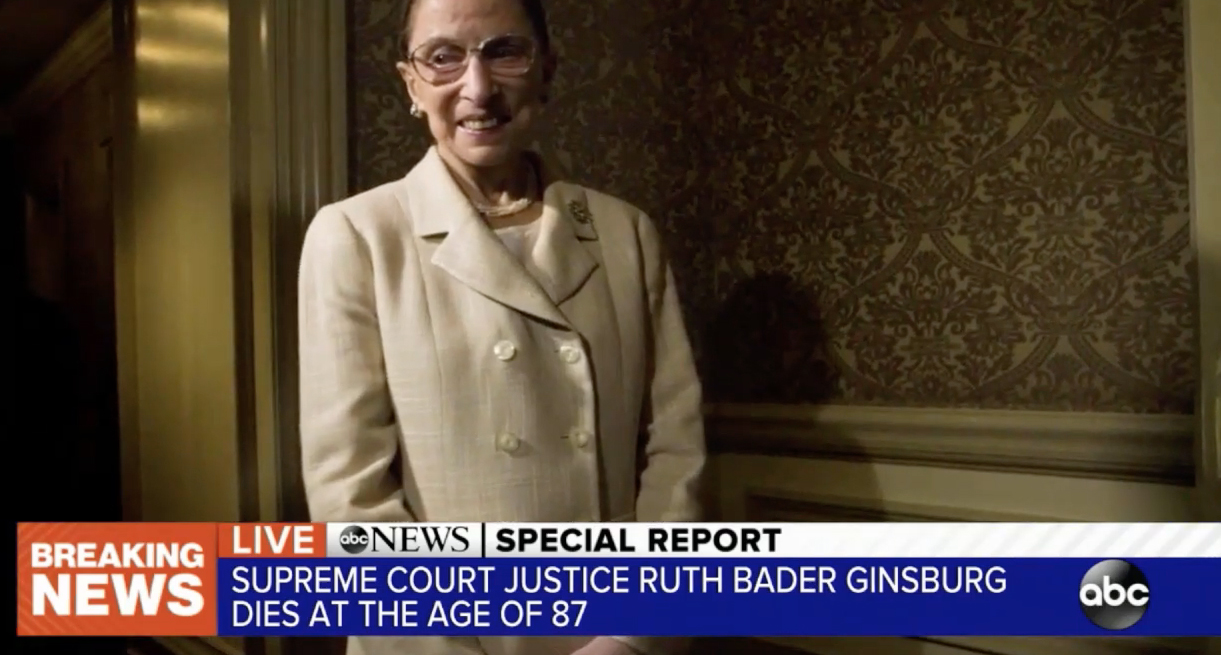 Previously, ABC would use both terms on screen at the same time — not surprisingly given many networks’ obsession with labeling everything as “breaking.” 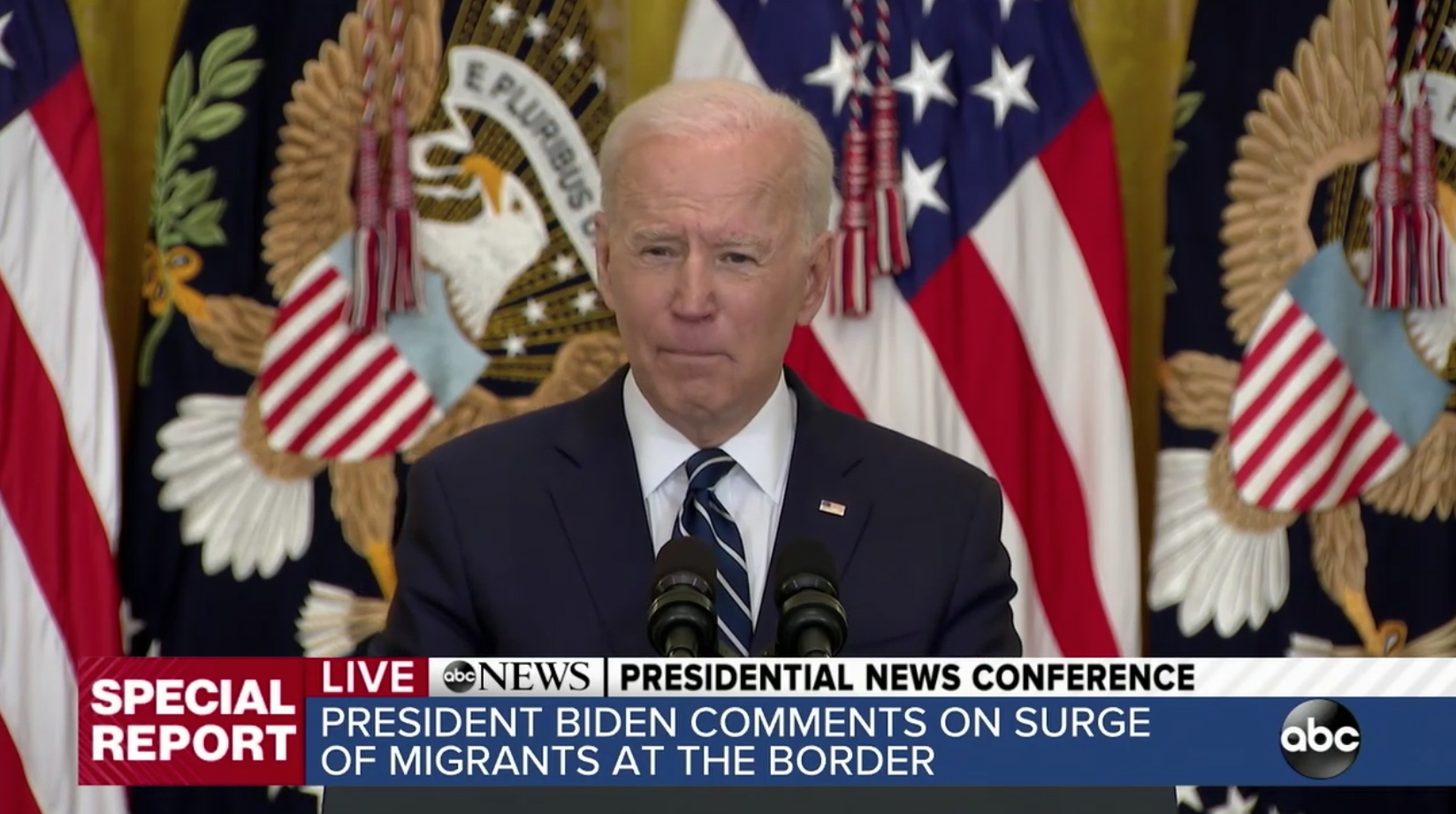 On March 25, 2021, the special report banner looked like this, eliminating the title ‘Special Report’ in the top tier of the L3 next to the ‘live’ indicator and ABC News logo. Like the new open, the box on the left is now red — along with the background behind ‘live’ and the blue in the lower portion of the banner is now a different blue.

Though it’s not clear if this will be the style going forward, it arguably adds more context to the banner instead of having the near-synonyms “special report” and “breaking news” on screen at the same time during most coverage.

The distinction for the words has reportedly been the cause of some waffling inside ABC News, according to NewscastStudio sources.

At one point, the network was considering switching to reserving the name “Special Report” for major developing stories that hadn’t been pre-scheduled, while “Breaking News” would be used for pre-scheduled coverage, though it does not appear that’s been enacted given that Biden’s press event was scheduled and was billed as a “Special Report.”

The redesign comes on the heels of a change in how ABC typically delivers special reports and coverage.

When David Muir was given the anchor chair on “Word News Tonight” in 2014, a move that, in some ways, was viewed as “passing over” “Good Morning America” and “This Week” host George Stephanopoulos, who has more seniority, the network invented the title of “chief anchor” as a way to keep both men happy.

At the time, ABC was seeing growth on “GMA” that was at least partially credited to Stephanopoulos and didn’t want to risk upsetting the cart. Morning newscasts also tend to generate much more advertising revenue than the signature evening news.

In the end, the deal meant that Stephanopoulos was first in line to face the cameras when major breaking news interrupted regular programming.

That changed earlier this month when Stephanopoulos was reportedly given a contract extension to stay on but give up his “chief anchor” role.

He will likely still handle breaking news in the mornings since he’ll likely already be camera-ready thanks to his “GMA” duties, insiders told CNN, but Muir will now helm most special reports and major coverage such as elections.

Muir reportedly didn’t like having to wait to hit the air until 6:30 p.m. eastern — something that happened during coverage of the Jan. 6, 2021, Capitol insurrection when Stephanopoulos handed over coverage to Muir.