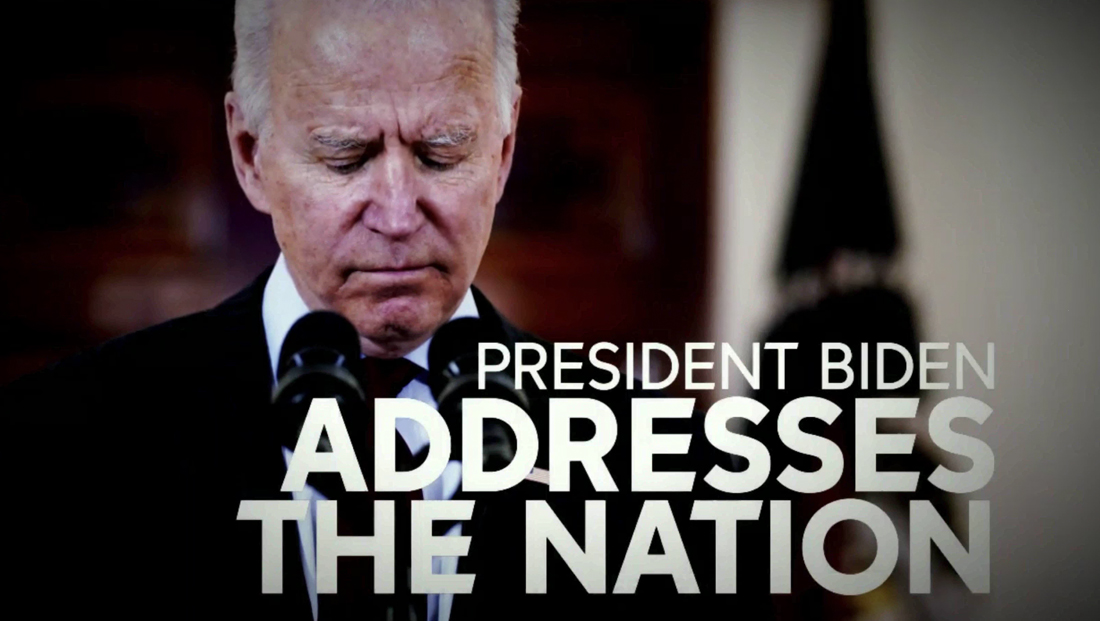 ABC News kicked off its coverage with one of its now trademark dramatic extended opens.

ABC’s coverage also marked one of the first major special reports David Muir anchored instead of George Stephanopoulos after a high stakes contract renegotiation between the two men on how network special reports would be handled.

NBC News used a modified version of its inauguration graphics package that was first used in January 2021.

CBS stuck with its normal special report look, though it did feature a view of the Capitol behind anchor Norah O’Donnell.

CNN ran coverage as part of a specially branded hour of “Anderson Cooper 360,” while MSNBC aired a special edition of “All In with Chris Hayes anchored from in front of the Lincoln Memorial in Washington, D.C., and titled as “All In America: The Year We Meet Again.”

Fox’s cable network ran coverage under “Tucker Carlson Tonight” along with a series of seemingly sarcastic banners and a live “reaction cam” of host Tucker Carlson.