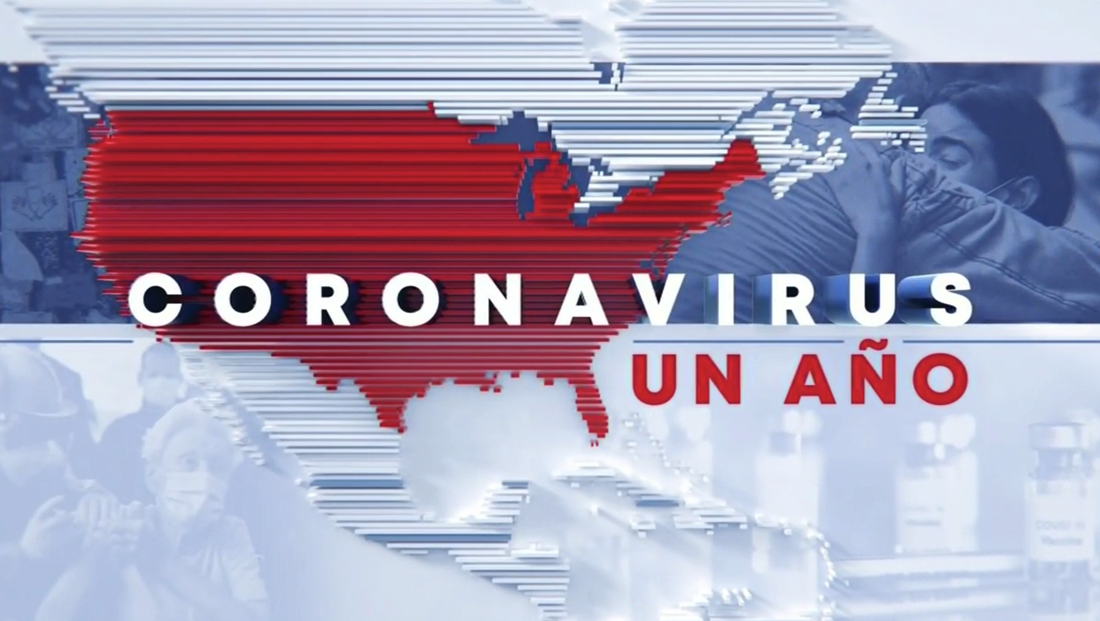 “Noticias Telemundo” offered a special edition Thursday, March 11, 2021, marking “un año” of the coronavirus pandemic with a newscast from the field that incorporated augmented reality.

The newscast was anchored from in front of the Jackson Memorial Hospital in Miami, the same city it normally broadcasts from (and not to be confused with a hospital in Jacksonville, Florida).

The three anchor newscast featured José Díaz-Balart, Julio Vaqueiro and Arantxa Loizaga (who joined Telemundo from rival Univision in January to anchor a revamped morning newscast) and originated from under a covered entryway on the south side of the hospital’s main building. 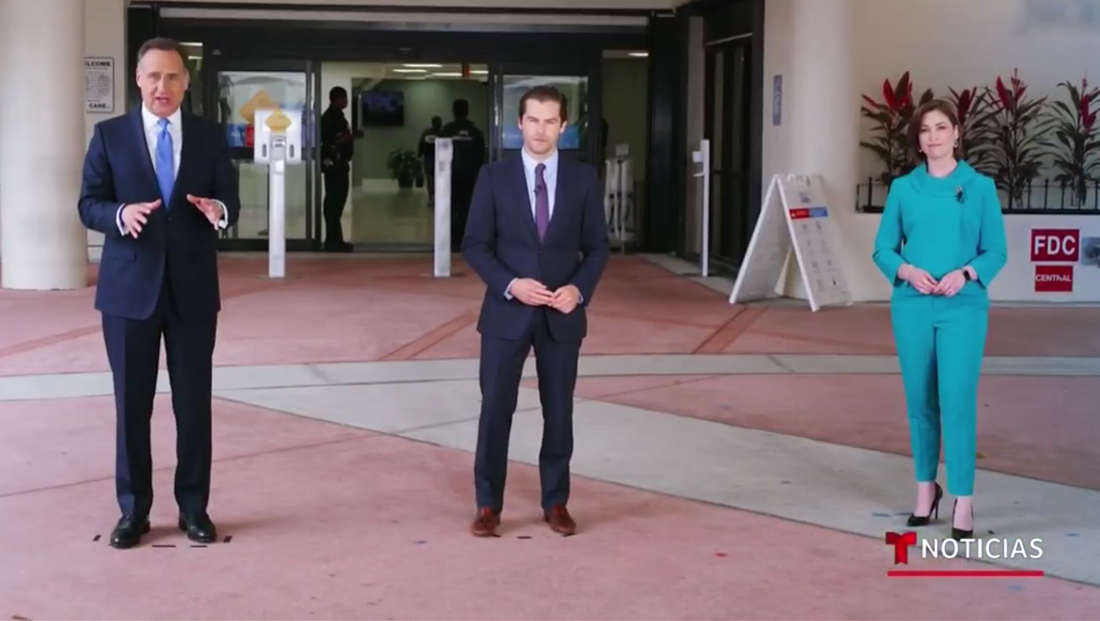 In addition to taking advantage of the outdoor setting as a safety precaution, the anchors were also, in true 2020-2021 style, socially distanced (in the image above, each can be seen standing inside marks on the ground).

Not a stranger to augmented reality in studio, Telemundo brought some basic applications into the field as a way to show key data and imagery next to the anchors. 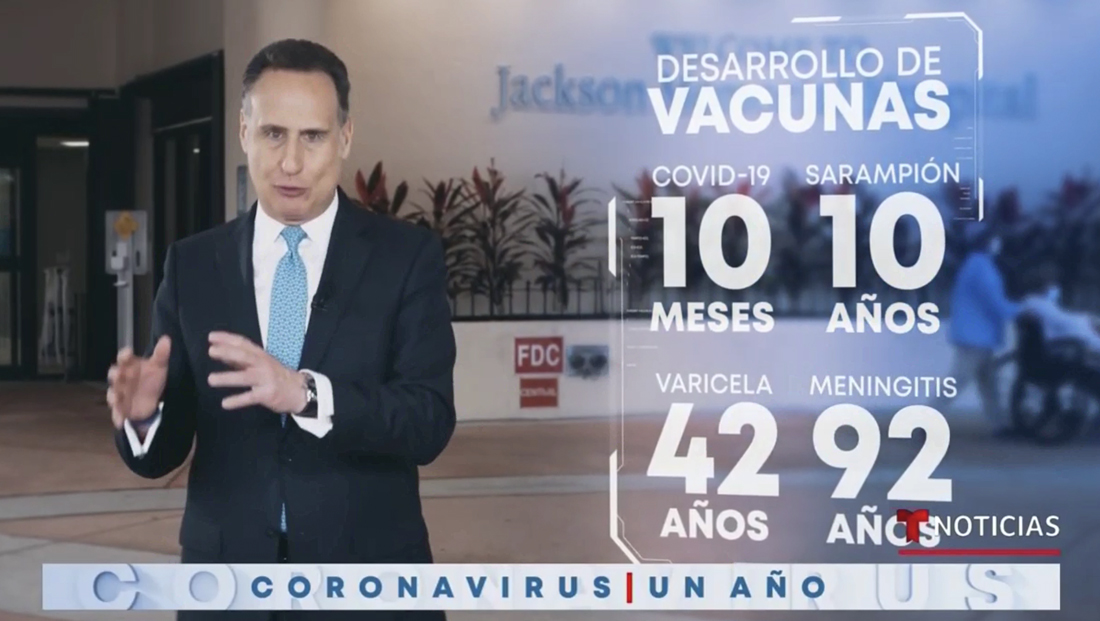 The “sidebars” were typically “framed” inside of graphical hashmarks and border elements while the network appeared to also be able to blur out both passersby behind the anchors as well as the building’s signage when it would likely have competed with the topical text.

The network also used a specially designed open and graphics that featured the word “Coronavirus” prominently along with the “un año” (which translates as “one year”) subtitle.

The rest of the look featured the network’s trademark bar motif to create a simplified world map with the continental U.S. in bold red along with faded medical and scientific themed imagery.

The word “coronavirus” — sometimes with the middle letters faded out, was also showed in varying degrees of 3D.

Animation included “zooming out” of a triangular shape formed from the isolated part of the “A” in the word “coronavirus.”

A similar look was used later in the evening for coverage of President Joe Biden’s speech.