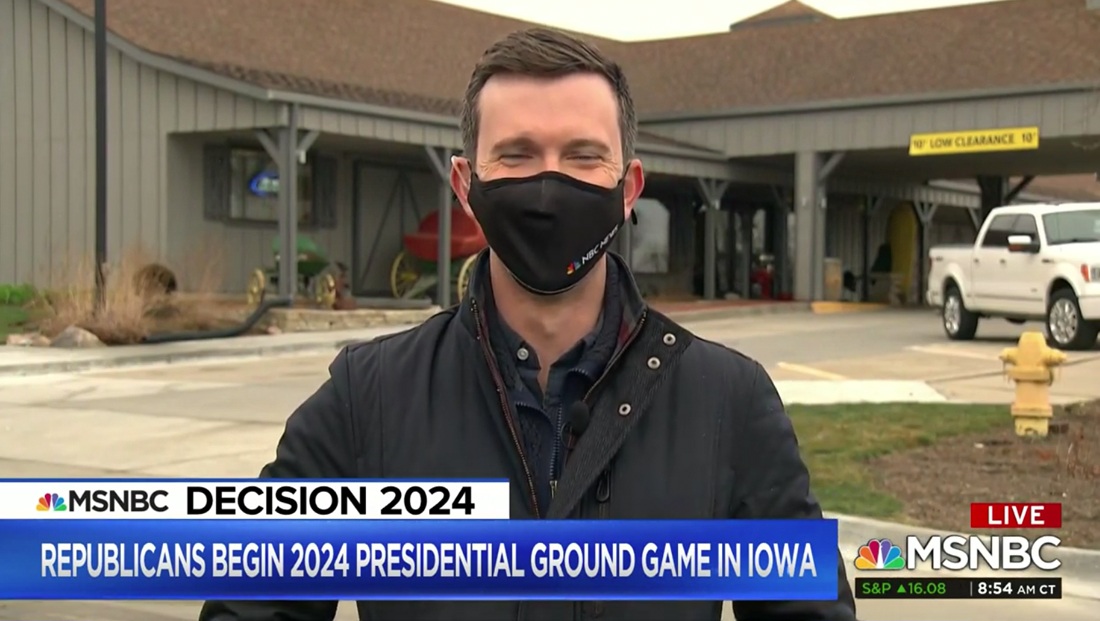 It’s only 65 days after President Joe Biden’s inauguration and MSNBC hit the air with a “Decision 2024” flag on one its normal lower third banners March 26, 2021.

MSNBC itself noted it’s over three years or 1,000 days from the 2024 Iowa Caucuses (which are well before the election itself).

During “MSNBC Live,” March 26, Geoff Bennett, filling in for Stephanie Ruhle, tossed to Vaugh Hillyard who, he noted, had just gotten off the 2020 campaign trail, in Urbandale, Iowa.

While Biden has indicated he’s planning to run for re-election in 2024, no other candidates have officially thrown their hat in the race. Hillyard was in Urbandale because Donald Trump’s former secretary of state Mike Pompeo had been in town hobnobbing with local GOP politicos.

MSNBC didn’t use its full on “Decision” logo or matching lower third design, instead it appeared the words “Decision 2024” was simply typed in the top tier of the lower third, it nonetheless followed the NBCUniversal family’s longtime use of the “Decision (Year)” branding for its election coverage.

NBC has largely used “Decision” as its election branding since at least 1976, though some years only the last two digits of the year were used instead of the four digit version.

Some notable departures included, 2018 midterms when NBC and MSNBC used “The Vote: America’s Future.” Earlier, during 2016, “Decision Night in America” was used on NBC, while “Vote!” was used on MSNBC.