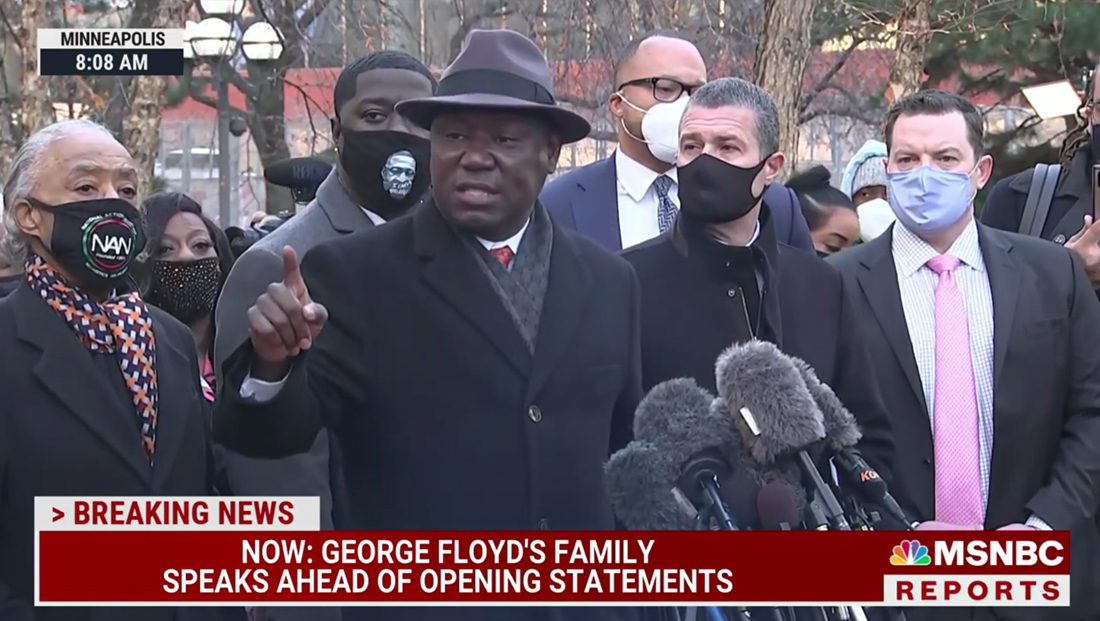 MSNBC completed the rollout of its new on air look — that includes rebranding its rolling news coverage and introducing a new logo — with new opens and wraparound graphics for its newly renamed “MSNBC Reports” March 29, 2021.

“Stephanie Ruhle Reports,” which kicks off weekday news coverage right after “Morning Joe,” showed off the new “MSNBC Reports” open that combines multiple views a 3D space in blue, white and gold combined with NBC peacocks and textural accents with photography of Ruhle.

Many of these elements appear as “floating” boxes at various angles.

The network had switched over to the updated bug and insert graphics, commonly called “chyrons” despite them not always generated by the company of the same name, earlier in the day, but Ruhle’s hour showcased a full scale rollout.

In addition to a redesigned bug that alternates between the show logo, such as “Morning Joe,” (or the word “Reports” in the case of rolling news coverage), March 29’s broadcast also showed off some of the flexibility of the new look. 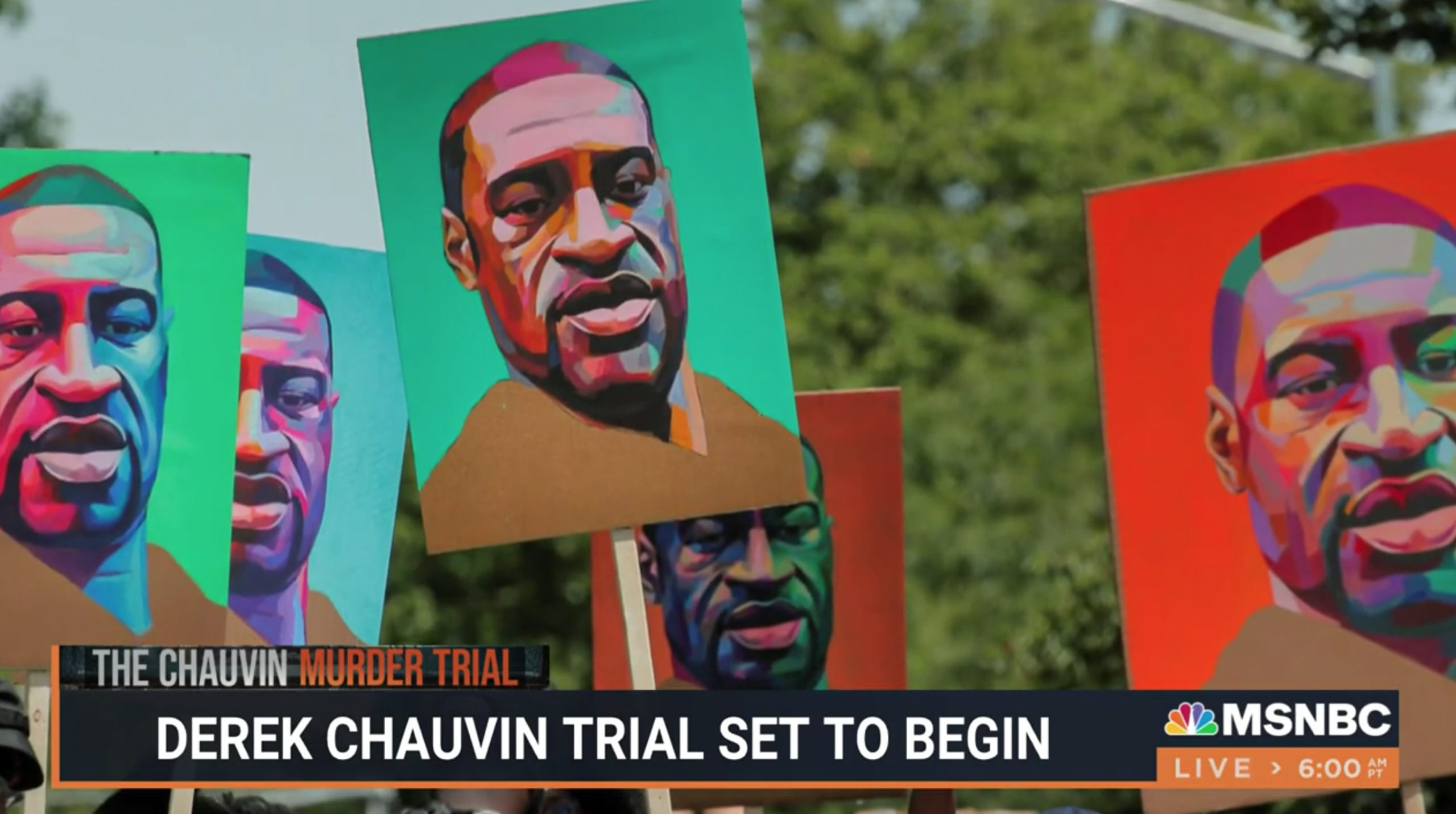 The entire banner and bug can change color to match current topics or shows’ looks.

For coverage of the Derek Chauvin murder trial, the lower thirds were switched to dark gray and orange to coordinate with the network’s “The Chauvin Murder Trial” branding, with the bug’s box behind the logo changing to gray and the live and time area below becoming orange.

Banners can also include animated transitions with oversized typography, such as between a standard or topical look to breaking news, which uses a deep red background behind the logo bug.

Graphics typically have a colored line running along the bottom that continues up the left side and into the top tier of the L3, typically used to identify the segment or topic.

Text in lower thirds, which is set in Roboto, according to NewscastStudio sources, is centered. 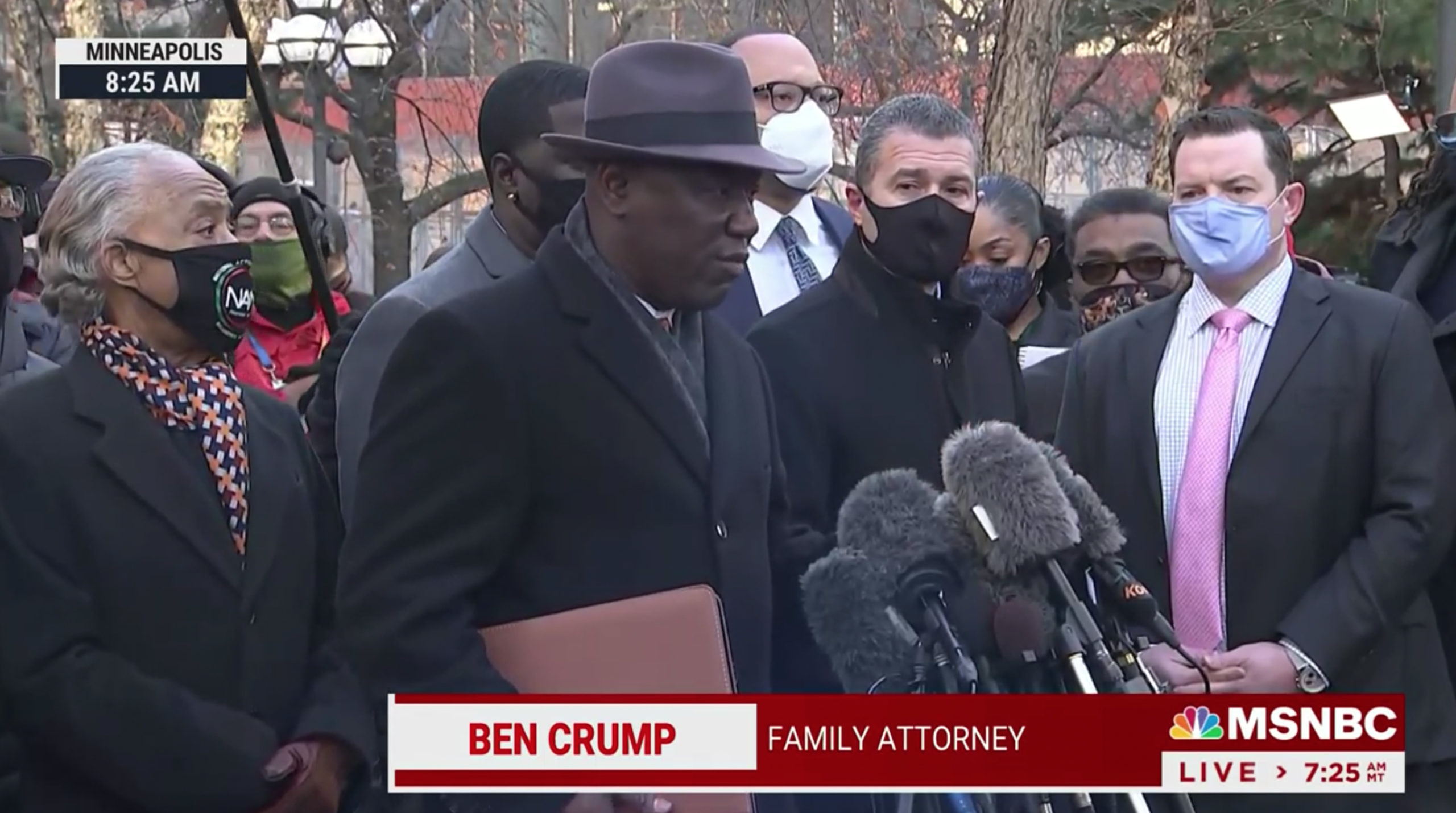 For traditional lower thirds identifying who’s on-screen, the banner shrinks to about two-thirds of the width of the screen with a name in a box and title or description to the right.

Locators in the upper left of the screen have also been updated.

In addition, there are new breaking news stingers and a wipe used as a rejoin, each of which use a distinct perspective.

Musically, “MSNBC Reports” has switched to the cue “We Are Forever” from VideoHelper’s “Win or Go Home” album.

Below are looks at each of the color-coordinated and branded looks for the network’s afternoon and primetime programming with the exception of “Deadline: White House,” which did not air March 29 due to Chauvin coverage. 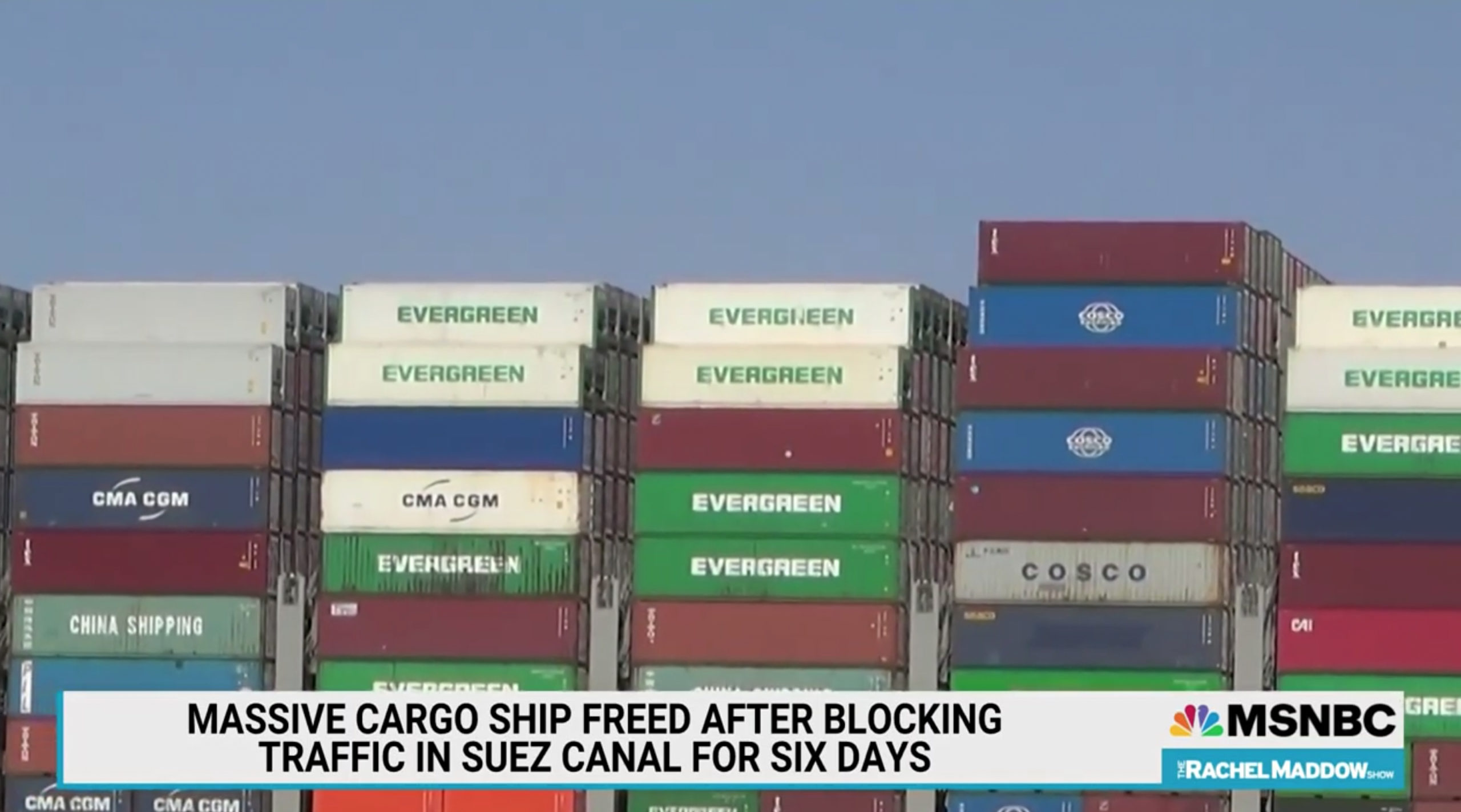 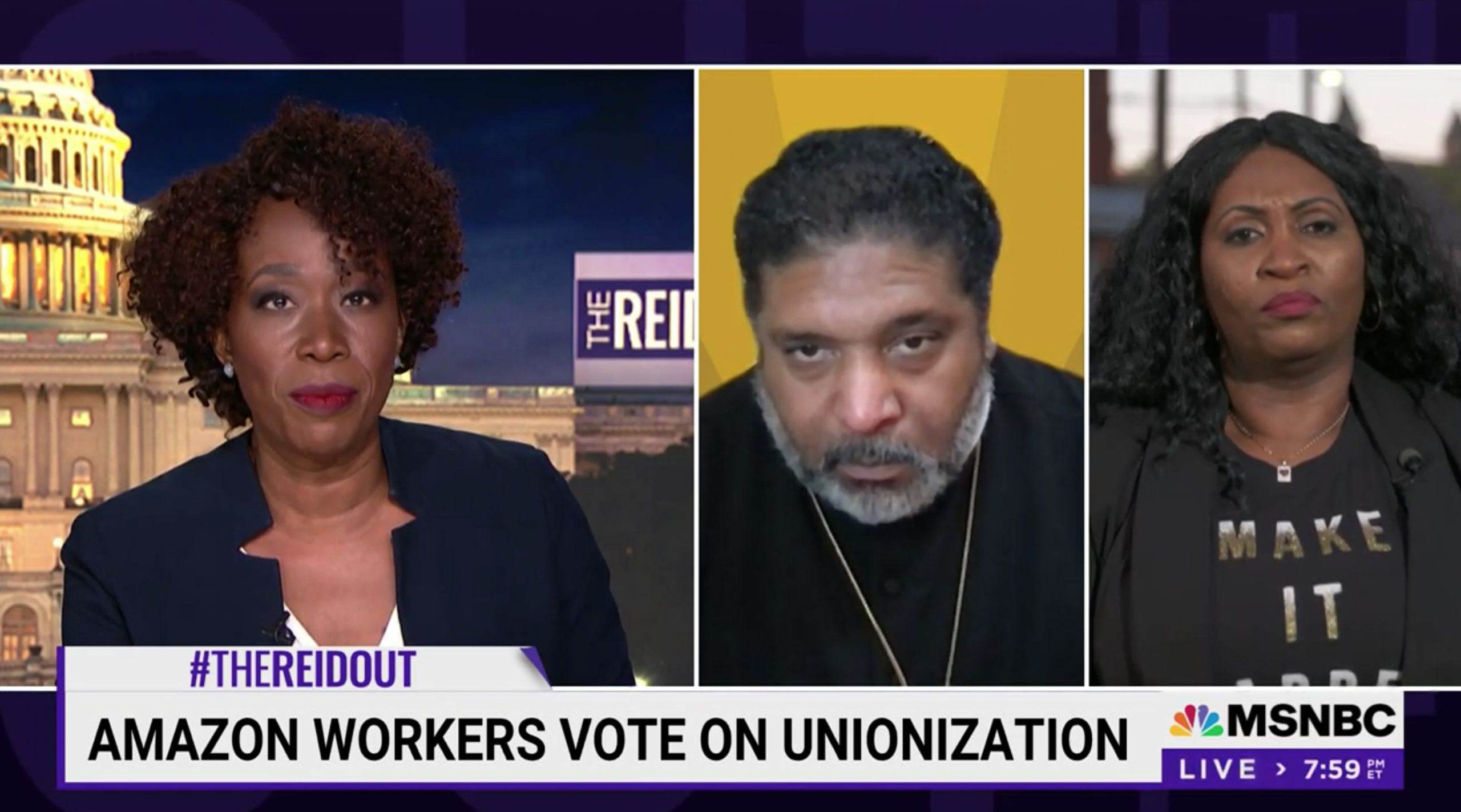 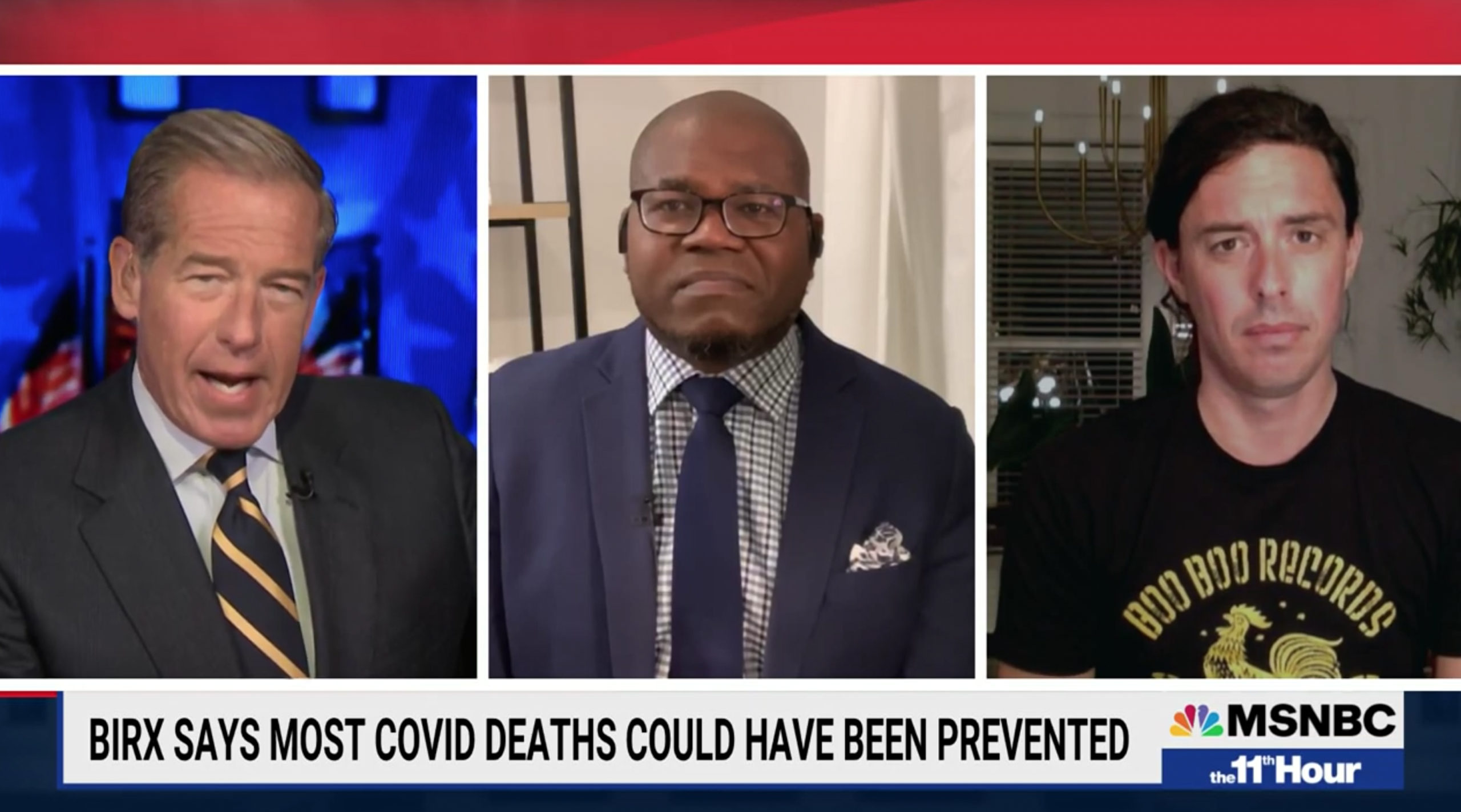 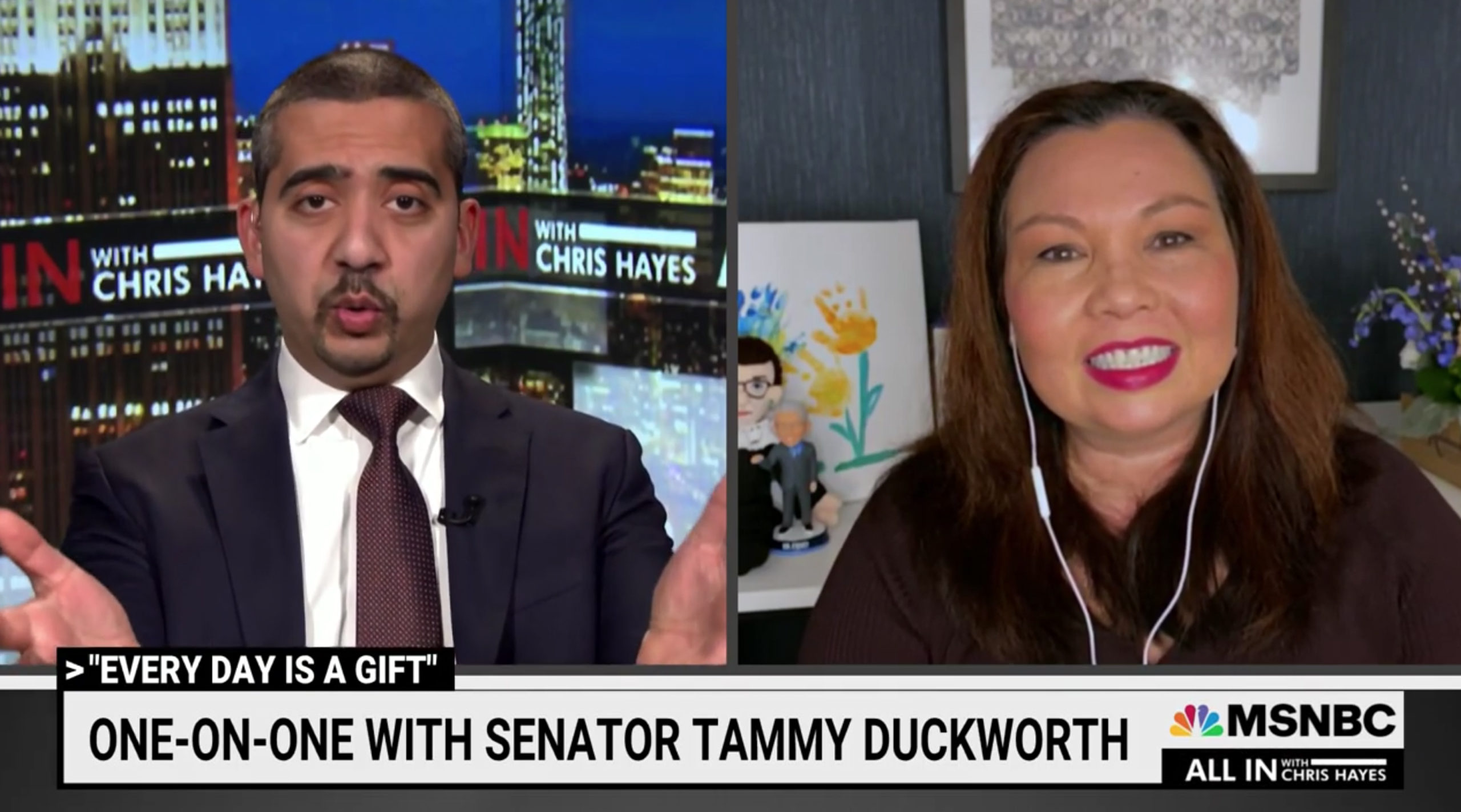 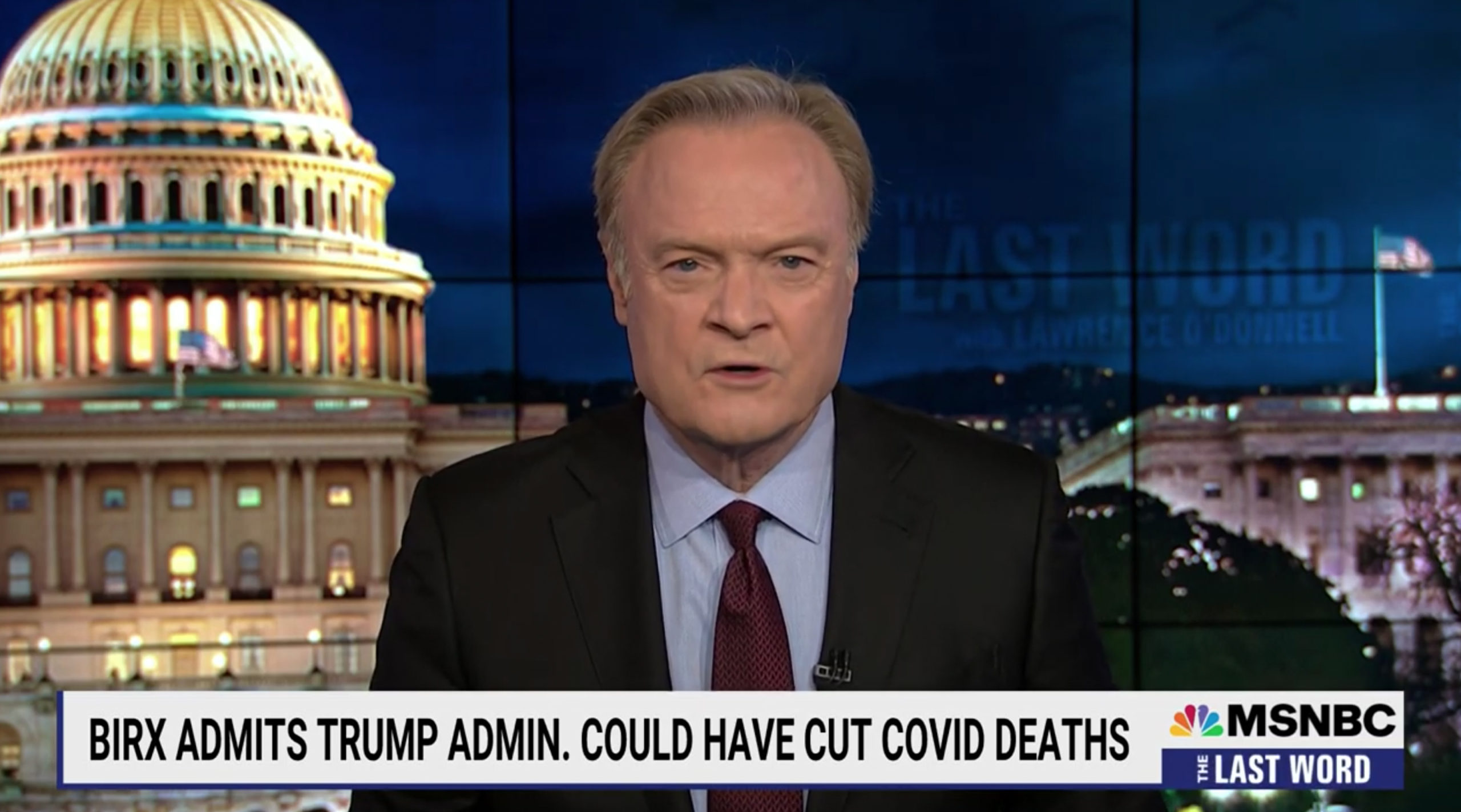 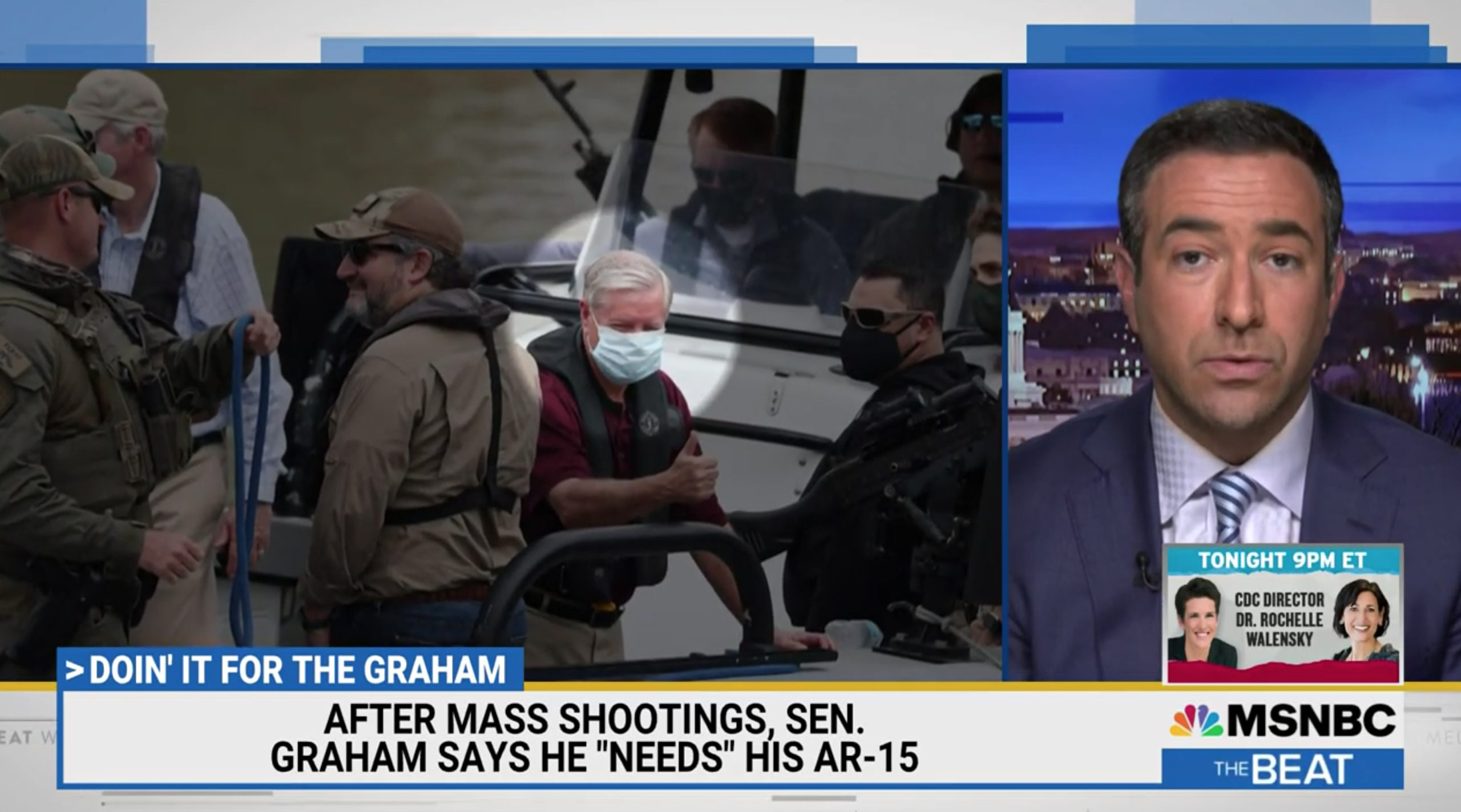