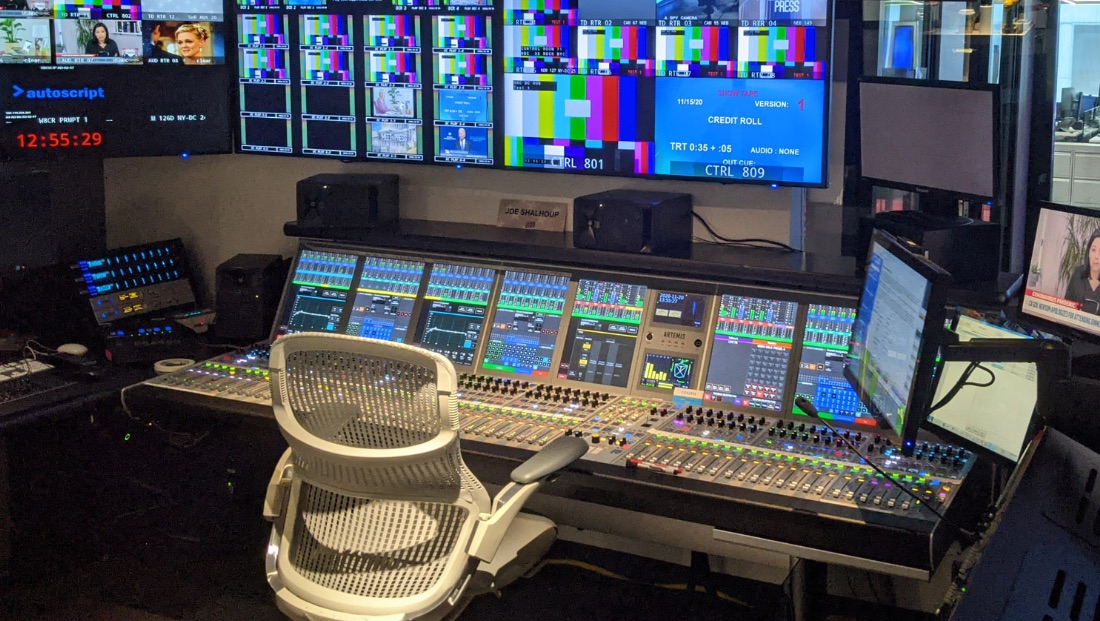 As part of a recent broadcast facility project in Washington, Calrec’s Artemis Shine audio console was utilized in the control room build-out.

“I come from the OB truck world and Calrec desks are pretty much the standard. The client was already using Calrec consoles, and with the Artemis being so versatile and working effortlessly with Evertz router controls, the 64-fader desk fits the bill perfectly. Overall, this is a SMPTE 2110 and AES 67 build, but there are multiple protocols being used including Dante and MADI. Calrec has a close relationship with Evertz, allowing effortless audio signal integration with the flexibility required,” said Paul Nijak of BeckTV.

A large number of inputs and outputs are being shared across the client’s facilities.

“They have a lot of signals that come in and out from this location; this is a new hub for them and they distribute audio to their New York, Charlotte and Denver locations,” said Brendan Cline of BeckTV.

“Our Artemis consoles are widely used on major productions with high-profile work, and we’re incredibly pleased that BeckTV chose it for this very important customer of theirs,” said Helen Carr of Calrec.