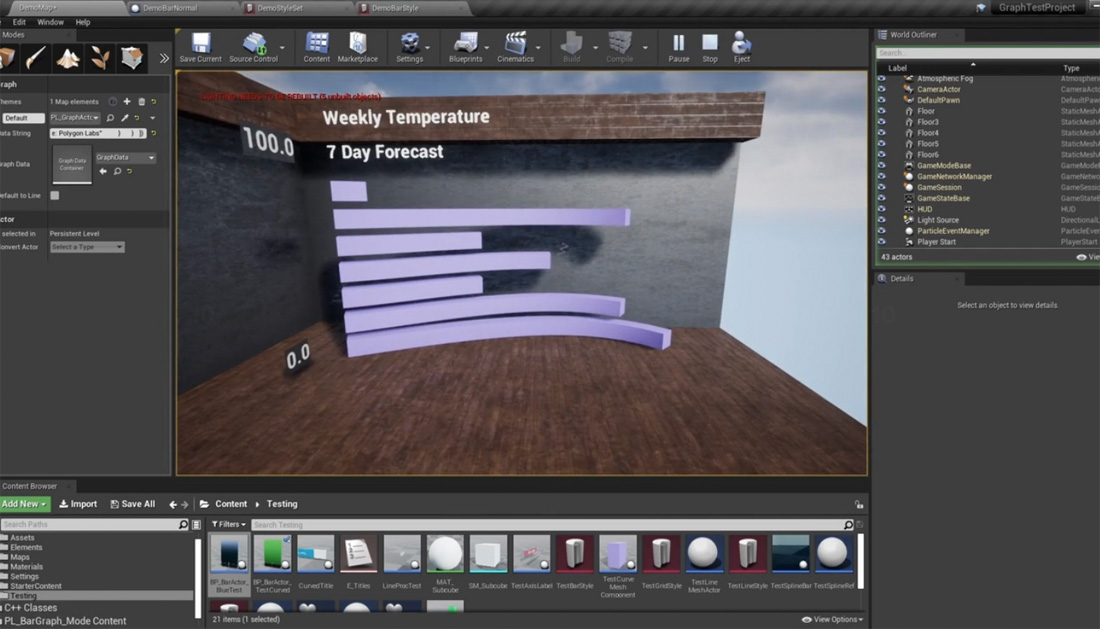 Asset Hub is a web-based, centralized platform that can be hosted on-site or in the cloud and is already used by apparel brands and the retail world with adaption for broadcast use now near completion. With it, users can seamlessly import 2D and 3D files and associated metadata and can tag, group, store, browse, preview and distribute 3D assets to Unreal Engine.

Asset Hub provides the functionality to centrally store and distribute 3D assets across the production workflow with Unreal Engine, an important addition to Unreal Engine’s capabilities. Asset Hub will be available as a software subscription.

The new Visual Data Plugins are ideally suited for applications like finance, weather and sports, as well as for things like showing data for elections.

They create real-time bar, line, pie or candle charts with any data that users push through the Unreal Engine. Visual Data Plugins will be available on an annual subscription basis that includes upgrades, support and maintenance.

“We see these new offerings as a big step forward in broadening the use of Unreal Engine by integrating it with the existent production workflow that broadcasters already have in place,” said David Jorba of Polygon Labs.

Along with the two new features, Polygon Labs is also introducing Porta.

Porta makes it possible for Vizrt control tools to send data and commands to the Unreal Engine, with users able to control the Vizrt and Unreal Engine graphics simultaneously, bridging the gap between the two workflows.

Asset Hub and the Visual Data Plugins will be available from Polygon Labs at the end of Q2.