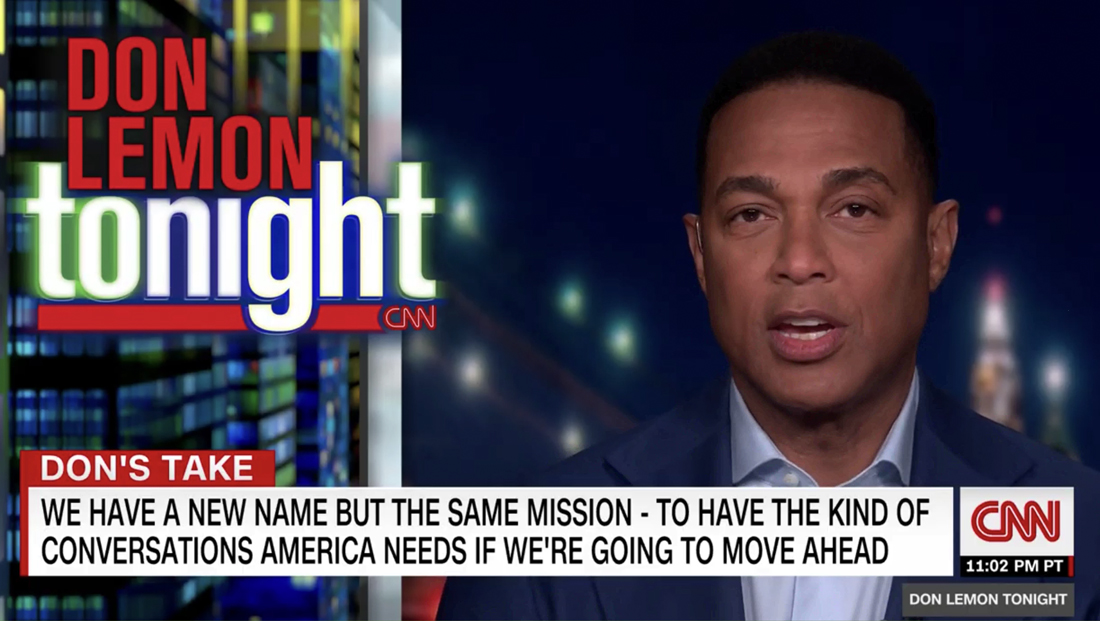 After setting the internet on fire with a cryptic announcement that lead many to believe he was leaving CNN, anchor Don Lemon debuted his newly renamed show “Don Lemon Tonight” Monday, May 17, 2021 with some minor graphics updates.

The new show largely follows the same format and approach as the old one and uses a graphic look and logo that’s mostly the same as well.

In addition to the obvious changeout of the new name, the logo in the sidebar graphic used at the top of the show got noticeably bigger. 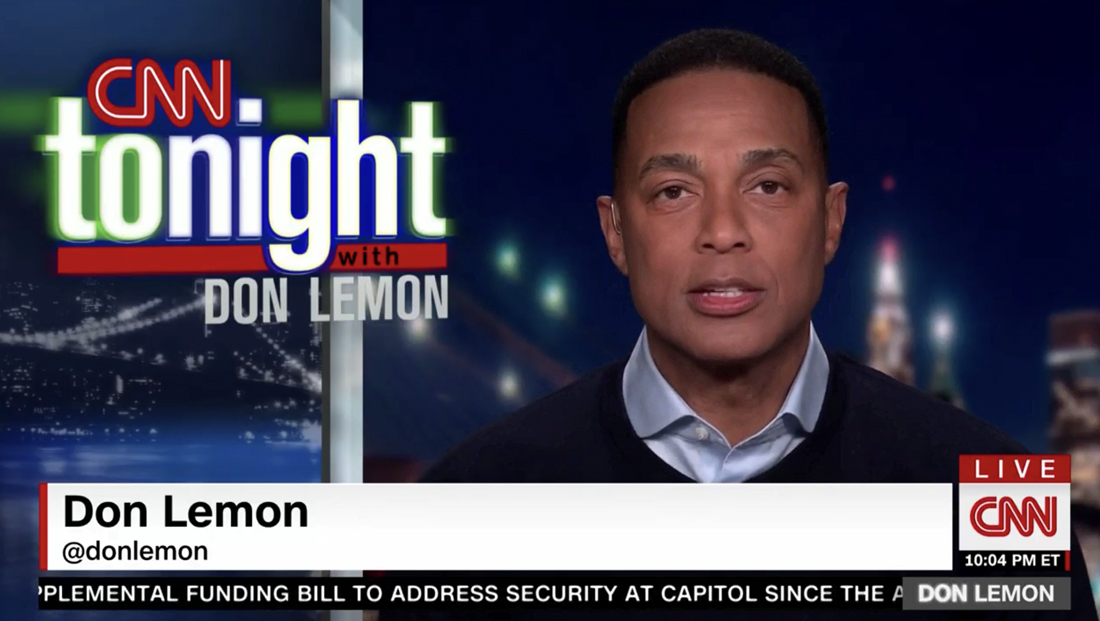 How the ‘CNN Tonight’ logo looked Friday, May 14, 2021, compared to the new look at the top of this article, which features larger typography and drops the bridge imagery in favor of the multicolored ‘skyscraper’ patterns.

The show doesn’t have a formal open, instead relying heavily on the now famous “handoff” between Lemon and anchor Chris Cuomo (which has become so popular it’s become the inspiration of a new podcast), who occupies the timeslot right before.

Lemon starts the show the sidebar graphic seated in front of a blurred, stylized New York City skyline background, which has not changed.

The show also has updated the short animated bumps used to go to break, which also feature an enlarged logo.

However, these sequences still make use of the colorful skyscraper motif and light burst animations.

Another, more subtle change, is that the dark gray box below the network bug and next to the ticker now reads “Don Lemon Tonight” rather than rotating between “CNN Tonight” and “Don Lemon.” 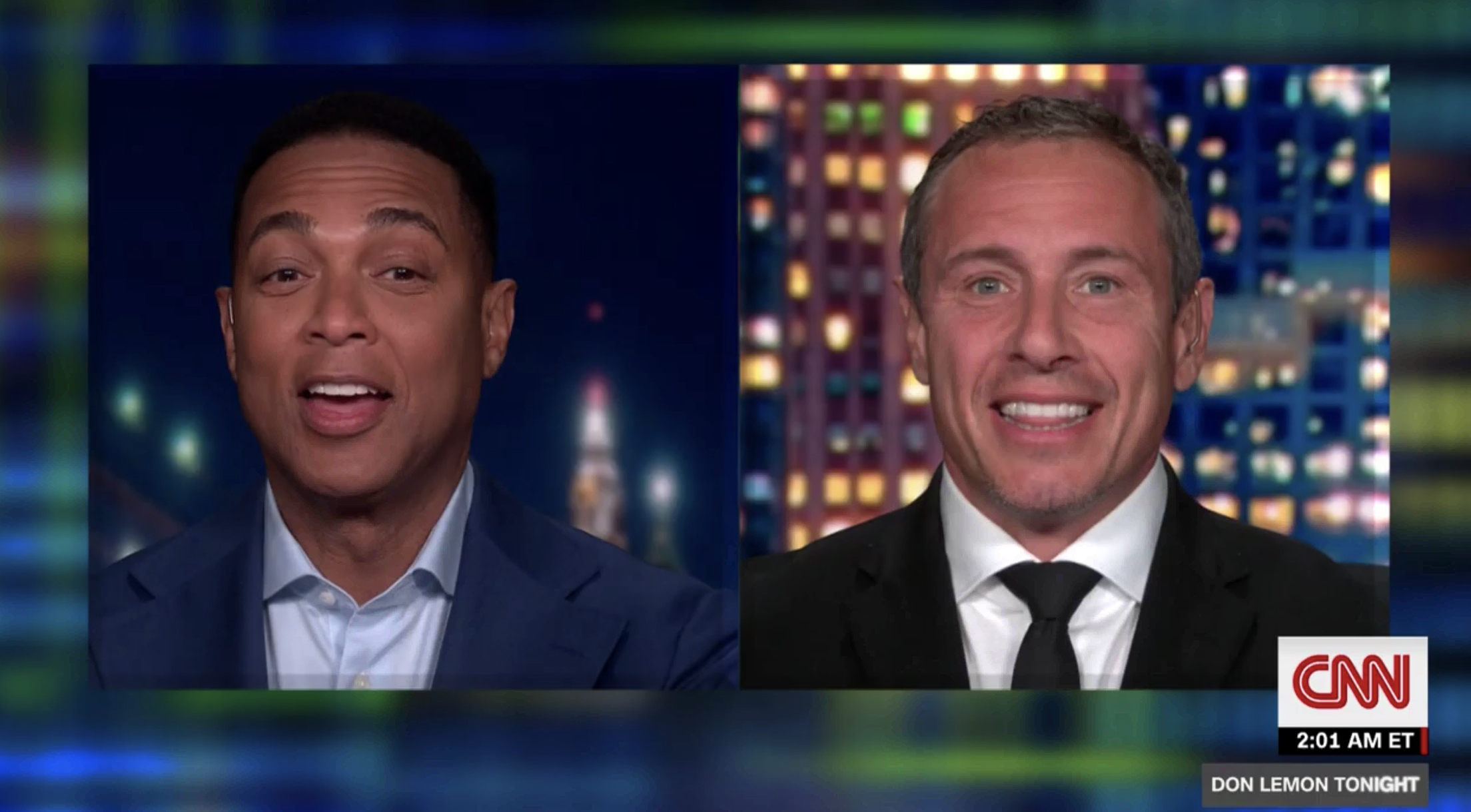 In order to fit all three words in, the text has been reduced slightly in size and also doesn’t have quite the “breathing room” on the left and right sides.