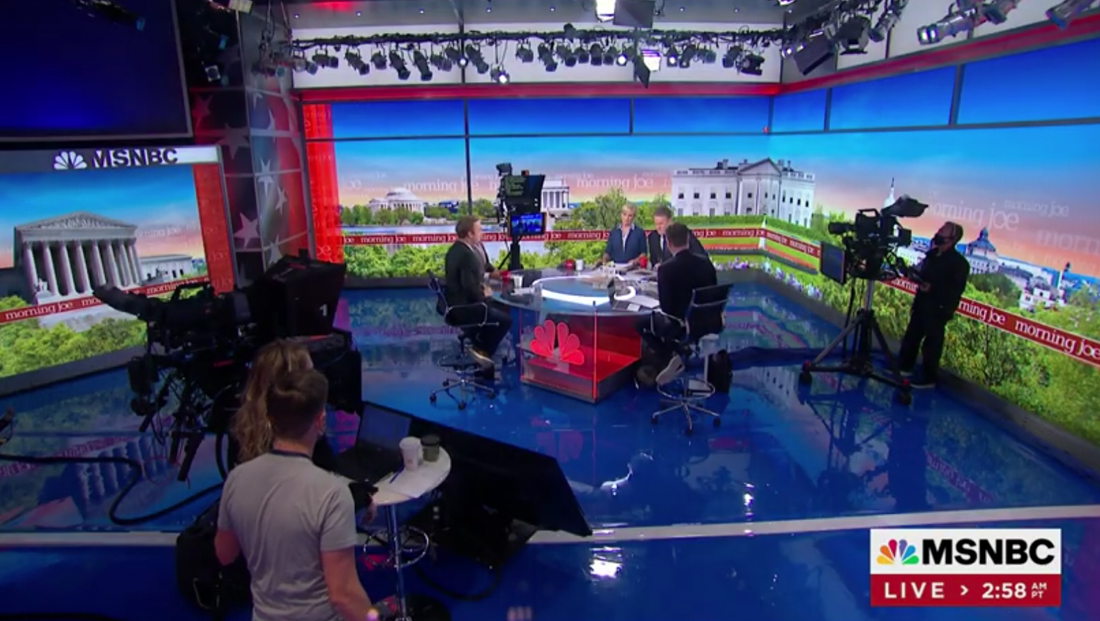 MSNBC’s “Morning Joe” returned both of its primary anchors to Studio 3A in Rockefeller Center for the first time since the coronavirus pandemic forced it and numerous other productions into remote setups.

For the first time in over a year, Joe Scarborough and Mika Brzezinski were back in NBC’s New York City studios Wednesday, June 2, 2021 — and sitting a normal distance apart.

The remote anchoring setup was perhaps a bit less noticeable on “Morning Joe” because Scarborough and Brzezinski regularly appear on the show from a studio set up in a home in Florida.

Scarborough changed his citizenship to Florida a few years back because there is no state income tax — which reportedly saves him upwards of $550,000 a year as opposed to when he lived in Connecticut.

To qualify as a Florida resident, Scarborough must be in the state at least 183 days a year and, with him being a high profile TV personality whose locale would be fairly obvious since he appears on TV every day, the network settled on the remote studio setup arrangement for him years ago and that practice continued when he and Brzezinski married in 2018.

The setup has a small anchor desk, a row of monitors that can display Washington, D.C. themed imagery and a variety of equipment, some of which can be controlled remotely, including robotic cameras and lighting.

In some ways, it was an interesting foreshadowing of what would become the norm for many TV personalities during the pandemic.

Because of Scarborough’s unique situation, the show was often produced with some talent in New York and some in Florida before the pandemic and that practice will presumably continue.

Scarborough and Brzezinski anchored Monday, May 31, 2021 (the Memorial Day holiday), and Tuesday, June 1, 2021, remotely but made their return to Rock Center with the control room playing “Welcome Back,” the theme song for 70s sitcom “Welcome Back, Kotter” over a view of Manhattan to open the show.

The pair noted Willie Geist has been back in studio for about a week and a half as networks, including MSNBC, slowly begin resuming normal operations.

Joining them around the circular desk in the corner of Studio 3A was Jonathan Lemire, who anchored “Way Too Early” from a different area of 3A immediately prior to “Morning Joe,” filling in for Katy Tur, and the Rev. Al Sharpton, fresh back from Tulsa, Oklahoma, where he attended ceremonies to mark the anniversary of the Tulsa Race Race Massacre.

“And I rushed back last night for the historic descending of Joe Scarborough from the studio on high,” Sharpton joked.

“Descended for three days,” Scarborough threw in, which drew awkward responses arounds table, presumably because the reference sounded as if he was referring to the three days between Jesus Christ’s death and resurrection referenced in the Bible.

In reality, the three days was likely referring to plans to be in studio for the rest of the week.

Many networks are relaxing health and safety protocols and allowing more talent and crew back into studios and letting personalities go back to sitting at more normal distances than the six-plus feet used by many for months now.

While individual policies vary based on the network or station, most of these changes have been credited on air to talent and crew being fully vaccinated, which has also prompted some broadcasters to relax mask requirements.

Many TV personalities have publicly acknowledged being fully vaccinated. 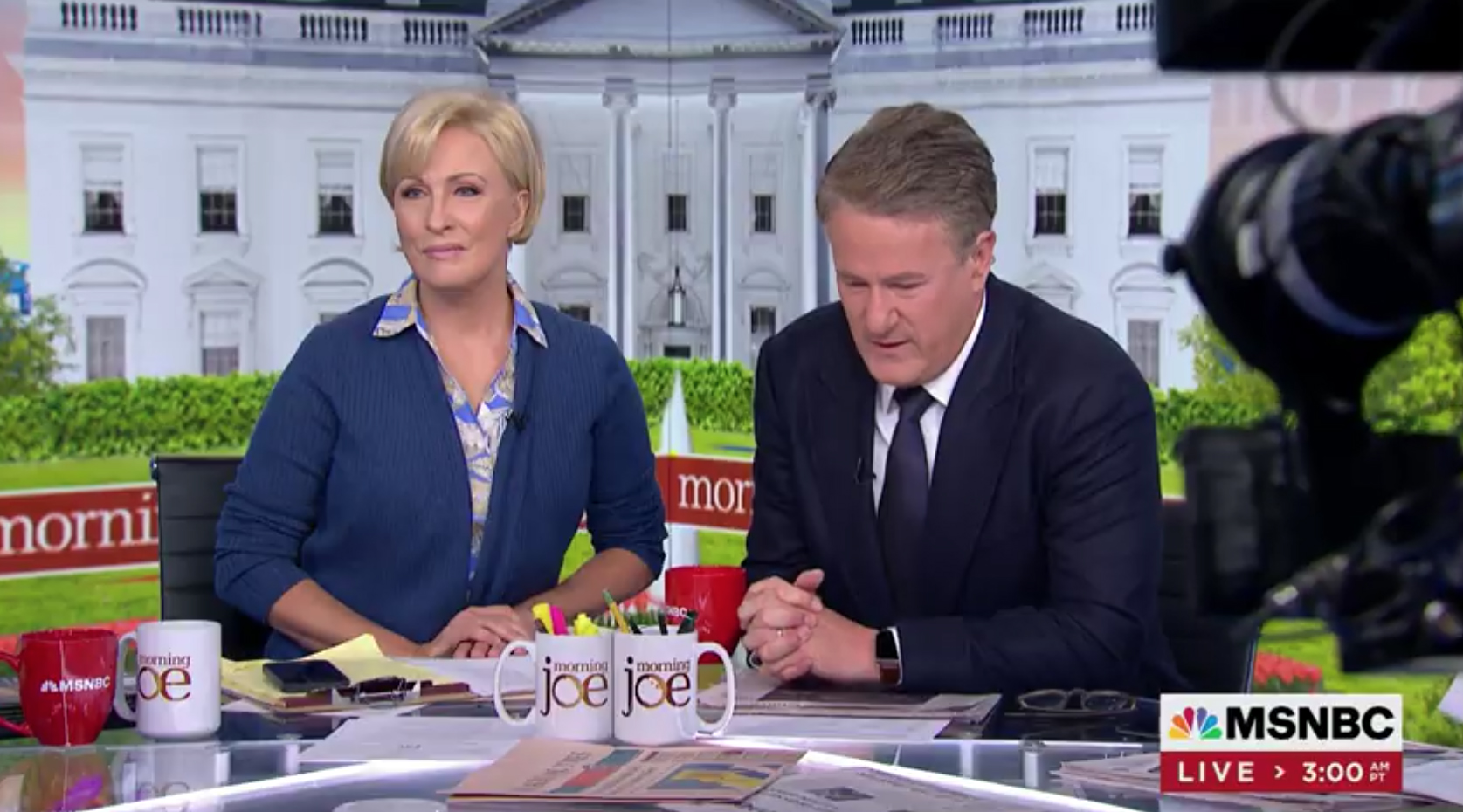 Perhaps not used to a full in-studio production, one of the handheld cameras used to capture wide views of Studio 3A appeared briefly on Mika Brzezinski and Joe Scarborough’s two shot near the top of ‘Morning Joe’ Wednesday, June 2, 2021.

Incidentally, while Scarborough and Brzezinski were dating, they reportedly would often sit in the same studio when not in New York, sometimes just feet from each other, but not in a typical two shot, with the network boxing their shots, creating the illusion they were not in the same location.

There are other times when the pair are separated — with one in the New York studio or on the road due to other obligations.