Chicago anchors battle it out with ‘monster fly’ 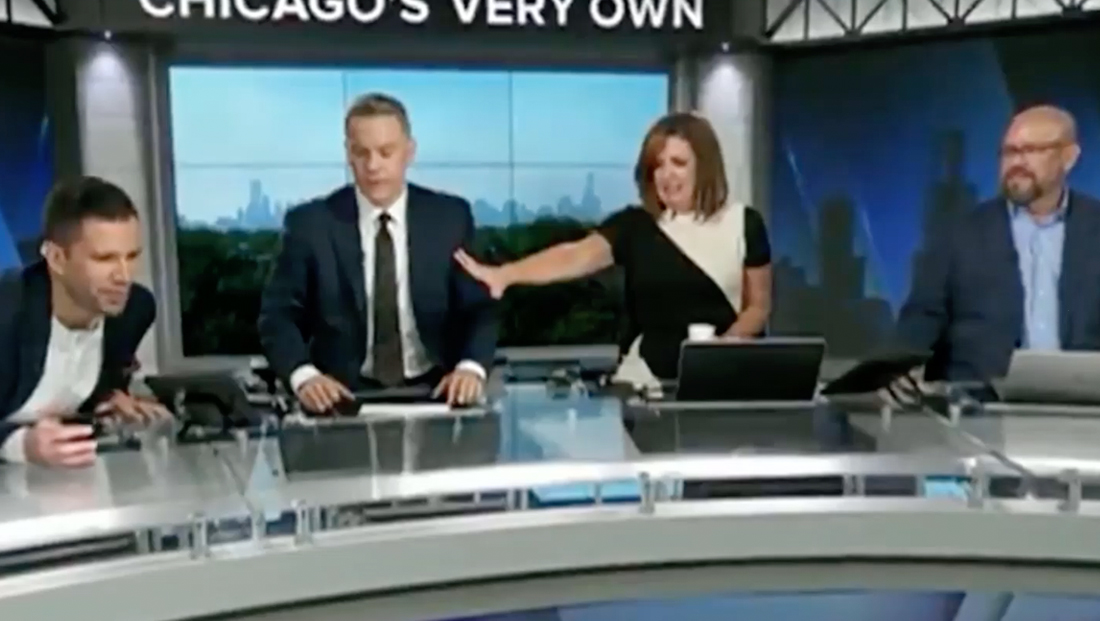 Four Chicago anchors found themselves battling the most pesty kind of viewer — an insect that decided to get a front row seat of sorts during the station’s morning newscast.

The team then faced a dilemma — squash the “monster fly,” as they called it, on air and face possible backlash from viewers or let the critter hang out in the studio and watch with its numerous eyes (many insect species have multiple or compound eyes).

As they debated it, sports anchor Pat Tomasulo reached across the desk, prodding at the bug while anchor Robin Baumgarten yelled “don’t touch it!”

A camera operator even managed to get a decent shot of the tiny pest.

Eventually the insect flew off the anchor desk, only to return moments later, perhaps attracted to the chin fill lighting elements embedded in the anchor desk surface.

Meanwhile, the control room ran “Flight of the Bumblebee” music as well as sound effects of a bullet being chambered and then fired from a gun. Also used was a clip of the “screeching violins” and scream from the “Psycho” soundtrack.

Later in the newscast, weather anchor Paul Konrad was “attacked” by what the team assumed was the same one that had been hanging out at the anchor desk earlier while delivering his forecast at the key wall (perhaps it was attracted to the bright green surface).