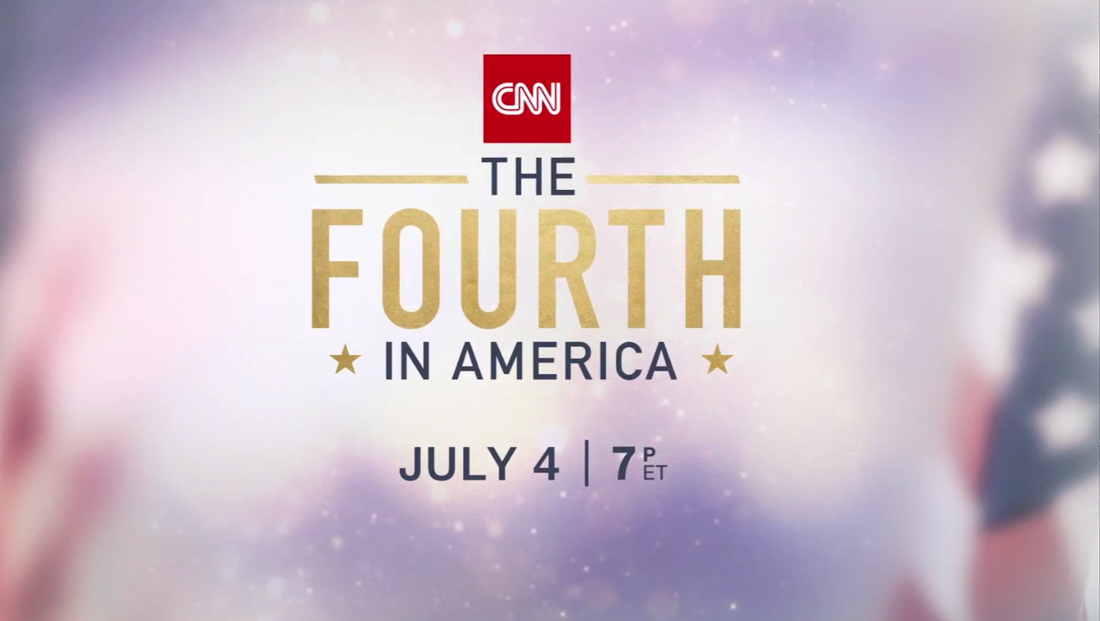 CNN will mark the Fourth of July with a special using a title that leverages its election branding.

“The Fourth in America” starts at 7 p.m. eastern in Sunday, July 4, 2021, and it’s not hard to draw parallels to the network’s “Election Night in America” branding.

CNN has used that name, along with the broader “America’s Choice” branding, since at least 2012.

For dayside coverage, the network uses the similar “Election Day in America.”

In 2018 and 2020, the network slapped the word “Continued” onto the title in the subsequent days after the election as results continued to come in.

The look for the special, as shown in promos for it currently airing, doesn’t appear to use the election graphics look of white 3D buildings, gray girders and red and blue ribbons, however.

Instead, gold texture typography and imagery of fireworks and American flags with a bright overlay are featured.

Dana Bash and Don Lemon will anchor the broadcast along with Victor Blackwell and Ana Cabrera stepping in for coverage geared toward west coast viewers.

The special runs until 2 a.m. eastern, which is 11 p.m. in the Pacific time zone.