Column: Automating the path from SDI to IP for broadcasters

In our last piece we gave you a history lesson in Broadcast 101. This time we’re getting deeper into the detail of broadcast technology, to examine automation in the context of navigating from SDI to IP environments.

More content is being created and viewed over more platforms by more audiences. Organizations are moving beyond HD, to 4K and even in the future 8K or 12K as well as aspect-ratio-free and resolution-free formats.

Today, distribution and delivery are as important as image quality or production values. As a result, the continued use of SDI or coaxial connections becomes potentially burdensome. One practical and cost-effective solution is IP transport.

Before you read further, you may be asking, why is an automation manufacturer talking about SDI to IP? What does one have to do with the other?

Operationally, nothing. But in terms of long-term efficiency, the right automation and control system can make an organization’s transition from SDI to IP a smoother journey. As today’s broadcast environments move to IP, connection and device management become more complex and heighten the need to orchestrate networks.

It’s important to work with a technology provider who can specify the right type of control system – one that operates with IP deployments of all scales, makes connecting IP devices as simple as SDI, simplifies configuration and deployment and can keep pace with IP technology and the latest standards as they are released, including NMOS.

IP can make SDI environments easier to manage, more practical, affordable and efficient. For example, instead of using four SDI cables for a live 4K production, a 25 Gigabit fiber-optic cable can move audio, video and metadata as data packets throughout a 4K production environment.

IP transport is format-agnostic, allowing broadcasters to use off-the-shelf IP networking technology that can route signals from any source to any number of destinations on a network. And the pairing of IP with diagnostics adds “intelligence” to a system.

For organizations considering renovating an existing facility or building a new facility, it would be wise to closely look at an IP implementation. Systems become much more flexible and manageable. Signal routing is easily manageable over an IP network, through a server or other network-connected devices with the proper authentication and access rights. Users can also set up different work groups with access to specific signals, sources and destinations.

If you’re migrating to ST-2110 (the set of SMPTE standards for sending digital media over an IP network), control for IP networks is even more critical, with video, audio, timecodes, all separated with each having its own route. Each has to be given a multicast address and then assigned individually.

Automation connects all the pieces in an IP workflow, ensures they’re all talking to each other and allows you to clearly map your whole process.

Column: The new role of automation in broadcasting

Gone are the days of plugging in some SDI cables and immediately seeing the picture from your camera on the monitor. The IP flows that are sent between a sender and a receiver need to be first initiated and then maintained and monitored at all times. Meanwhile, endpoints need to be configured and provisioned with IP addresses, multicast addresses, and port numbers.

The migration to IP-based facilities is in full swing within our industry. The immediate and long-term benefits are clear with vast opportunities for deeper systems integration, improved scalability, developing infrastructure as a service (IaaS), empowering remote productions, and finally dematerializing facilities and separating the productions from the data center.

All of these opportunities have to be encapsulated by platforms of the future which are built on interoperable and web-friendly technologies, with security as a core and not an afterthought (in fact AMWA has published a suite of security specifications aiming to provide just this core capability).

Control systems reduce complexity, reduce risk, increase productivity, while at the same time offering seamless integrations to other facility platforms. All of these have to be backed by the commitment of companies, their development teams, and their technology strategists to shape the next generation of products.

Detailed workflows can be engineered with multiple parts all being interconnected and architected by the control system. Connections are issued using NMOS IS-05 and all changes are tracked dynamically using NMOS IS-04 mechanics, which also allow for registration and discovery of devices.

NMOS IS-07 allows for raw or processed states to be sent out to different interested parties to increase the visibility of certain elements of the production process. For example, on-air tally lamps can be switched on, UMD labels can be set, and interconnected building signage systems can be updated to reflect the current production taking place.

Furthermore, because everything is based on technologies that underpin the internet, there is no reason why some elements of the control can’t be orchestrated from an MCR which is separated geographically from the production room. Remote productions are becoming more widespread and with that also comes the need for better integrations and control. For example, MCR may be able to lower the blinds down in the interview room on a particularly sunny day or adjust the level of lights at night.

Building for the Future

Here’s a quick recap of how and where the right type of automation and control can play a key role in IP environments:

There are clear desires for an IaaS world where platforms are cloud fit. This can be achieved by not only embracing modern technologies of the web but also building from the ground up using interoperable architectures like NMOS.

For all the potential benefits to workflows and budgets, IP is not only the way of the future, it’s also future-proof. It makes an organization ready to handle any production requirements or delivery specs. It’s migration at your own pace, at the right speed.

That covers SDI to IP environments. Next in our column series we will share our thoughts on interoperability. 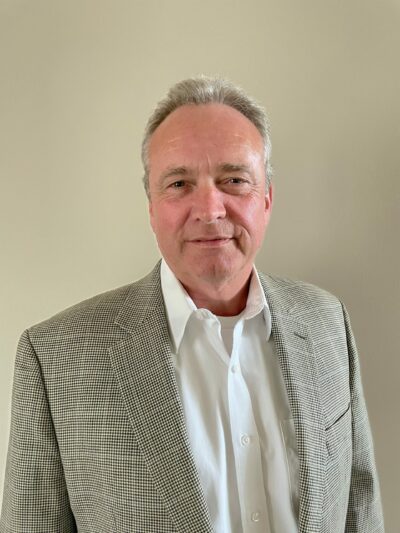