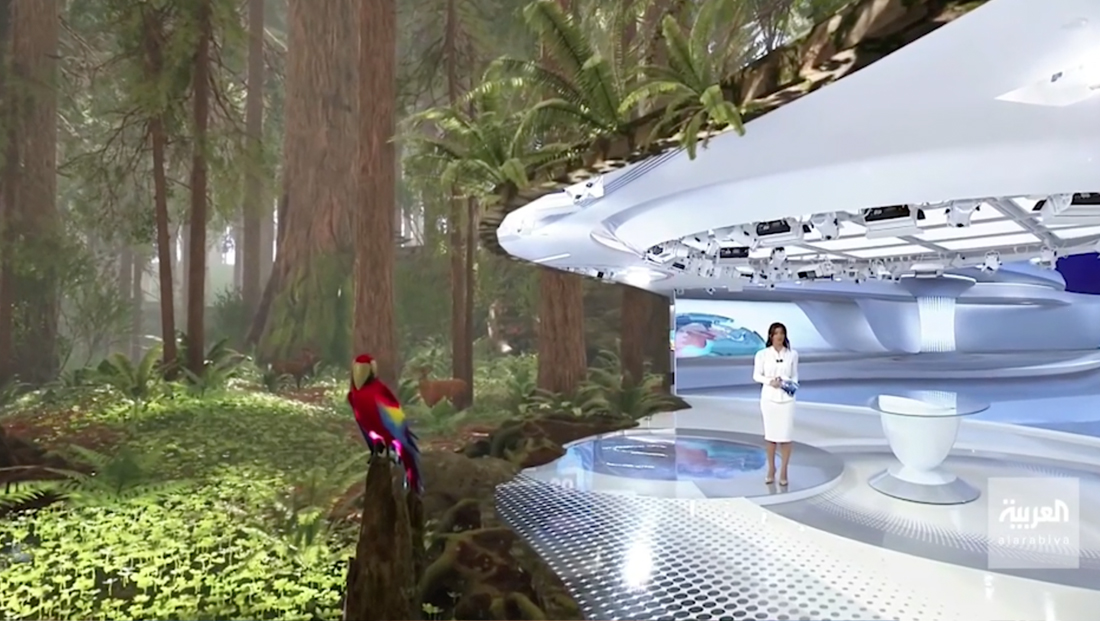 Al Arabiya (العربية‎) combined “real” footage of its studio with a “peel back” layer of augmented reality that showcased a virtual rainforest.

The Arabic language segment starts with talent standing on set as the viewport pulls back, revealing the effect of portions of the studio wall have been “removed,” giving the appearance the entire space has been “transported” to a rainforest.

As the presenter continues the narration, the view moves around the space, including giving viewers a view of a large colorful bird.

The segment is powered by Vizrt with rendering by Unreal Engine.